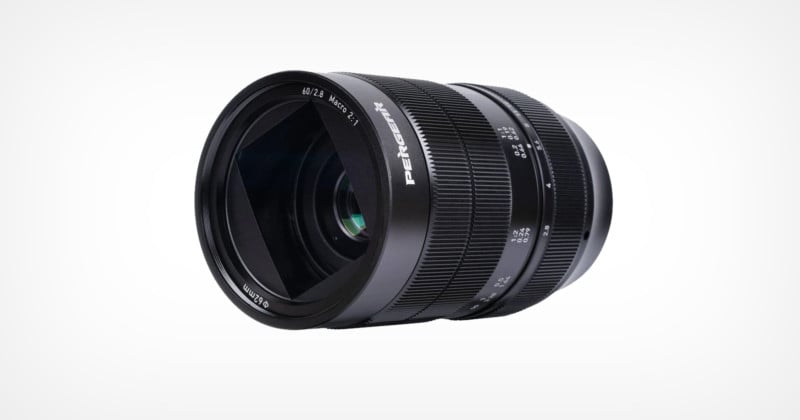 The company touts the lens as able to recreate “life-size” 2x maximum magnification photos and can focus as close as 19.1 centimeters (about 7.5 inches) and is therefore suitable for close-up subjects. It is a manual focus lens and as such includes marked distance and depth field scales to aid in precise focus control. 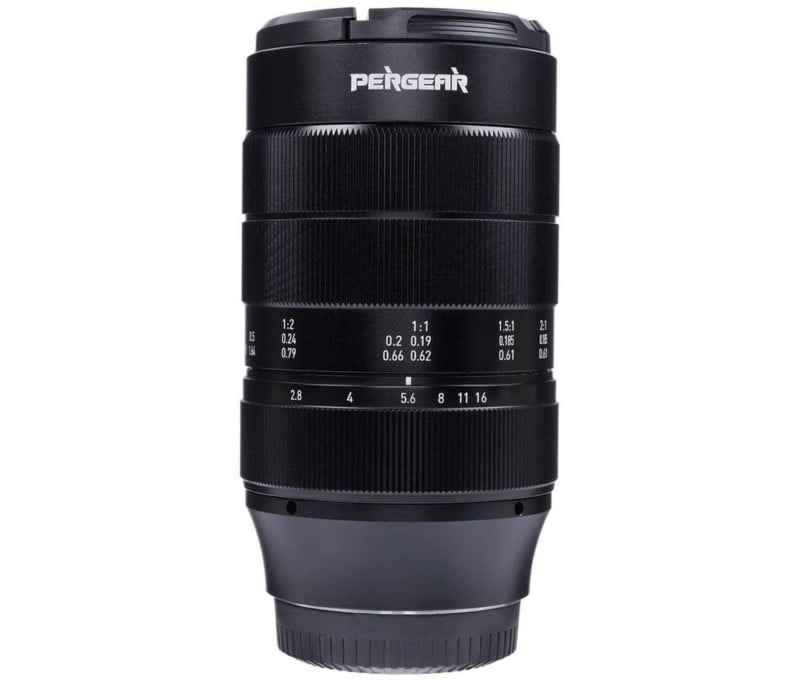 On APS-C camera bodies the lens is equivalent to 90mm on a full-frame and Pergear says that makes it suitable for both macro work as well as portraits. Its optical design consists of 11 elements in 8 groups, three of which are high-refractive index elements that Pergear says help control spherical aberrations and reduce distortion, which it says helps “realize high sharpness and accurate rendering.” The elements have also been treated with a multi-layer coating to reduce flare and ghosting and produce greater contrast and color accuracy when working in strong lighting conditions. It additionally features a 10-bladed diaphragm to help create a pleasing circular bokeh.

The lens also has a de-clicked aperture ring to allow for a smooth and silent rotation through the aperture range, which Pergear says makes it ideal for close-range video applications. It features a 62mm front element, weighs approximately 600 grams (about 21.2 ounces), and has a 22.6-degree angle of view. The lens does not have any built-in stabilization. 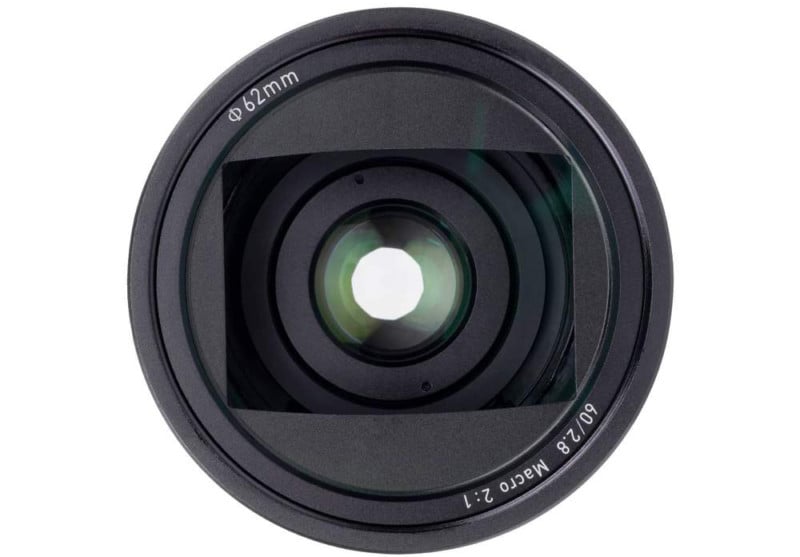 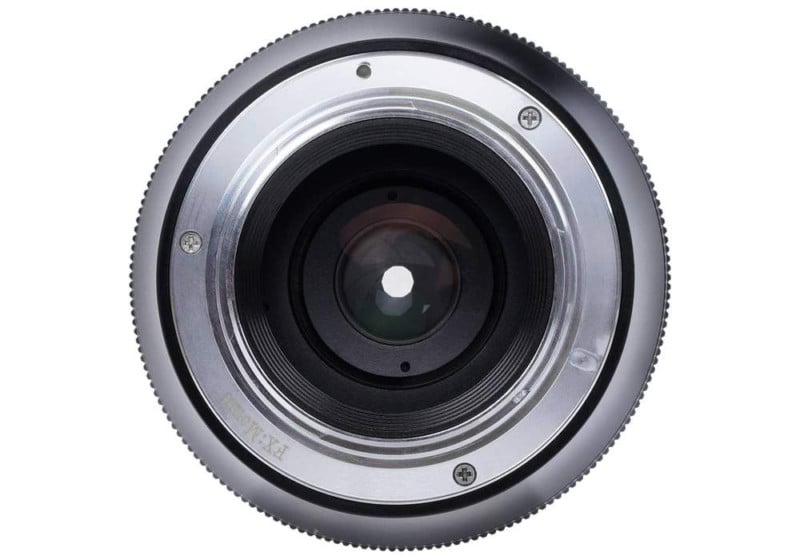 While Pergear says the lens is designed for cameras with an APS-C sensor or smaller (Micro Four Thirds), it can be used with full-frame cameras as well, with “slight vignetting while shooting at infinity.” The lens has a long list of compatible cameras from the four supported mounts, including the Nikon Z50, Panasonic GH5, Sony Alpha 6500, and Fujifilm X-T3. Notably, the Fujifilm X-T4 is not listed as compatible. For the full list of compatible cameras, check Pergear’s product page for the lens. It’s not clear why certain cameras need to be supported, as Pergear does not specify and it does not appear as though it offers any electrical connection with a camera. As such, it may not communicate with the camera and provide digital information, like EXIF.

Pergear has published a few sample images made with the lens, but they are of low quality and are not a particularly good way to evaluate its performance.

The Pergear 60mm f/2.8 Ultra-Macro 2x Magnification lens can be purchased directly from Pergear for $229.

This website is an interactive museum for classic video game worlds