What Do Otters Eat? What You Need To Know! 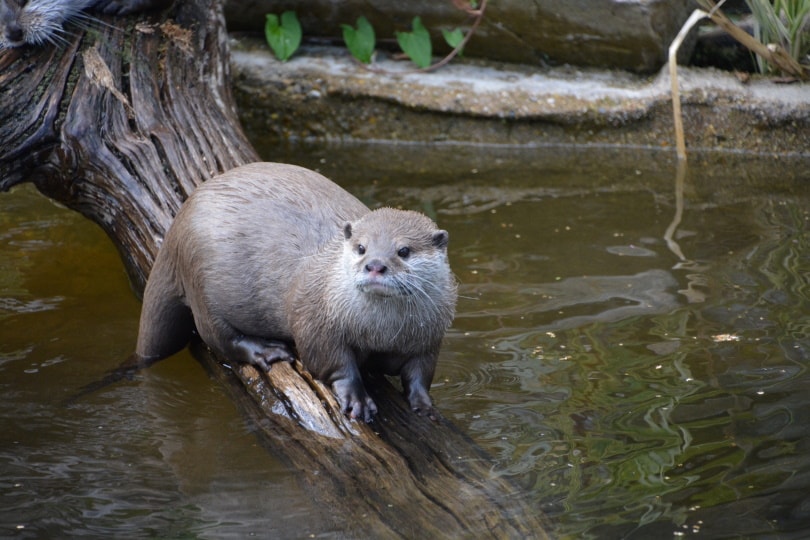 Otters are carnivores, which means they need to eat meat. Their webbed feet and whiskers make them adept predators, even when it’s dark or when the water is murky. However, an otter’s exact diet depends on its species and habitat. In fact, there are 13 species of otter that live in both saltwater and freshwater habitats all over the world. In this article, we will discuss different otter species, where they live, and what foods they typically eat.

Where Do Otters Live?

Species of otters can be found all over the world. Otters can be aquatic, semiaquatic, or marine, which means they need to have access to a body of water. Some otters, such as cape clawless otters, are found in a variety of different habitats, from rainforests to coastal areas. Other otter species require a very specific habitat, such as the sea otter, which lives in the coastal areas of the North Pacific Ocean.

The otter species found in the United States are the North American river otter and the sea otter (Californian and Alaskan).

The species belonging to this genus is the giant otter. Giant otters are the largest species of otter, reaching up to 6 feet long and weighing over 60 pounds. They primarily eat fish, but they do occasionally eat other animals such as birds, crustaceans, and even snakes.

Otters in the genus Aonyx are clawless. The three species in this category are the Cape clawless otter, the Asian small-clawed otter, and the Congo clawless otter. These otters tend to eat crabs, fish, worms, and frogs.

Last but not least, otters with the genus Enhydra are sea otters. There are three subspecies of sea otters: the Asian or Russian sea otter, the Californian sea otter, and the Alaskan sea otter. They tend to eat invertebrates such as sea urchins, mussels, crabs, and clams. They use rocks they find in the ocean to help them break open their hard-shelled prey so that they can eat the soft interior.

How Do Otters Benefit the Ecosystem?

Otters are vital to aquatic ecosystems. In particular, sea otters maintain kelp forests by eating large amounts of sea urchins, which feed on kelp and other types of seaweed. Kelp forests are a source of food and shelter for many different species. When sea urchins become overpopulated, they deprive other vital species of a food source, effectively starving them out. Because sea otters have such a big impact on the ecosystem, they are considered to be a keystone species. Unfortunately, like many otter species, they are currently endangered due to human activity such as the fur trade, oil spills, and fishing nets.

There are many different otter species that live in habitats across the globe and vary quite a bit in terms of their size. However, all otter species require a water source to some degree, which means they share similarities in terms of the environments they inhabit and the types of food they eat. Most otters primarily eat aquatic animals such as fish, crustaceans, turtles, and frogs. Importantly, sea otters also eat invertebrates such as sea urchins, which helps keep coastal habitats that rely on kelp forests in balance. By raising awareness about the endangerment of sea otters and other otter species, we hope that we can help prevent these animals from dying out, as they are vital to aquatic ecosystems.