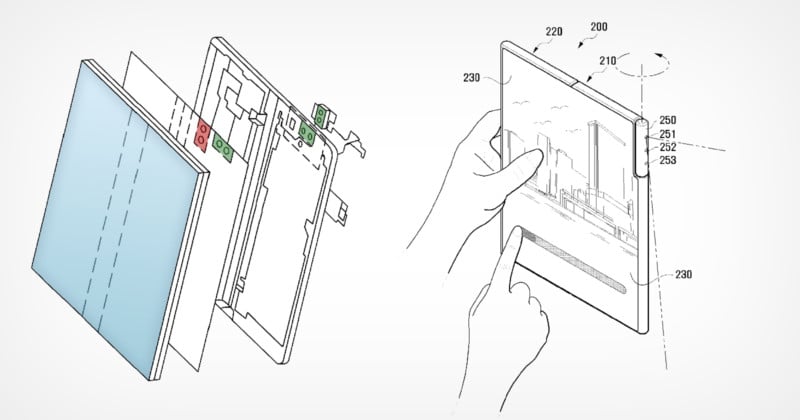 Although Samsung has already released a smartphone with rotating camera technology — the Samsung A80 was the company’s first smartphone to have a popup selfie camera that uses a rotating module — it appears to still be interested in pursuing this design in future devices. Additionally, a recent patent shows under-display sensors, including an imaging sensor, implemented into the foldable smartphone.

As two reports show — one from LetsGoDigital and the other via SlashGear — Samsung Electronics applied for a pair of patents that may or may not involve the same finished device, but both refer to a Samsung foldable. 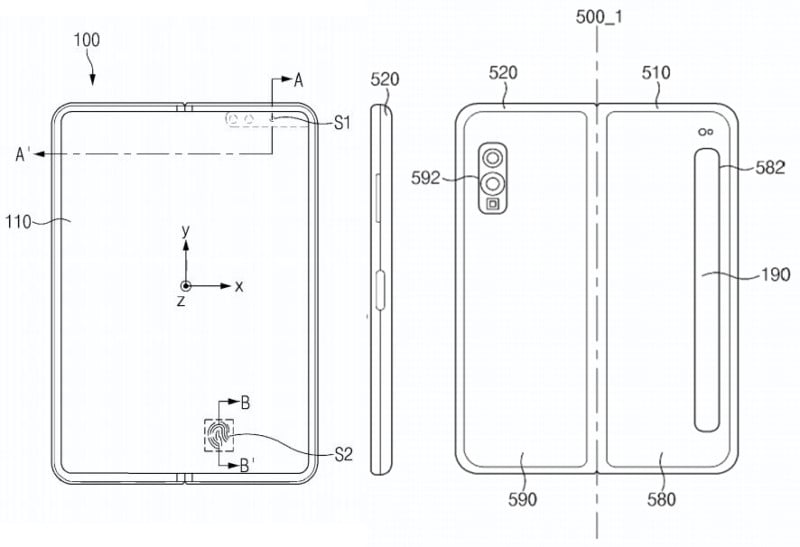 Following an increase in demands for large smartphone screens, one patent shows a rotating camera that would affix to the side of the device and live in a cutout notch next to the edge of the display. The main purpose of this design is to solve the perceived problem of a single camera that has a fixed position and therefore cannot be used to capture multiple angles. 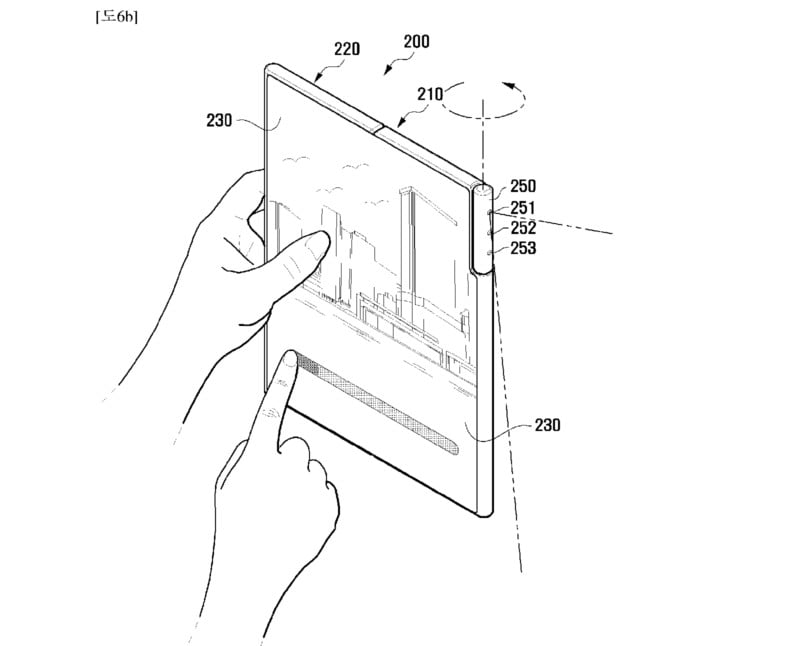 A rotating camera is just one of the ways a company could choose to address this, while Oppo has patented a design that uses a set of mirrors.

The other patent describes a pair of under-display front-facing cameras. That second patent also describes other under-panel sensors such as a fingerprint sensor, a receiver, and a proximity sensor.

In Samsung’s patent, the camera and its related sensors are placed in the top center of the right-side display, while the fingerprint sensor is placed at the bottom part of the screen. Optionally, several cameras can be placed under the screen, with the company mentioning in the documentation three or more cameras.

It is expected that the image quality provided by the under-display technology will not be particularly high and the camera modules themselves will still be somewhat visible even though it is placed under the display. This is a problem that the ZTE Axon experienced and can be seen in a review from Marques Brownlee.

Let’sGoDigital speculates that this technology might be implemented in the highly anticipated Samsung Z Fold 3 — probably with a 16 megapixel (1 µm) image sensor made by Sony — which is expected to be introduced in August 2021 at the Galaxy Unpacked event, alongside the Samsung Z Flip 3 smartphone.

The 5 Best Sunscreens For PMLE

Wo Long: Fallen Dynasty — everything we know so far