Photograph It When You See It: A Scene Might Not Be There Ever Again 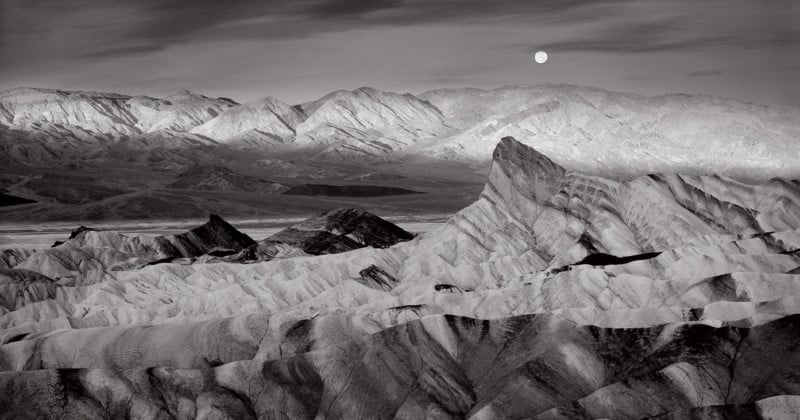 From my beginning days in photography, roughly 1969, I had the ambition to travel and make photographs. Somehow, I felt a great satisfaction in producing photographic art that came from within. It was a perfect combination: I loved to travel and was particularly lured by the vast, largely unexplored wilderness areas of the great American West, and I felt an insatiable drive to photograph. I felt as though everything I looked at became elements organized to fit in the confines of a visual frame.

This story is brought to you by ELEMENTS Magazine. ELEMENTS is the new monthly magazine dedicated to the finest landscape photography, insightful editorials and fluid, clean design. Use the PETAPIXEL10 code for a 10% discount off the annual subscription.

My early inspiration in photography came from some of the masters, notably Ansel Adams and Wynn Bullock, both of whom I had the life-changing pleasure to meet. Other early influences were Edward Weston, Walker Evans, and George Tice. I eventually realized that I was obsessed with organizing visual elements in a scene (to this day I still am). Possibly influenced by some lectures at local colleges by Ansel Adams, and print critiques by him and Wynn Bullock, I felt subconsciously, rather than understood, that I wanted to assure the subject matter in a scene, be it rocks, fences, buildings, etc. was organized in such a way that the image felt natural and unforced. 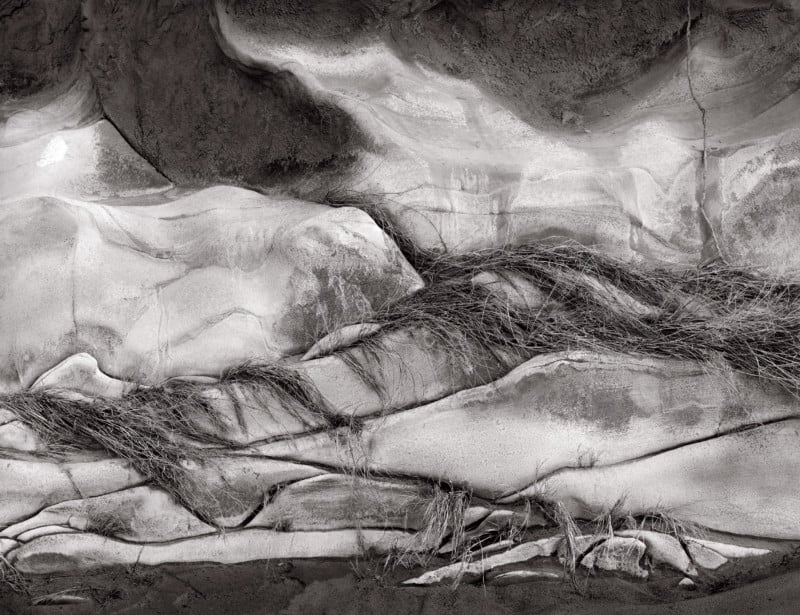 In 1985, my late brother-in-law and fellow photographer — Al Callju — and I were on another adventure, this time in Utah’s San Rafael Swell. In my 1970 Bronco, we were exploring dirt roads when I noticed this subject. It was a warm day with a thin cloud covering — excellent light for detailed subjects. I noticed a large sandstone boulder at the edge of the wash where we were driving. Using an 8×10 black “viewing card” with a 4×5 hole cut in the center, I felt I could make a good, clean image. The white alkali that coated much of the rock created smooth and sensual forms, and the dark recesses of the rock accentuated and clarified the forms. In addition, smooth, finely detailed grasses seemed to flow out of the cracks in the rock.

I pre-visualized this subject as a soft, somewhat high-key image, which I felt would accentuate the gentle overall feel of the image. There were no dominant colors, so I did not use a filter. I use filters only when necessary to achieve preferred tonal relationships in the image, or to emphasize movement or minimize (or enhance) atmospheric haze. The film was 4×5 Tri-X using a Schneider 210mm Symmar lens (with lens shade as always!). I developed the negative normally in HC-110 dilution B.

I photographed the image, packed up the Bronco, and drove further down the road. Later that day it began to drizzle very lightly. Since we weren’t certain about the road conditions further on, we turned around and headed back, passing the boulder again. Surprisingly, the raindrops had destroyed the smooth white alkali coating and the image had changed completely. It was a good example of “shoot it when you see it, if the light is right.” Lesson learned! 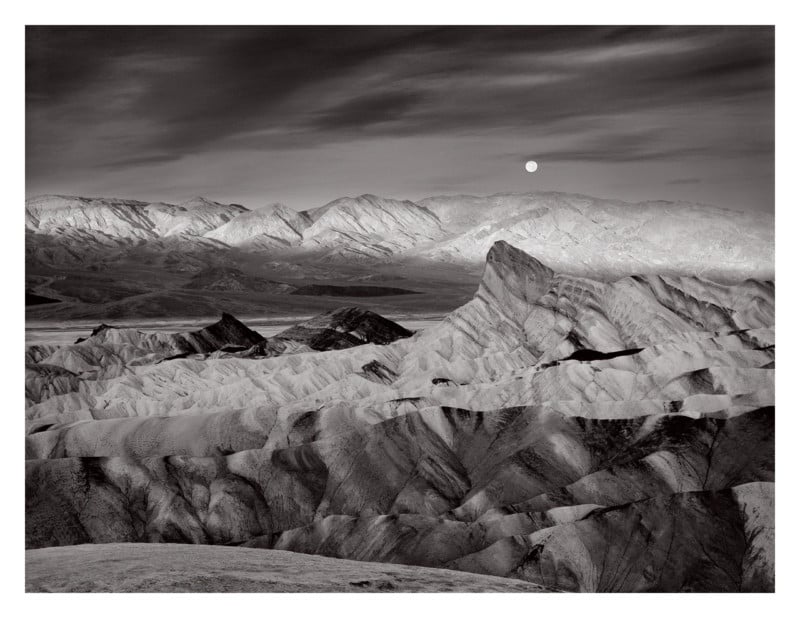 When I made my first prints of this image, I tried to adhere to my pre-visualized high-key rendition. I was not satisfied. I made a darker, slightly higher contrast print and that print displayed a far more satisfying interpretation of the subject. I further refined the print, probably over the course of a year or more. I realized that strengthening the flame-like structure of the top area of forms, against the darker recessed rock surroundings, gave me the intensity I liked the most. The gentle flowing grasses gave the image a sensuous human quality that I was not aware of at first. This metaphor was brought to my attention at a gallery show in California in the late 80s.

I find that post-visualization (examining the negative and re-thinking possible interpretations not realized at the scene) is often as important as pre-visualization. Fortunately, this negative was exposed with enough detail throughout to allow for a variety of interpretations when printing.

About the author: Lynn Radeka’s professional photography career spans more than 50 years. Influenced in his early work by Ansel Adams and Wynn Bullock, he continues to pursue a technical and aesthetic mastery of the medium of photography. His love of the grand landscapes and intimate details of the American West was born on his first trip to Death Valley in 1966.

Lynn Radeka’s Black and White photography has been featured in eight National Park posters and is represented by several galleries throughout the United States and Europe. He also has the honor of being a featured photographer in the recent book publication “World’s Top Photographers: Landscape.”

Oh great! Soundmojis — another Facebook Messenger feature that only your parents will use

Where Is Karls Monzon Now? The 'Heist' Subject Is Out Of Prison