How to Tell if Your Goldfish Is Pregnant – Complete Guide 2021 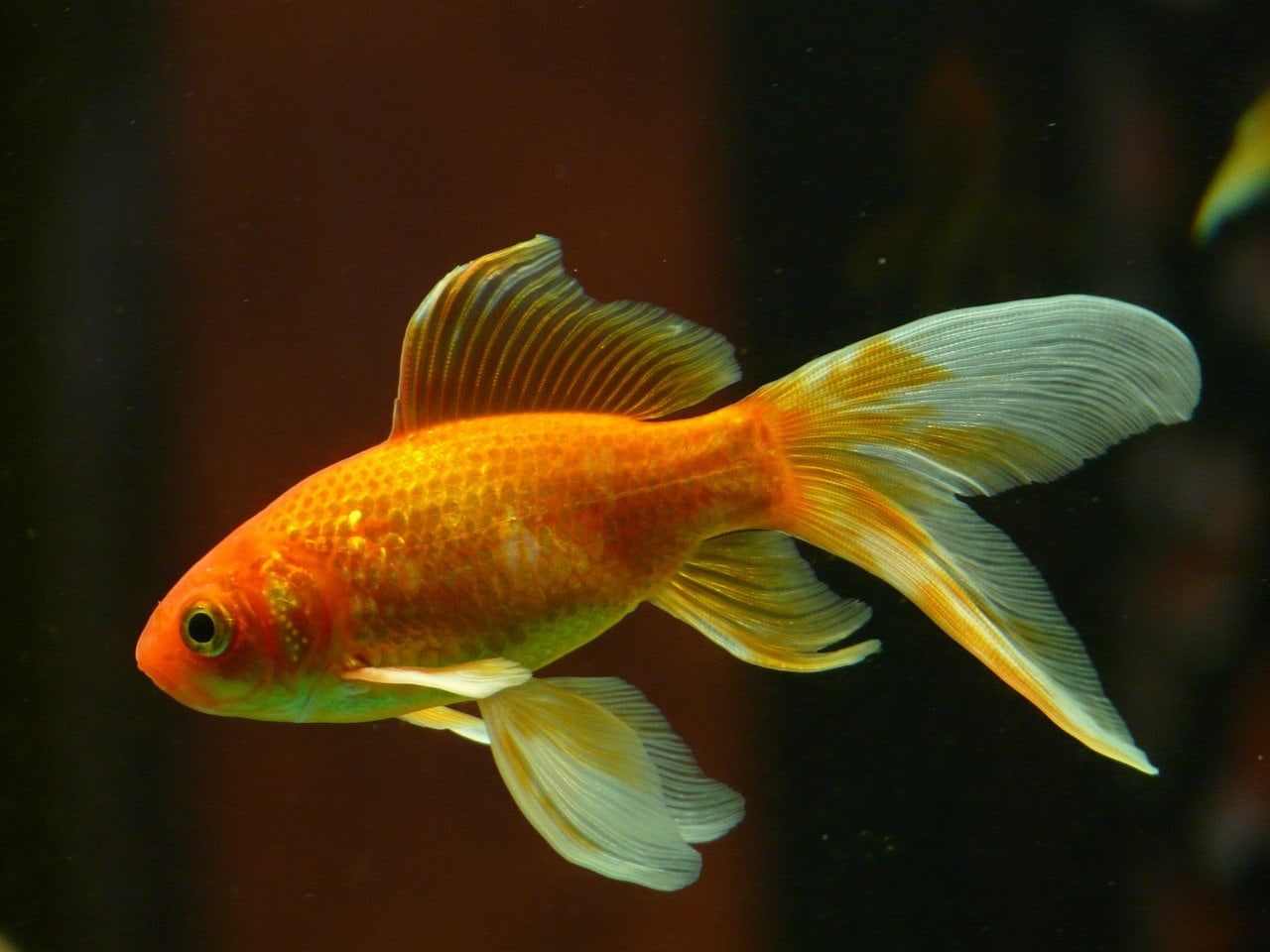 Just watching fish is enjoyable in itself. Research shows that it can calm you and reduce stress. They make an excellent first pet for kids. They are easy to take care of and tolerant of less-than-ideal conditions. That explains why people buy more than 480 million fish every year. Breeding them makes it even a more enjoyable—and educational—hobby.

Even though people have raised them for hundreds of years, goldfish still follow ancient patterns of breeding and laying eggs that evolution has directed. That gives you an excellent guide for taking pet ownership to the next level. The key is a stable and healthy environment while providing optimal nutrition.

Let’s suppose that you’ve done your part. How do you know if it’s been successful? There are several things that can answer the question of whether your goldfish is pregnant. The right conditions are imperative. However, it doesn’t end once breeding happens. Our guide will cover the before, during, and after of the situation.

It’s helpful to start with how goldfish reproduction occurs to determine if the conditions are right, even to consider whether your pet is pregnant. Goldfish reproduce by laying eggs, unlike many tropical fish, such as Guppies or Swordtails, that give birth to live young. It makes sense from an evolutionary perspective. Goldfish, like others of its family, are prey species and opportunistic feeders.

Laying eggs while evading predators and finding food gives goldfish the edge they need to survive another day.

The eggs have a sticky film on them, which provides an ideal surface for attaching to plants that can provide the necessary cover. The leaves will provide camouflage and protection against the moving water. However, it’s not just predators and environmental conditions. Goldfish, even the mother, may eat the eggs. They’ll hatch by 72 hours of laying.

At that point, the fry are on their own in their aquatic world. Providing live or artificial plants is an excellent way to give them a chance in life. Growth proceeds rapidly out of necessity. It’s an effective survival strategy versus live young that are well on their way on their development path. Goldfish reach sexual maturity at about 1 year old.

The next thing you need to consider is whether the conditions are suitable for breeding. Fancy goldfish, such as the Veiltail, may need some assistance because of their long fins. You can probably safely assume that your goldfish isn’t pregnant if you haven’t taken these measures.

The other thing to think about is the obvious question of whether you have a male and female in your tank. The first thing to look for is little white nubs on the pectoral fins of your fish called breeding tubercles. Their precise purpose is uncertain as to whether it’s a defense adaptation against competing males or an aid in copulation. It usually accompanies longer front fins.

You can also observe your goldfish’s behavior. Males are the aggressors of the two sexes. If one fish chases the other, the chances are it’s the male. On the other hand, the female will show the signs of the fight, with damage to its fins.

The other thing to consider is whether the tank’s conditions are conducive to breeding. Mating usually occurs with a temperature drop that indicates a seasonal change. That’s biology taking charge of the course of events. Without it, your goldfish’s biological clock might not register that it’s time to breed. Many hobbyists create this environment artificially in a separate tank to speed up the process.

The female goldfish typically looks rounder than the male, making body shape an indicator of sex and the possibility of pregnancy. If its abdomen gets larger, the chances are that it’s carrying eggs and ready to spawn. The extra weight may also affect its behavior. It may seem lethargic and move slower than it normally does.

An unmistakable sign of a pregnant goldfish is the presence of eggs. If you’re hand-breeding your fish, you’ll likely spur their release if you handle your fish. You may see it hanging around the plants in your aquarium for a place to spawn. Once you see the eggs, it’s time to move your goldfish back to its regular tank.

It may seem hard to understand why a female would eat its own eggs. We have to circle back to the survival instinct with opportunistic feeders like goldfish. The process of watching the fry develop and grow is a valuable learning lesson that you and your children will enjoy.

Breeding goldfish isn’t difficult if the conditions are right. Knowing when the female is pregnant can give you an edge to ensure that the young will survive. Fortunately, the physical appearance and behavior of the fish provide reliable indicators that breeding was successful. The next steps are keeping the young safe and providing them sufficient nutrition to reproduce the next generation of goldfish.