How Big Can Goldfish Get? Here’s the Surprising Answer! 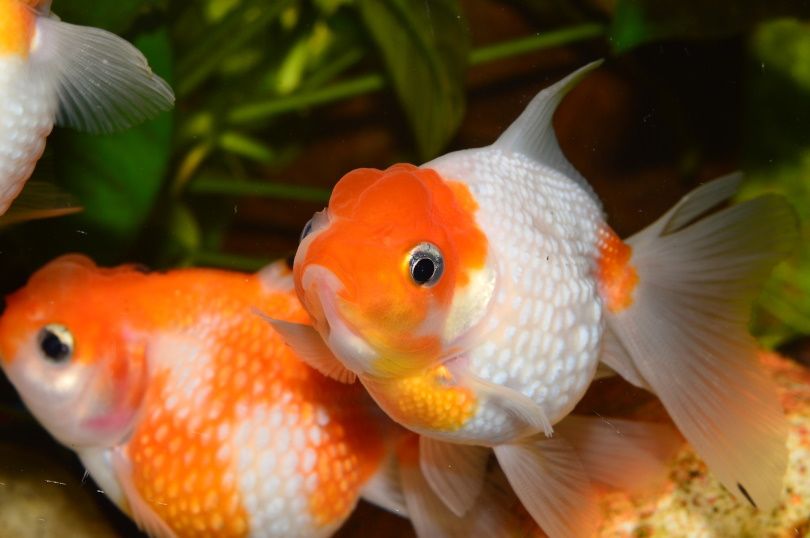 What goldfish least expect, is their adorable 2-inch common goldfish growing into a 10-inch goldfish within a few months or years. This is another reason so many goldfish are kept in adequate conditions, pet stores are not incredibly open about the full length these fish can grow to when you buy them.

Furthermore, therefore goldfish require a large tank from the start, and not a bowl or other small spherical aquaria. Purchasing a large tank beforehand will also save you money for potential upgrades in the future.

Why Do Goldfish Get So Big?

All goldfish originate from common carp (C. Carpio) which grow to a whopping 30 inches in the wild. This is huge and explains why the captive-bred carp we see today as colorful goldfish, grow to a third of that size.

Goldfish have been inbred in captivity for decades and a continuous line of variations and color forms are constantly being developed. This causes goldfish to be genetically smaller and physically different from their wild ancestors. Although goldfish do grow large, you should not have to worry about your goldfish reaching great lengths in a standard tank.

What Causes Stunting (Lack of Growth) in Goldfish?

There is a myth going around that goldfish can purposefully stunt themselves in small or overstocked environments. This is simply not true for a variety of reasons.

To start with, stunting in goldfish is defined as a biological means to inhibit the growth of other goldfish in the environment, while unintentionally stunting itself through a substance or pheromone released into the water column.

Stunting via a chemical process in goldfish as a response to their environment has not been scientifically proven, and no records have been documented on actual instances of this stunting substance being found in a goldfish’s tank or bowl. The myth stemmed from goldfish keepers attempting to justify keeping goldfish in smaller aquaria because they would not get large and will therefore be sustained in a permanently small environment.

You may be wondering why so many goldfish keepers report their goldfish to have stopped growing when kept in smaller aquaria, but there is a logical reason for this and it all stems down to the health of your goldfish.

When goldfish are kept in small bodies of water like a small tank, vase, or bowl, their water fouls up rapidly. Dirty water in return poses a risk to the health of your goldfish as well as constant stress. Unless you were to do daily water changes, maintaining the water quality in small aquaria is difficult.

Dirty water also allows a breeding place for various diseases and can lower the immunity of your goldfish. Most of the pollutants in the water column will not show on a standard water parameter test, because ammonia, nitrite, and nitrate are not the only pollutants dissolved in the body of water that poses a health risk to your goldfish.

Not Enough Room to Grow

Small aquaria do not allow for much swimming space, which is essential for all species of goldfish. Goldfish enjoy swimming in large tanks and being able to develop a good muscular structure to maintain their body shape. Lack of space can cause muscular and development problems. This is usually why some goldfish have a poor figure when maintained in small bodies of water. This also puts them at risk for muscle atrophy, which is a more common occurrence than previously thought.

Feeding is probably the most important aspect when it comes to proper goldfish growth and development. A good quality diet rich in minerals and nutrients that are essential to goldfish will ensure your goldfish has the necessary dietary requirements to have enough energy and nutrition to grow. Since many people who keep goldfish in smaller aquaria will feed their goldfish less in attempts to not foul the water, this means the goldfish is not receiving the same amount of nutrition as a goldfish in a larger tank will receive.

Like all living creatures, food should be plentiful and nutritious in the growth stages. An underfed goldfish will not grow to the proportion which can lead to the goldfish developing bulging eyes and a thinner body frame. A lack of vitamin D and calcium in the diet can also cause your goldfish to develop a more fragile and smaller bone structure.

The same applies to overcrowding in a goldfish tank, the goldfish will compete for food and not receive an adequate portion and the amount of waste each goldfish produces will foul up even the largest tank.

Luckily, a few causes of stunting can be reversed when they are placed into adequate conditions. Goldfish suffering from being underfed in a small body of water can develop and strengthen their muscles in a large tank with nutritious food.

How Do You Grow Out a Goldfish?

Goldfish will usually do all their growing themselves, with little help from their owner. Goldfish will grow steadily when kept in the correct conditions with a portion of high-quality food.

These are a few guidelines to follow to ensure that your goldfish will be healthy enough to grow and develop normally:

How Does Genetics Have a Role in Goldfish Growth?

Pet store goldfish are typically mass bred on goldfish farms, where little care is given to the quality of the goldfish, but rather the quantity. This causes the goldfish to have a poor genetic linage from birth rather than a goldfish bred with size and form in mind.

Fancy goldfish will also grow much smaller than the single-tailed varieties and will have unique body morphs. A comet or shubunkin can grow nearly twice the size of some fancy goldfish, especially inbred pet store goldfish.

Watching your goldfish grow to adulthood is fascinating and rewarding. We all want to see our goldfish reach their full length and lifespan. It is important to keep in mind the rate your goldfish is growing and upgrade their living conditions accordingly.

We hope this article has helped you to better understand just how big your goldfish can grow!

Jennifer Coolidge On 'White Lotus,' Dating and Living Her Truth