11 Most Popular Cat Breeds (With Pictures) 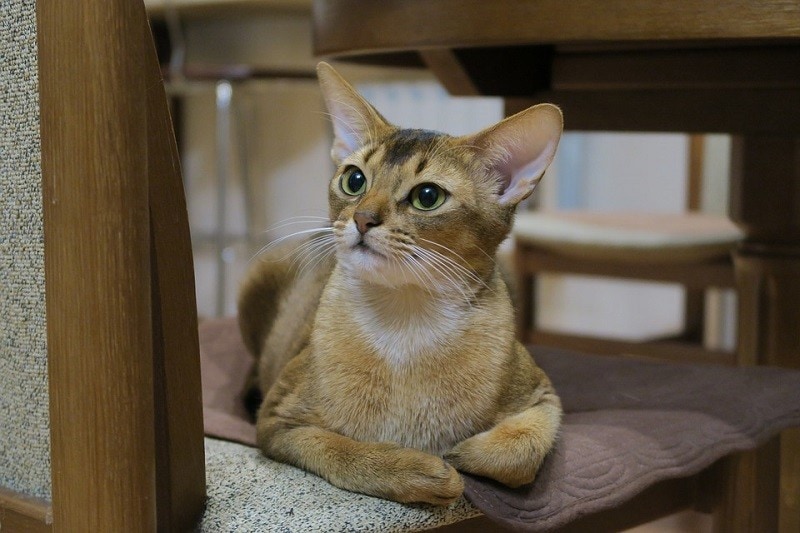 Even though most people claim to be dog people, cats are actually much more popular as pets. With there being around 88.3 million pet cats in the United States alone, it is easy to see that they are an integral part of many people’s homes.

Let’s take a look at the 11 most popular cat breeds today.

As mutts, Domestic Shorthairs come in many shapes and sizes. Most commonly, they are medium-sized with short and soft coats. They can come in just about any color too.

Distinct from the Domestic Shorthair is the American Shorthair. This breed is incredibly sweet and cuddly, but it is also known to be hearty, alert, and muscular. Something people love about this breed is that they tend to be sociable and kind to humans while still being independent.

Because the American Shorthair was bred for working purposes, these cats are very muscular and athletic. They love to chase mice and other small animals, like birds. If you get an American Shorthair, it’s a great idea to invest in an interactive toy to keep them entertained.

As their name suggests, American Shorthairs come with a shorter length coat, but their coloration range is much more limited than the Domestic Shorthair.

It is believed that Domestic Longhairs were bred by people who lived in Russia, Turkey, and Iran. Since then, the breed was likely brought over to the Americas via ships where they were used for controlling the rodent population.

Since this breed is not purebred, their long fur can come in just about any color, ranging from white to black to orange. Because of their long hair, they will likely need regular grooming.

Maine Coons are easily one of the most noticeable purebred breeds. They have an incredibly heavy coat, which allows them to survive the harsh Maine winters. More so, they have a really large body that makes them larger than the average cat.

Despite their large size, Maine Coons are gentle Giants. They love to be around their owners and people in general. Something else that’s really unique about this breed is that their water-resistant coat means that they love playing in water.

Because Maine Coons were bred in the wild, they have a very distinct and wild-looking coat. The coat is very long, and it tends to have multiple colors of white, brown, grey, and black, allowing them to fit in with the environment.

For people wanting the ultimate lap cat, the Ragdoll is where it is at. This breed is large and fluffy. Even though they are on the larger side, they get their name from the fact that they are often carried around like Ragdolls.

Often classified as one of the friendliest breeds, Ragdolls love to follow around their human companions. They are even known to greet humans at the door and sleep in bed with them. Ragdolls also make perfect cats for apartments since they aren’t the most active breed.

It wasn’t until the 1960s that Ragdolls were specifically bred. Since then, the breed has a darker face and darker points, but the entire body tends to be lighter.

Persian is another breed that is known for being loyal to their owners, though they’re often standoffish to newcomers. This adorable breed has stocky bodies and scrunched-up faces, which makes them downright adorable.

Many people love Persians because of their mellow and laid back personalities. Even though Persians certainly do love their owners, they aren’t as demanding for pets and food. This makes them a great breed if you want a cuddly yet laid back cat that can do its own thing.

Interestingly, the Persian cat is actually one of the oldest breeds in recorded history. The breed’s first spotting was in Iran, which was called Persia at the time. It wasn’t until 1871 that the breed was introduced to a wider audience. In that year, the cats were featured inside the Crystal Palace.

To this day, Siamese cats are one of the most noticeable and distinctive breeds. This cat often has a cream body with blue eyes that are icy and piercing. More so, the breed has a pointier body than other cats, including triangular ears and slim paws.

Something else that’s unique about Siamese cats is that they are very vocal. They do not like being left alone for long periods of time. They will easily communicate their grievances with you and demand attention when they want it.

Even though Russian Blues are not the most people-friendly of cats, their breed is highly popular for its quiet and calm demeanor. They love to hide in cozy places and sleep all day. Though they likely hide from newcomers, Russian Blues are known to be loyal to their family.

As the name suggests, Russian Blues are believed to have descended from cats that were raised and kept by the Russian czars. In the early 1900s, the cats were imported to North America, where they were bred into what we know them as today.

Now, Russian Blues have short and soft coats. Their color ranges from silver to dark grey. Individual cats may have a few faint stripes, but almost all are patternless.

For people who want a domesticated cat that looks like it belongs in the wild, the Bengal is for you. This cat is incredibly playful and active. Even into older age, Bengals are known to act like kittens. These cats need a whole lot of stimulation, or else they could cause a lot of mischief in your home.

Bengals are different from other cats on this list in that they are a hybrid species. They were bred with both domesticated and non-domesticated animals, resulting in a unique appearance, wild personality, and gentle demeanor. The breed came about whenever a domestic cat was bred with an Asian leopard cat.

Finally, the last cat on our list is the Abyssinian. This cat originally comes from Ethiopia, which was previously known as Abyssinia. This cat has a unique coat that has a red orange color. The cat also has longer ears and a striking face.

In addition to having a unique appearance, Abyssinians are considered a really friendly breed. They aren’t particularly known to hop in your lap and cuddle, but they love their owners and follow them around pretty loyally.

As the second most popular pet in America, cats are loved by millions of people. Although certain breeds are more popular than others, cats make a great furry addition to your home. Whether you are looking for a relaxing, cuddle-buddy or an interactive playmate, you are sure to find a cat breed that fits your home perfectly.

Beautiful Wedding Books From The Art of Etiquette