This Sharpness-Boosting Process is Used by Hubble Telescope Editors


Picture Instruments, a Germany-based software company known best for its plugins for Adobe Photoshop and Lightroom Classic, has released a new plugin that promises to create clean, detailed, ultra-sharp images with incredible depth by employing a technique used by the Hubble Space Telescope team.

As astrophotographers will attest, sharpening deep sky images can be very challenging and highly complex. The finest details have to be emphasized without increasing the image noise or artifacts. To achieve this, a method called Absolute Point of Focus (APF-R) was created, and is now available as a plugin. 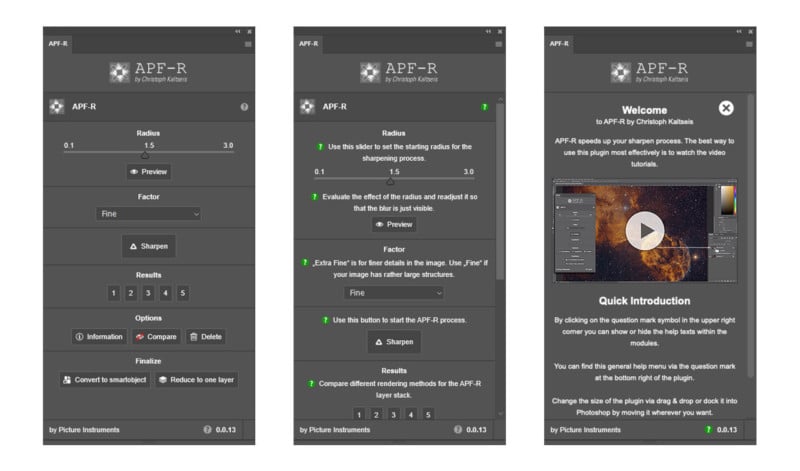 Picture Instruments says the superiority of its plugin lies in the method at its core, which was developed by Christoph Kaltseis who had spent years researching methods in Photoshop to bring out even the most minor of details in his images. Kaltseis developed a complex image-sharpening process in Photoshop that not only added sharpness but also improved its apparent depth. This technique is now regularly used by the Hubble Space Telescope team when processing its images. 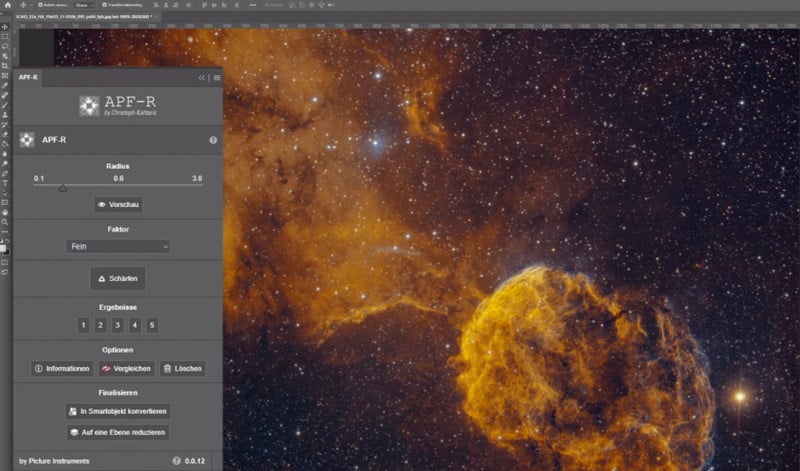 The company says the method’s viability is illustrated by images processed by Kaltseis, which have been selected as NASA’s “Astronomy Picture of the Day” multiple times. Additionally, the APF-R process developed from this proves its performance through its use in the offices of the Hubble Space Telescope it is an integral part of the image editing process.

“I gave APF-R a go on an HST mosaic and it works around 30% better fine-tuned than our other techniques to sharpen mid-tone to shadows,” Mahdi Zamani, a member of the ESA Hubble Space Telescope team, says. “Which might not sound like too much but on the contrary is a big leap.”

While the Hubble Space Telescope editors don’t necessarily use Picture Instruments’ plugin, they do use the process on which the plugin is based. The downside of the APF-R method was its complexity. To address this, Picture Instruments worked together with Kaltseis to simplify the complex calculation processes and created a plugin that promises to enable the user to apply the time-consuming process, even without prior understanding or knowledge of how APF-R works. 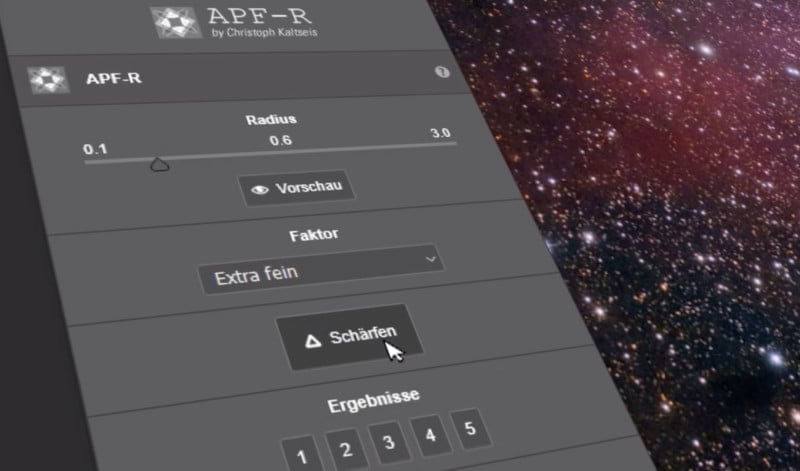 The company says that the APF-R plugin allows photographers to apply Kaltseis’s method with just a single click, which saves the tedious headache of performing the up to 50 steps in Photoshop and repeatedly calculating radii manually. Instead, the plugin promises to automatically generate the first result after a few seconds. Even comparing different layer configurations — a method Kaltseis established over several years and was previously a manual process — is done at the push of a button. According to the Picture Instruments, thanks to the “simple and fast use of the plugin, it is now possible for amateurs as well as for professionals to apply the APF-R method to all images.” 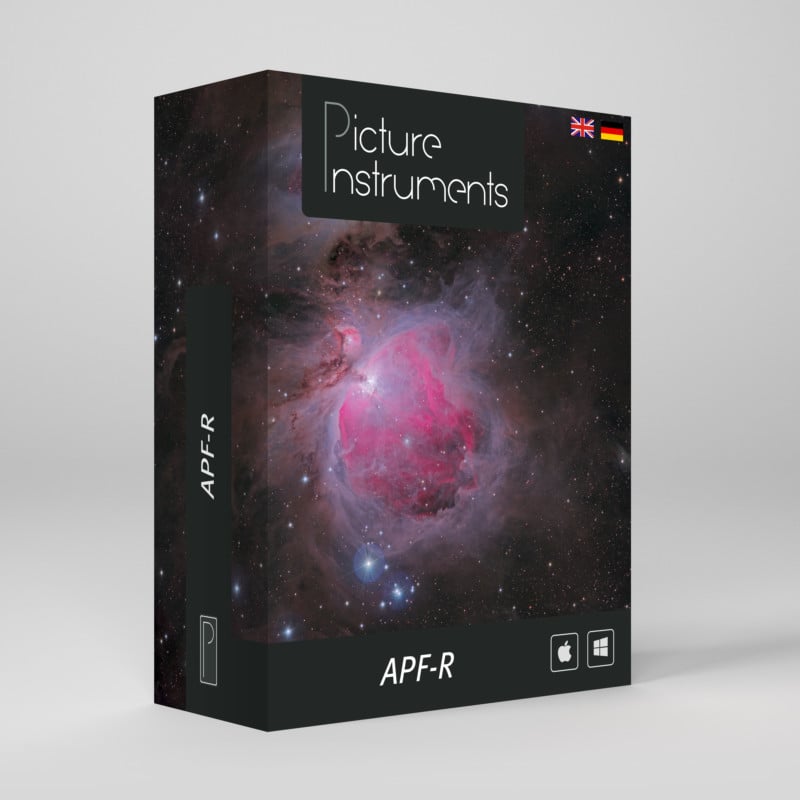 The APF-R Plugin for Photoshop is available for $29 (plus any applicable taxes) and can be installed directly through the marketplace in the Adobe Creative Cloud Desktop App. According to the company website, the plugin will work seamlessly with Photoshop version 22 on both Windows and macOS, and PetaPixel confirmed that it also loads properly on the M1-optimized version of the application.

How to wirelessly share files between your Chromebook and Android phone