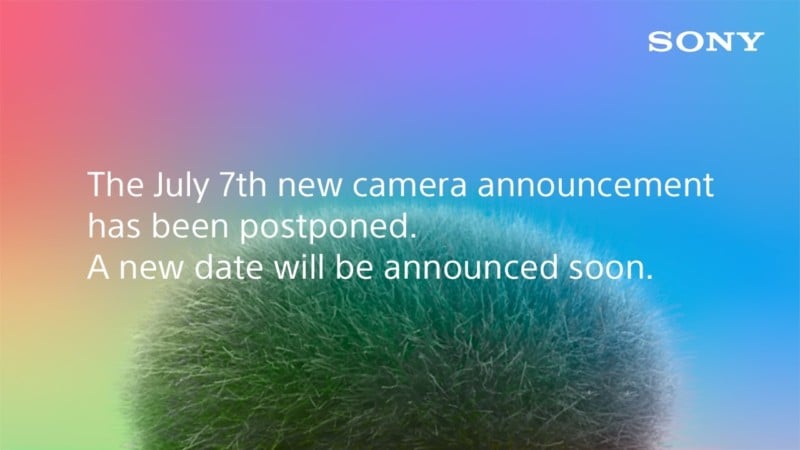 Sony has postponed a camera launch that was originally planned for Wednesday, July 7, after Chinese citizens expressed anger over the date, which is also the 84th anniversary of Japan’s invasion of China that sparked the Sino-Japanese War and World War Two in Asia.

Sony published a teaser for the event on the Sony Alpha Universe website, as well as its YouTube channel last week that showed a date of 10 AM eastern time. The placeholder for the event now simply reads, “the July 7th new camera announcement has been postponed. A new date will be announced soon.”

While TechRadar reports that Sony Europe says that the postponement is due to the lack of parts availability, the real reason appears to be a chosen launch date that offended Chinese netizens. As noted by the Global Times, Sony published a statement on China’s Weibo social network that apologizes for the choice of date and for the misunderstanding and public confusion. 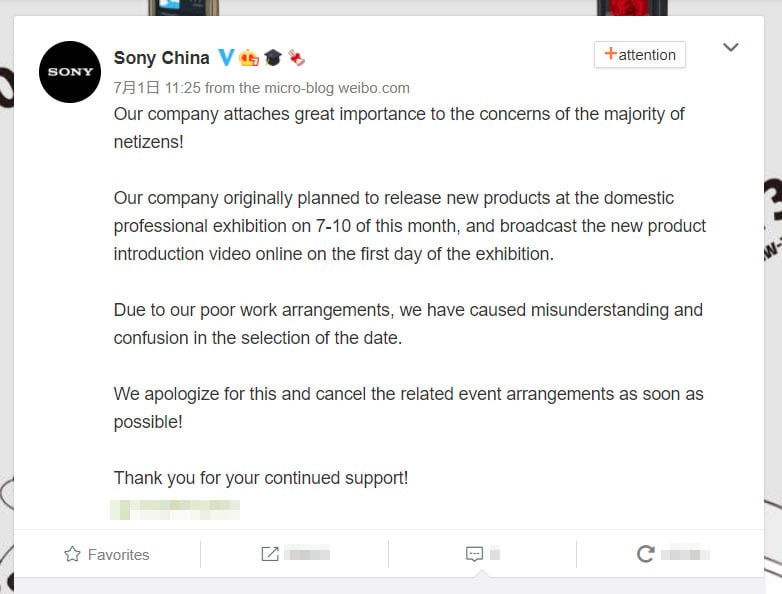 Translated, the message reads as follows:

Our company attaches great importance to the concerns of the majority of netizens!

Our company originally planned to release new products at the domestic professional exhibition on 7-10 of this month, and broadcast the new product introduction video online on the first day of the exhibition.

Due to our poor work arrangements, we have caused misunderstanding and confusion in the selection of the date.

We apologize for this and cancel the related event arrangements as soon as possible!

Thank you for your continued support!

July 7 was set to be the launch of multiple Sony products, including a new camera around the world and new smartphones in China, and the blowback from Chinese netizens appears to have spooked the company away from hosting any event that day — both events have been postponed indefinitely.

The date marks the beginning of what would later be known as the Second Sino-Japanese War, a conflict that lasted between 1937 and 1945. The war was sparked by the Marco Polo Bridge Incident on July 7, 1937, and involved a dispute between Japanese and Chinese troops that escalated into a full-scale invasion by Japanese forces and is often regarded as the beginning of the Second World War in Asia.

After the Marco Polo Bridge Incident, the Japanese would go on to secure victories in Beijing, Shanghai, and the Chinese capital of Nanjing, the latter of which resulted in what is often referred to as the Rape of Nanjing. After the end of the war, China listed its total number of military and non-military casualties as around 35 million.

When Sony announced the July 7 launch date, Chinese Weibo users swiftly condemned the choice. To make matters worse, the original announcement was made the day before the Communist Party of China was set to celebrate its 100th anniversary, as noted by the South China Morning Post.

The impact of Sony’s poor choice of date was magnified because the original announcement was made the day before the Communist Party of China celebrated its 100th-anniversary. In the run-up to the celebration, many events have been postponed as a show of respect for the party. 4/

Sony’s blunder is the latest example of a Japanese company plunging itself into a public relations crisis in the world‘s second-largest economy over what patriotic Chinese consumers consider as war references. 5/

“This is Sony’s gift to the party? How bold! Do they still want to operate in China?” one Weibo user wrote, reported by Asia One.

No new announcement date has been publicly set yet and PetaPixel has not received any indication from Sony regarding how long the delay is expected to last.

3 Ways To Get Ready for the 'Cloud Culture' Transition