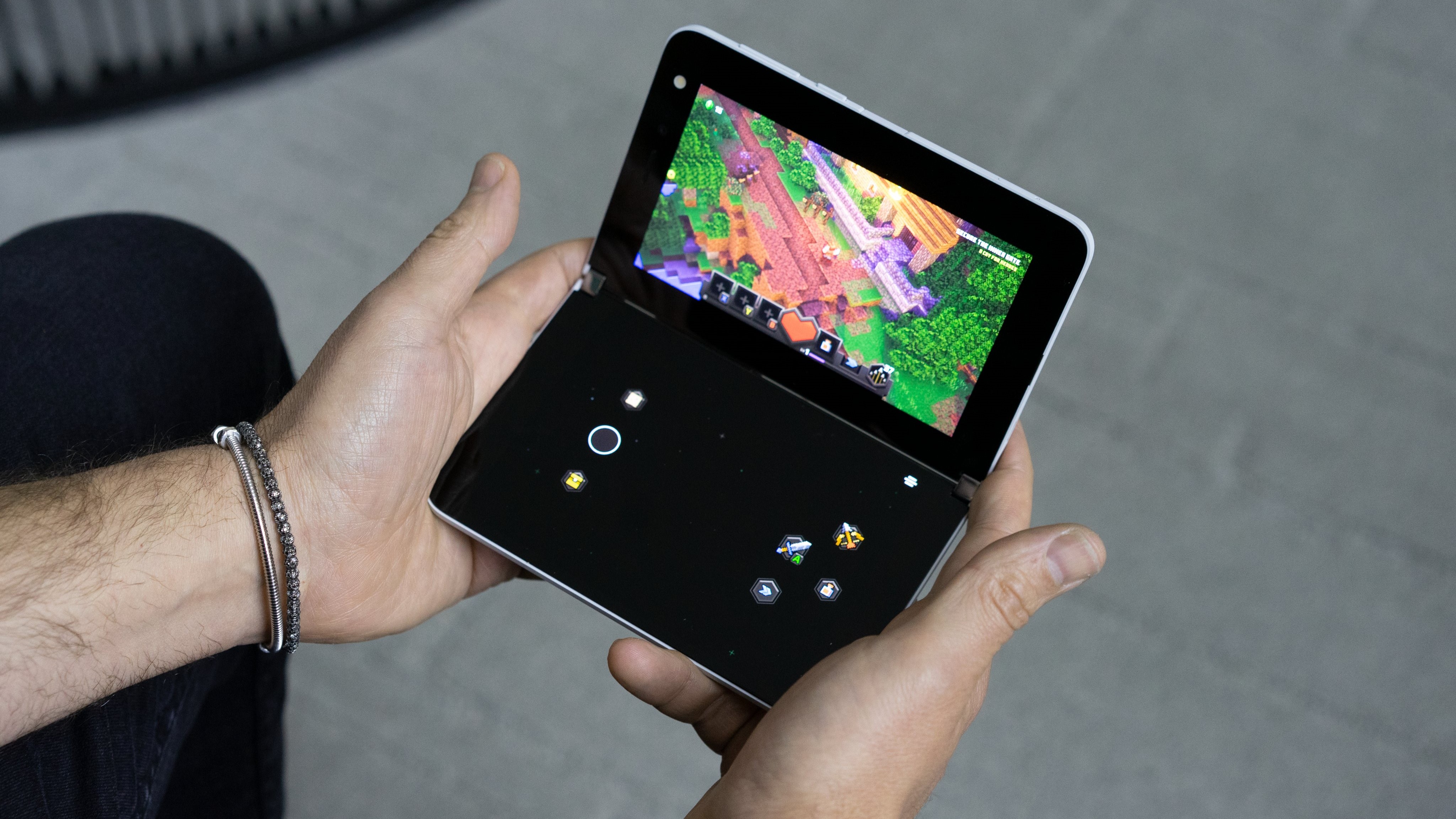 While the Surface Duo software didn’t manage to deliver on the interesting premise of the hardware at launch, it’s clear Microsoft isn’t giving up on the platform as talk of a Surface Duo 2 has been heating up again lately.

In yet another encouraging sign for current and future Surface Duo owners, Microsoft Chief Product Officer, Panos Panay, announced a new update that could make the Surface Duo a lot more interesting to gamers with “Xbox touch controls” for over 50 Xbox Game Pass Ultimate games (via Input).

The update will offer support for either a “compose mode,” similar to a Nintendo DS layout as seen in the promo shot, or a “spanned” mode that will spread the game and controls across both screens. Microsoft hasn’t offered any images of what the latter option looks like yet.

The Duo team has worked with the Xbox team on this project to deliver an enhanced dual-screen experience for Xbox Game Pass Ultimate games, with changes to menu navigation and column layouts to take advantage of the additional screen real estate. I don’t think anyone will be dumping their Xbox Series X anytime soon, but it’s a huge advantage to game on mobile without having the controls and, therefore, your thumbs covering part of the screen.

A very cool update goes live for #SurfaceDuo customers today! Working with @Xbox we’ve put touch controls on to the second screen. More than 50 games are available to play with touch for @xboxGamePass Ultimate Members. pic.twitter.com/ZPIqQZXxS4May 24, 2021

It’s surprising given the lengthy development cycle for the Surface Duo that this didn’t arrive sooner, but again, it’s a great sign for the future of the hardware. Microsoft has plenty of integrations in both the gaming and productivity realms that it can bring to Duo, so here’s hoping there’s more to come in time for a Surface Duo 2.

We’ve seen prices slashed on the original Surface Duo, all the way down to $600 briefly on Woot, a far cry from the $1,400 that it commanded originally. We expect to see a Surface Duo 2 sometime in Q3 this year with a more powerful processor, improved cameras, and hopefully improved software after another year working with Google on split-screen support.

Best Ultrabooks in 2021 — these are the best portable laptops

Best Huawei Laptop of 2021: Which MateBook Is Right For You?

How to connect a Mac to an external display

Stop! The Microsoft Surface Laptop 5 is $300 off in early Black Friday deal