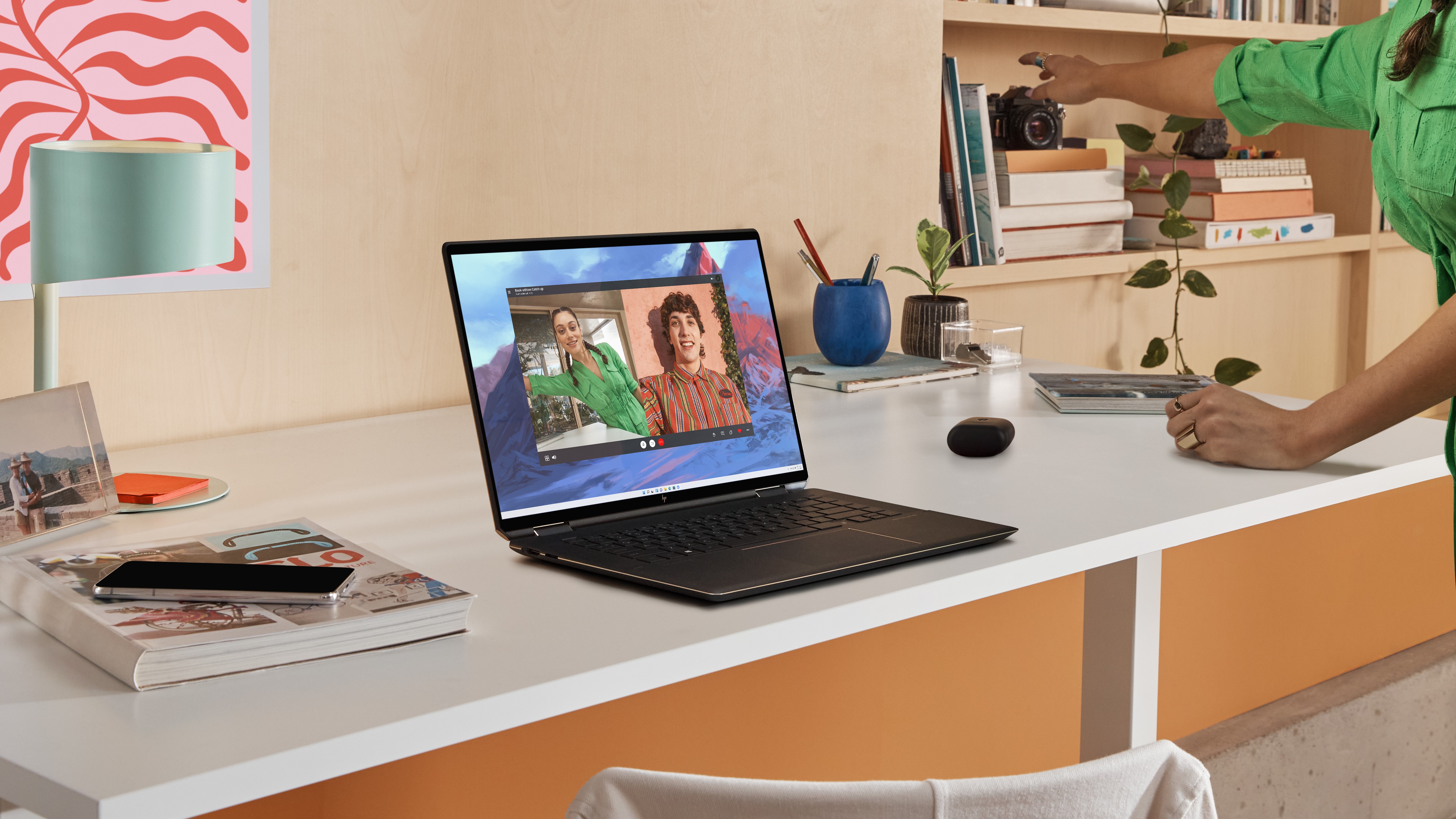 Fall comes with tidings, of more and more laptops. HP has unveiled its gorgeous new HP Spectre x360, and this time its getting a bump up in size, packing a 16-inch display in a thin 0.8-inch chassis.

The HP Spectre x360 16 will be available beginning in October at HP.com starting at $1,639. It’ll also be at Best Buy later this fall.

The HP Spectre x360 16 can be outfitted with up to an Intel Core i7-11390H CPU, 16GB of RAM, a 512GB SSD and a 3K display. The laptop comes in a gorgeous Nocturne Blue color as well as a Nightfall Black color. This machine feels like it was meant for blue, though.

It comes in at 14.1 x 9.7 x 0.8 inches and 4.5 pounds, which is pretty portable considering that it’s a 16-inch laptop. As far as ports go, you’ll get two Thunderbolt 4 ports, one USB Type-A port, an HDMI port, a headphone jack and a microSD card reader, which isn’t too bad for a laptop that’s this thin.

The 16-inch display clocks in a 3072 x 1920 resolution with 400 nits of brightness and 100% of sRGB color gamut coverage. From specs alone, that’s a beautiful display in the making, but we more than anyone know that the specs almost never line up with the actual display. Sometimes it’s better, sometimes it’s worse, but it’s never exact.

It also comes with quad speakers by Bang & Olufsen, a fingerprint reader, and a 5MP IR camera with a privacy shutter. Spectres are typically consumer notebooks, but there’s a business-esque flair on this machine.

HP claims that the Spectre x360 16 can last at least 13 hours and 45 minutes on a charge, which is pretty great, and not unheard of. We’ll have to see how long it’ll last on our own benchmarks.

Stay tuned for our full review and benchmarks of the HP Spectre x360 16 when it launches later October.

Weekend Reading – It Starts With Coffee

A kit designed to prepare you for your adulthood