Why Do Rabbits Eat Their Own Poop? (2 Reasons for this Behavior) 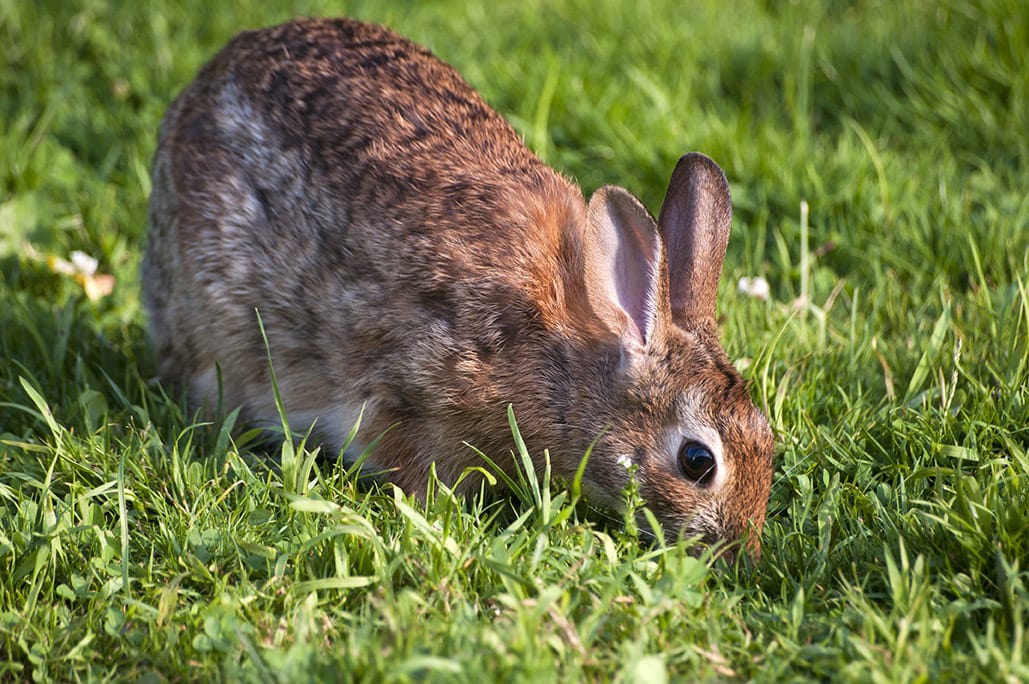 While the idea of eating poop might seem disgusting to most (hopefully all) humans, it’s actually a very common practice in the animal world. So common, in fact, that there’s a term for eating poop. Coprophagia is defined as the eating of excrement, and it’s a habit shared by many creatures, including rabbits, rodents, beavers, dogs, hippos, elephants, and even non-human primates like gorillas and orangutans.

Of course, none of these creatures are eating poop for fun, and we doubt it’s because they like the taste. Rather, feces have nutritional benefits when eaten that these animals require. Eating poop doesn’t make them dirty creatures. In truth, many are incredibly hygienic, including rabbits. They’re simply eating feces for the nutritional value they provide.

It’s important to understand that rabbits don’t just eat any feces they find. They only eat a special type of feces that they produce at night known as cecotropes. These stools are soft and sticky, rather than the hard little pellet-like droppings you typically see. You’ll rarely see cecotropes though because rabbits eat them as they exit the body. If you do see your rabbit’s cecotropes uneaten, then your rabbit is likely unwell.

During the day, your rabbit will poop many times, releasing small, hard pellets in large numbers. These are not cecotropes. Cecotropes are made only at night. Nutrients ferment in a special part of the rabbit’s intestinal tract called the cecum, which then produces the cecotropes.

What Nutritional Value Does Poop Provide?

Your rabbit’s normal poop that’s being ejected throughout the day doesn’t provide any nutritional value, which is why you don’t see your rabbit eating it. However, the cecotropes that your rabbit excretes at night are loaded with important nutrients.

Rabbits are herbivores. They strictly eat plant material that they forage. Plant material is very dense and loaded with fiber, making it difficult to digest. Because of this, a lot of the plant material passes through your rabbit without being fully digested.

To avoid wasting all these nutrients, rabbits re-ingest them through their cecotropes. This allows their body to get a second chance at digesting that fibrous plant material. The second pass is much easier since the plant material has already been broken down to some degree and is now easier to digest.

A secondary reason for this additional digestive process is to ensure the rabbit’s digestion goes smoothly. Since rabbits can’t vomit, this process must continue without a hitch, as the rabbit will likely die if anything gets stuck in its digestive tract.

Should You Stop Your Rabbit from Eating Its Poop?

To us, the idea of eating poop is repulsive. But to your rabbit, it’s an essential health practice. Still, your rabbit shouldn’t be eating just any poop. It can only get the nutritional benefits it requires from special cecotropes that it produces at night. If you find these sticky, soft feces in your rabbit’s enclosure, it’s a sign that something might be wrong as your rabbit can’t meet its nutritional requirements without consuming these cecotropes.