Why Are Some Horses Called Warmbloods? 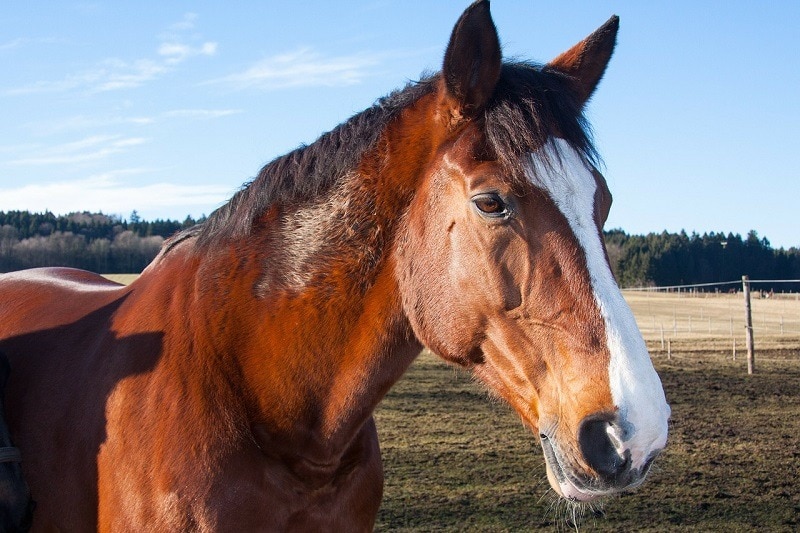 You may have heard horses referred to as “hotbloods” or “coldbloods.” As mammals, all horses are warm-blooded, physiologically speaking. So, what exactly do these terms mean?

When it comes to horses, these terms refer to temperament. Hotblood horses tend to be energetic, bold, and reactive. They were bred for their speed and tend to be used in racing. Coldblood horses, on the other hand, tend to be much calmer and gentler than their hot-blooded cousins. They are typically taller and heavier, too, since they tend to be used as workhorses.

Now that you know a little bit more about cold and hot blooded horses, let’s talk about another common term: warmbloods.

What Is A Warmblood?

As you might guess, a warmblood is a type of horse that was bred by crossing cold-blooded breeds with hot-blooded breeds. Most warmbloods were originally bred in Europe, specifically Germany. The goal was to develop horses that had the physical prowess and athletic ability of a hotblood, but the calm temperament of a coldblood.

Physically, warmbloods tend to be middle-weight horses, weighing in between 1,250-1,450 pounds. For comparison, lightweight horses tend to weigh around 1,000 pounds and the heaviest horses can weigh up to 2,600 pounds. They were historically bred as cavalry and farming horses, but today they are primarily used for sports and leisure.

What Breeds Are Considered Warmbloods?

The origins of the Hanoverian breed can be traced as far back as the 16th century. Hanoverians were bred in Germany as carriage and military horses. After World War II, there was less emphasis on using horses in these domains. Today, the Hanoverian is one of the leading breeds in the Olympic equestrian sports.

The Holsteiner breed is one of the oldest warmblood breeds, as it is thought to have been developed in the 13th century by monks in northern Germany. In modern times, these horses are very successful in show hunting and show jumping events.

The Trakehner breed originated in East Prussia during the 18th century, in a town called Trakehnen. It was there that King Frederick William I used horses from neighboring empires to establish a royal stud. The goal was to develop cavalry horses that would be light, powerful, and fast. Because they were to serve the king’s army, they also needed to be elegant and noble. Later, some Arabian stallions and English Thoroughbreds were selected to be added to the breed. This carefully controlled breeding has produced a horse that has a characteristic elegance that sets it apart from other warmbloods.

As you might guess, the Selle Français originated in France. Its name literally means “French saddle.” In 19th-century Normandy, French mares were crossed with Thoroughbreds and now-extinct Norfolk Trotter horses. The resulting horses were known as demi-sang or “half-blood” horses because they only had one purebred parent. These saddle horses were formally merged and recognized as a breed in 1958 when horses were no longer needed for military and agricultural purposes following World War II. Like many warmbloods, the Selle Français is an excellent show horse. Thanks to their Thoroughbred parentage, these horses are faster and more resilient than other horses of their kind.

While warmblood horses were initially bred as military and agricultural horses, they are hardly used in these areas today. Instead, you will most often see warmbloods dominating equestrian sports and leisure. Their even-tempered nature in combination with their athleticism make them ideal not only for showjumping and dressage, but many other activities as well.