What To Do If Your Leopard Gecko Drops Its Tail 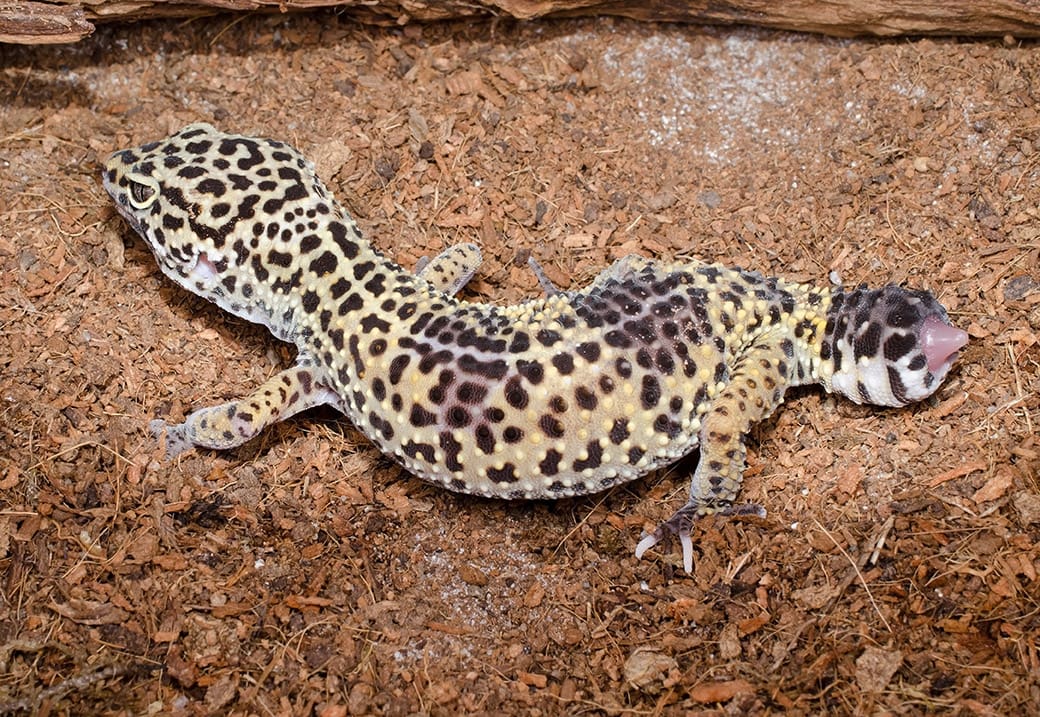 Leopard geckos are fascinating little creatures. The small lizard is a land-dwelling gecko that is nocturnal and because it is considered lower maintenance than other lizards and reptiles, it is also widely acknowledged as being an easier lizard to care for compared to other pet reptiles.

Part of the appeal of the leopard gecko is that many of its habits and its characteristics are alien to us. They shed roughly every 4-8 weeks, as adults, because they outgrow the skin they’re in. They have large eyes and are one of the only reptiles with eyelids and that can close their eyes. Another characteristic they possess that we would consider unusual is the ability to drop their tail.

What Does It Mean?

If you grab your gecko’s tail a little too hard or hold it tightly while the lizard tries to escape, it might come as a surprise when you’re left with the wriggling tail in your hand while your gecko is on the other side of its terrarium.

This ability to shed a limb to escape is known as autotomy. Essentially, within the leopard’s tail is a breakable section of tissue that can be easily broken off when required. Blood vessels constrict and the creature loses very little blood in the process, and a new, albeit different-looking tail, will replace the lost appendage. But it is a stressful experience for your little lizard and you should try to ensure that it doesn’t happen.

Why Do Leopard Geckos Drop Their Tail?

There are, in fact, several reasons why a gecko might drop its tail:

The gecko does not feel any pain when its tail is shed, but it can be considered a stressful experience for your little one. It certainly shouldn’t be encouraged and, where possible, you should try to prevent your Gecko’s tail from being dropped.

What Do You Do When Your Leopard Gecko Drops Its Tail?

How Long Does It Take To Grow Back?

It will take approximately 30 days for the injury site to close up and heal, and once this occurs, your gecko’s new tail should start to grow back. It will not look exactly the same as its previous tail and it is likely to be a little shorter and with a more rounded end than the original, but it will take another 30 or so days to grow back, so it will take around 60 days from the day the tail drops to a new one having grown in its place.

How Many Times Can A Leopard Gecko Lose Its Tail?

There is no set amount of times that a leopard gecko can lose and regrow its tail, but it can happen multiple times over the life of a gecko. As your lizard ages, it may lose the ability to regenerate the tail, although the wound should heal in time, which means that an old Gecko that loses its tail could be left tailless.

What To Do If Your Leopard Gecko Loses Its Tail

It is a natural defense mechanism for a leopard gecko to drop its tail. They do this as a means of shaking off a predator and, in captivity, they may do it if they get their tail stuck or even if they are stressed or surprised. While it doesn’t hurt, it can be stressful, and if you do not carefully manage the injury site, it can get infected and lead to illness and serious complications.

Swap bedding and loose substrate for something more stable and ensure that nothing gets in the injury while it heals. Keep an eye on the injury, and expect to wait 30 days before the wound heals and another 30 days before the tail grows back. Your gecko can drop its tail multiple times over its life, but it may lose the ability to regenerate when it is old and considered a senior.

Is The 'AHS' Spinoff 'American Horror Stories' Based On True Events?

Products For Profit Review - How to Make Money Reselling Online