What Killed My Chicken? Here’s How To Determine The Killer 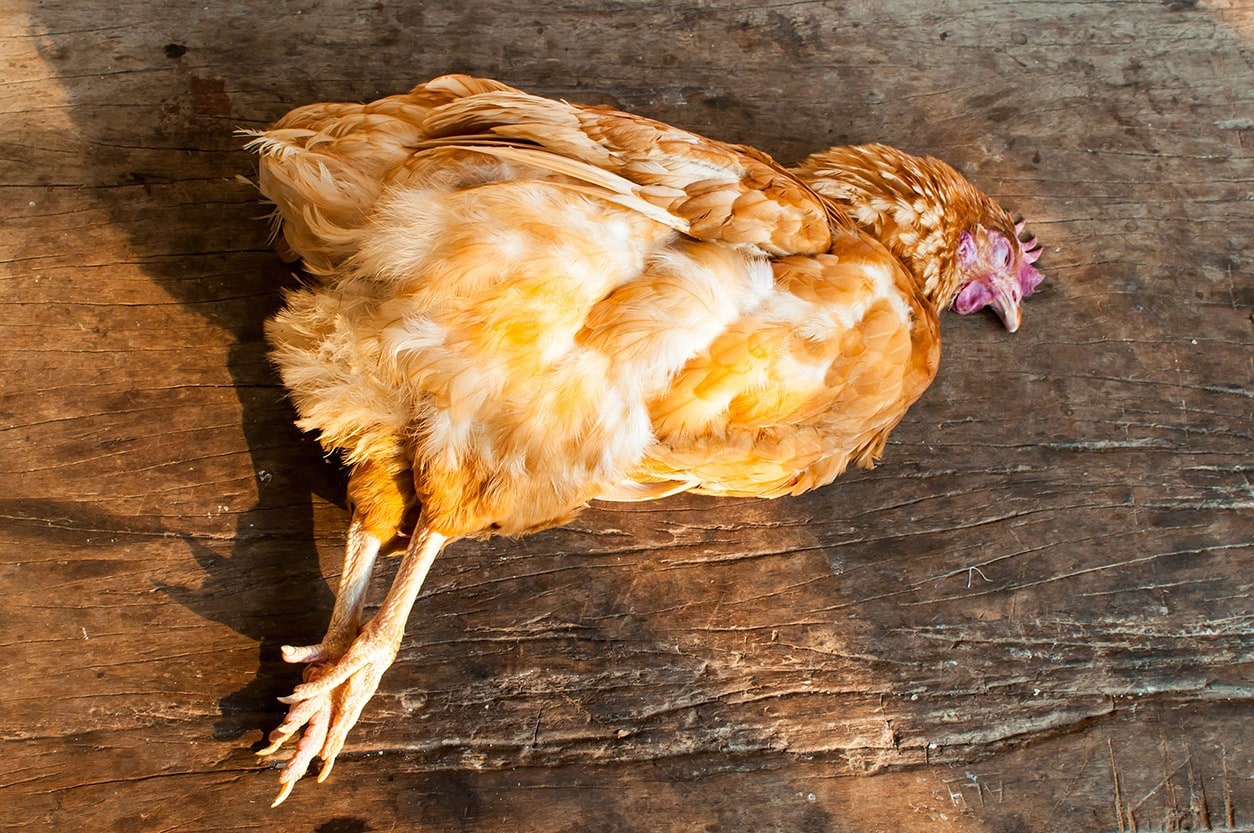 A missing or dead chicken often means that you have a predator on the loose that has become aware of your chicken coop.

It also means that you need to start protecting your chickens. What is the best way to do this? Figure out what has been attacking your precious chicks. That way, you can put up guards that will help keep them away from your chickens and lower the chances of them killing any more of your flock.

In this article, we talk about all the possible predators that commonly stalk and kill chickens. Then, we go through a list of criteria to figure out the likely killer of your chickens.

We aren’t the only members of the food chain that enjoy a good chicken breast. Many wild animals enjoy a tasty chicken wing.

Possible land predators of chickens include:

That isn’t an exhaustive list, but it does include the vast majority of the potential offenders. You will also notice that some of these will be much more pertinent depending on your geographic area. For example, wolves won’t be ordinary throughout most of the Midwest but might be if you live in the Rockies.

Animals like foxes, snakes, and raccoons will be common offenders almost anywhere you live, since they have a much broader range.

There are quite a few aerial predators that you should be aware of too. There are not as many of these, but they are widespread. Since they are smaller, they more commonly go after small chickens or chicks. These include:

The eagle might be large enough to pick up a full-grown chicken, but they are often not aggressive or hungry enough to get that close to human development.

Questions to Ask Yourself to Find Out What Killed Your Chicken

Now that you are equipped with the knowledge of all the animals that would enjoy killing your chickens, you must figure out which one it was.

Start by asking yourself these questions:

1. Did they kill the chicken during the day or at night?

If it was during the day, that rules out all kinds of animals because many predators are nocturnal animals. The animals that might have taken your bird during the day include:

Some of the animals that might take your chicken during the night overlap with those that would during the day. They include:

Notice that the list for a nighttime capture is quite a bit longer because the cover of night works for many things, not just human thieves. That is why it is so essential that you secure your chickens at night and ensure that there are no open areas in their coop. It is unlikely your chicken will try to escape and more likely that an animal will push their way through to get your chickens.

2.  Is the chicken mangled and only partially or not eaten at all?

Not all animals kill chickens to eat them. Some have a high prey drive but might not have the flavor for chickens.

Many times, if your chicken is dead but isn’t eaten, it means a domestic animal is at fault. Even if you think that your dog or cat would never harm a fly, they can’t overcome their primal instinct for a hunt, and chickens are indeed prey to them.

Crows might also be at fault for a partial eat, but usually of chicks, since they are pretty small birds.

Weasels might be another culprit. Although they might eat the chicken, they are also a lover of the hunt. If you find an entire chicken left dead inside the coop, then you can suspect a weasel.

3. Is the head gone, maybe some innards, with everything else left behind?

What you see before you is clear evidence of an aerial attack. Birds often attack and eat their prey by pecking out the bits that will give them the most nutrition and leaving the rest to come back for later, since they cannot carry the rest away.

The other killer that likes to attack the head is a raccoon. They will eat the head off your chicken and happily walk away to leave the rest for other predators or more likely, for you to find in the morning.

Some messy eaters are conspicuous and not good at covering up their tracks.

If your chicken is torn to bits with guts scattered everywhere, think opossum or weasel. Weasels won’t typically eat chickens, but when they are really hungry, they go a bit wild.

Opossums enjoy the nutrient-rich parts of the chicken and will often eat out many of the guts and inner organs, scattering pieces of it everywhere in the process.

5. Is the bird missing, but there are still feathers left?

This usually means that the predator was large enough to pick the bird up and carry it away, and your poor chicken put up quite a fight.

Those animals include larger ones like a fox, feral pig, coyote, bear, or wolf. These animals do not want to kill more than they can eat and will generally want to get away from human development as quickly as possible.

6. Is the bird just missing?

That is often the work of a human thief, especially if your chickens are well socialized and wouldn’t put up a fight should a human pick them up. That means you are unlikely to find feathers scattered around, but your chicken is likely gone for good.

7. Are the inside of eggs gone with the shells cracked?

Some smaller predators won’t want to take the time or fight to get a whole chicken. Instead, they attack the defenseless eggs. Most of the time, this will be a skunk coming and sucking out most of the inside of the egg.

8. Are the eggs gone but the chickens unharmed?

Often, this is the work of a snake, since they will quickly eat an egg whole, and their digestive system will work through it later. A rat or a human could also be at fault because they can also escape with whole eggs without leaving any evidence behind.

There are plenty of things that could be after your chickens and their eggs. Unfortunately, your precious chicken flock is located toward the bottom of the food chain. You need to keep them well-protected by ensuring that they have a safe space to roam during the day, with fencing all the way around, and they should always be cooped up at night.

To infinity and beyond! This Amazon Black Friday tablet deal drops the 256GB Samsung Galaxy Tab S7 FE down to $450

The PS Plus Black Friday deals are here — Get up to 36% off Essential, Extra and Premium tiers