What Is a Baby Horse Called? 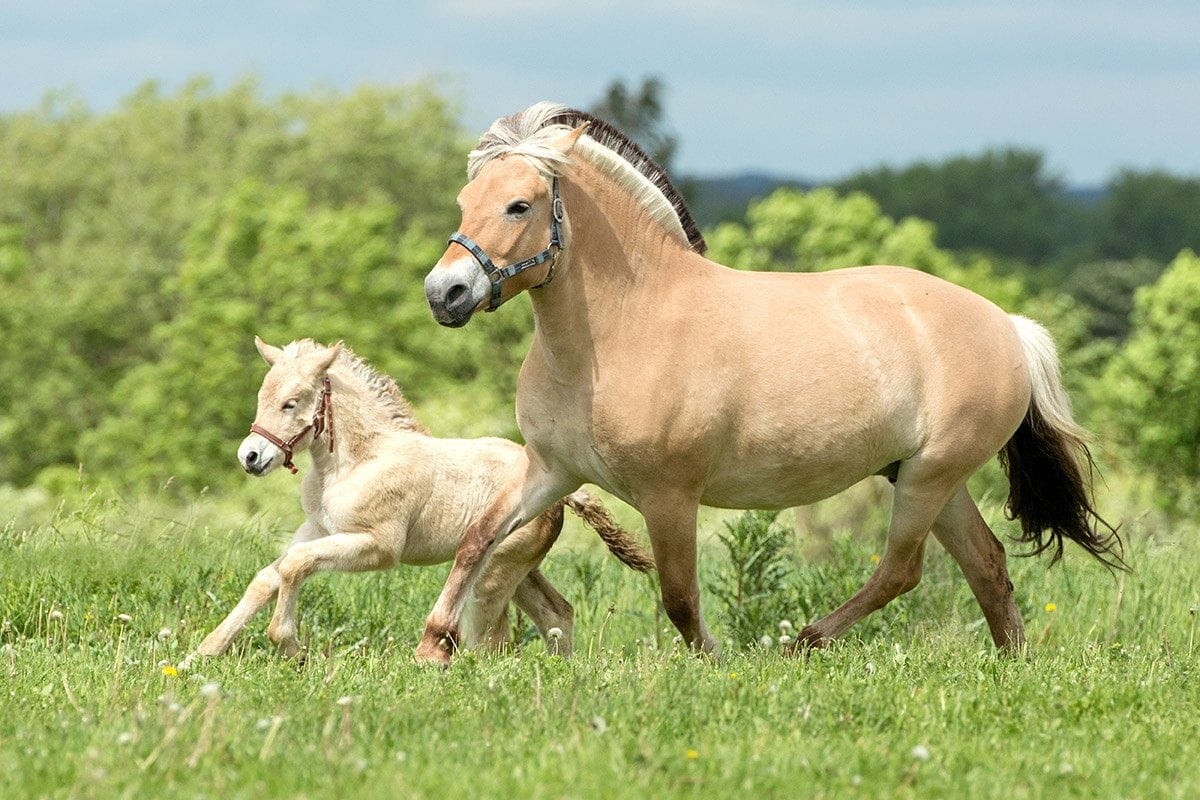 All animals have a specific term that refers to the young and babies. Horses are no exception. Still, it can be difficult to know exactly what to call a baby horse because the industry has quite a few terms that describe different types of horse babies.

In this article, we are going to go over all that terminology so that you can more confidently use horse age terminology. We will begin by looking at the general name for baby horses, and then look at more specific terminology that relates to age and gender.

What Do You Call a Baby Horse?

If you see a baby horse under the age of one, it is called a foal. It does not matter if this baby horse is a boy or girl. The name foal simply tells you the age of the horse, which is that it is a newborn baby who is under the age of one. If only things were as simple as calling a baby horse a foal. There is other terminology that you need to know in order to address a horse more confidently by its age and gender:

Whereas a foal is a horse under the age of one, a weanling is a foal that has stopped nursing recently. This typically occurs whenever the foal is around six months old.

Once a horse has reached its first birthday, it is called a yearling. If a horse is a yearling, it means it is over the age of one but under the age of two. Both terms weanling and yearling can be used for males or females.

In both of these cases, the horse is still really young, but it isn’t quite and adult yet. The terms weanling and yearling simply tell you exactly how old the horse is and what stage of life it is in.

Foals are also distinguished by their gender. This occurs whenever the horse is between the ages of two and four. During this age, the horse is still not a complete adult, but it is old enough that it is finally out of the baby stage.

Foals are actually quite interesting. Here are some fun facts about foals and horse breeding:

If you want to refer to all baby horses under the age of one, you simply call them a foal. As the horse ages, the terminology transitions from a weanling to a yearling. Then, you start hearing gender-specific terms, such as colt, filly, stallion, stud, gelding, mare, and broodmare.

If you aren’t using these terms perfectly, don’t worry. These terms are used much more fluidly than you would expect. What matters most is that you know when a horse has reached adulthood. Adulthood is when the horse can reproduce and race.

So long as you don’t say “baby horse” and opt for the more correct term “foal” instead, most people will not ask questions or raise any eyebrows about the terminology used.

Andy Of 'The Devil Wears Prada' Is An Aries, According To An Astrologer