What Do Owls Eat? What You Need To Know! 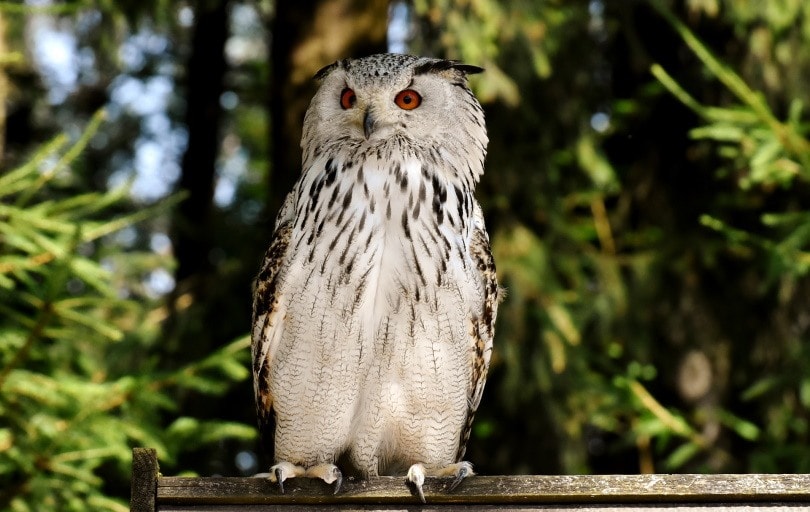 Did you know that there are about 200 different species of owl? There are 19 owl species found in the United States alone. There is a large amount of diversity among different owl species, but they all have one thing in common: they are strict carnivores. In this article, we will discuss the owl’s various habitats and typical diet.

Owls live in many different kinds of habitats all over the world, including prairies, deserts, and, most commonly, wooded areas such as forests. You will usually find their nests in trees, but they also nest in barns, holes in the ground, and even in caves.

Unlike other birds, owls do not migrate in the winter, but they stay put. Most of the time, they remain active during the winter, continuing to hunt for prey. Many owls, such as the snowy owl, great horned owl, and great gray owl are adapted to live in very cold climates. The snowy owl, which can usually be found in the areas surrounding the North Pole and sometimes Canada and the Northern United States, can survive temperatures as cold as -60° F. With their densely layered feathers and thick foot padding, they are made for these kinds of temperatures.

Owls that live in extremely warm climates, such as the desert owl, stay cool by limiting their activity to the nighttime when it is much cooler outdoors. Burrowing owls do just what you might expect based on their name: they burrow in the ground to protect themselves from hot weather.

Related Read: Do Owls Make Great Pets? What You Need to Know!

What Do Owls Eat?

As you can see, owls all over the world can live in quite a range of habitats; they have adapted over time to the climate in their particular areas. An owl’s exact diet depends on its size, its habitat, and the types of animals available nearby. For example, the screech owl, which usually grows no taller than 8 to 10 inches, feeds primarily on insects. Compare the screech owl to the eagle owl, which stands at about 2 feet tall and feeds on prey such as foxes, hares, and even other birds such as ducks.

While there is a lot of variation among different owl species, the typical diet for an owl usually includes rodents and other small mammals. Their diet can also include reptiles such as lizards and snakes, invertebrates, fish, frogs, squirrels, birds, and other animals. Most owls are opportunistic eaters, which means they will eat just about anything that is available to them.

To catch their prey, owls will often wait for something to come along while perched on a low branch or stump. They have excellent hearing and eyesight that allows them to detect even the smallest and quietest of prey. Once they find something, they will swoop down to collect their victim. Special feathers on their wings help muffle the sound of their flight, making it easy to take prey by surprise. Like other birds, they are not capable of swallowing their food, so it is either eaten whole or torn into smaller, digestible pieces. Parts of an owl’s prey that can’t be digested such as bones or fur are regurgitated as pellets.

Related Read: Do Owls Attack and Eat Cats? What You Need To Know!

As predators, owls play a vital role in preventing the overpopulation of pests such as rodents that are likely to eat crops and other food. However, many owl species are threatened due to human activity, habitat loss, invasive species, and climate change. Organizations such as Defenders of Wildlife work to protect owls’ habitats across the United States by petitioning local and state governments, working against climate change, and engaging in forest planning.

Owls are majestic animals that play an important role in controlling small prey populations all over the world. They are particularly helpful to humans by cutting down on the populations of pests such as rodents that tend to devastate human food supplies. However, some owl species are becoming endangered due largely to human activity. You can help by donating to a conservation organization and raising awareness of this problem!

Which 'Love Island' US Couples Are Still Together?