The African Wild Dog is a highly social breed of canine native to sub-Saharan Africa that will regurgitate food for its young if they aren’t present during a hunt. In this video posted by Working With Wildlife (WWW), rare footage of this act was captured in Kalahari, South Africa.

The clip shows a pair of wild dogs, also known as Painted Wolves, who have returned to their den to feed their puppies. The WWW team captured this footage by planting a GoPro outside of the animals’ den while the adults were hunting. According to conservationists and researchers, these animals move very frequently and can travel incredibly great distances in a short amount of time, making them very difficult to actively monitor. They are also teetering on the endangered species list, which adds to the difficulty in capturing footage like this.

The African wild dog is the bulkiest and most solidly built of African canids. Standing 24-30 inches in shoulder height and 28-44 inches in length (excluding the tail), and weighing up to 79 pounds. The fur of the African wild dog differs significantly from that of other canids and consists entirely of stiff bristle hairs with no underfur that they lose as they get older. Color variation is extreme and may serve in visual identification, as African wild dogs can recognize each other at distances of 50 to 100 meters. Much of the species’ coat patterning occurs on the trunk and legs. Little variation in facial markings occurs, with the muzzle being black, gradually shading into brown on the cheeks and forehead. 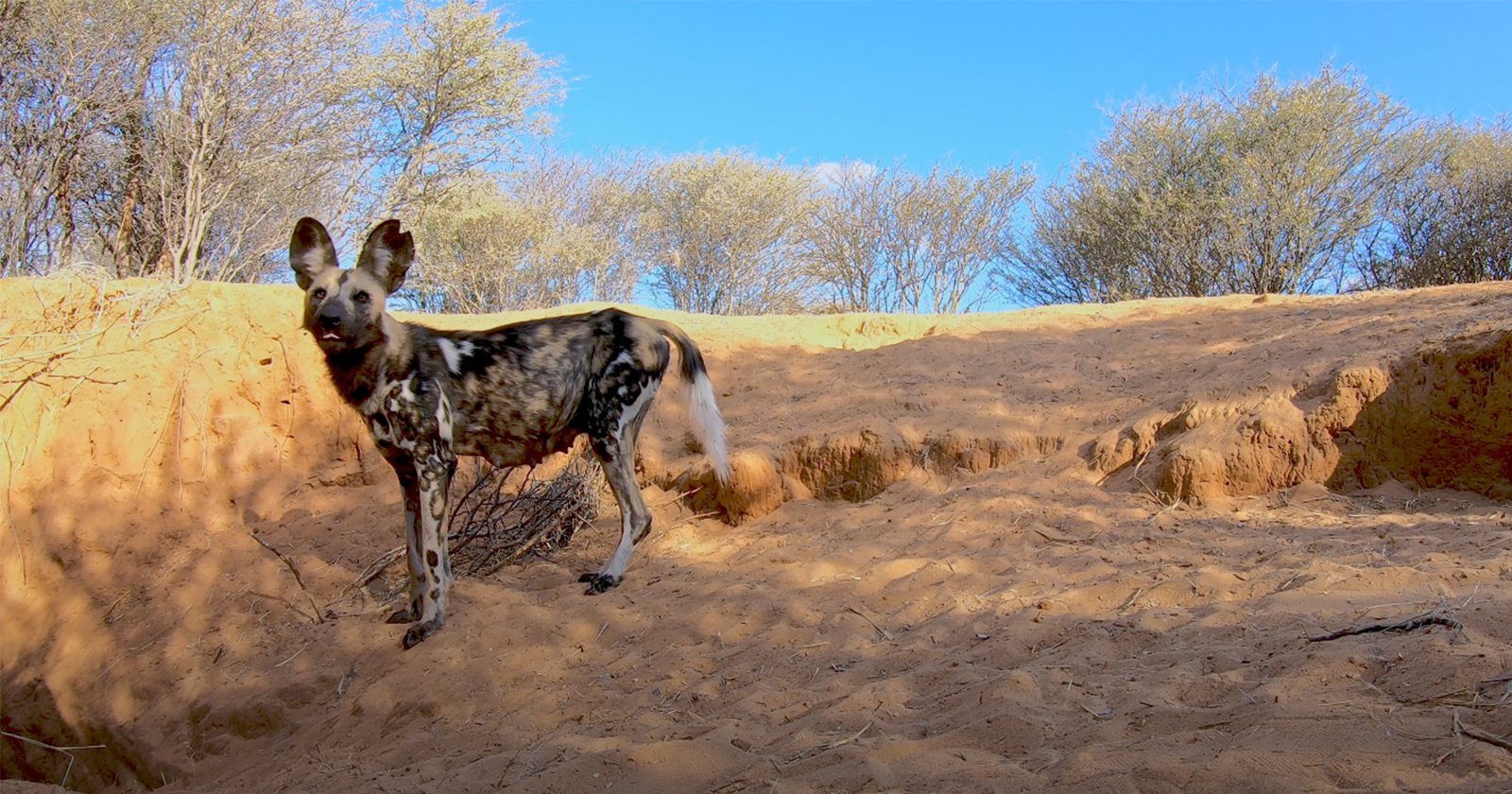 Living in packs of up to 27 adults and pups, each litter of newborns can have up to 16 pups, making feeding them all a full-time job for the rest of the pack. The pups are weaned at the age of five weeks when they are fed regurgitated meat by the other pack members. By seven weeks, the pups begin to take on an adult appearance, with noticeable lengthening in the legs, muzzle, and ears. Once the pups reach the age of eight to 10 weeks, the pack abandons the den and the young follow the adults during hunts. The youngest pack members are permitted to eat first on kills, a privilege that ends once they become yearlings.

The video shared by Working with Wildlife manages to capture the incredibly rare scene of this feeding since the nursing animals tend to only stick around a particular area to raise their pups for about eight to 10 weeks before picking up and moving again. To learn about these animals, be sure to visit other videos on the Working with Wildlife YouTube channel.

Are CIOs Up for the Customer Experience Challenge?