Valve’s Steam Deck is on track to release this February 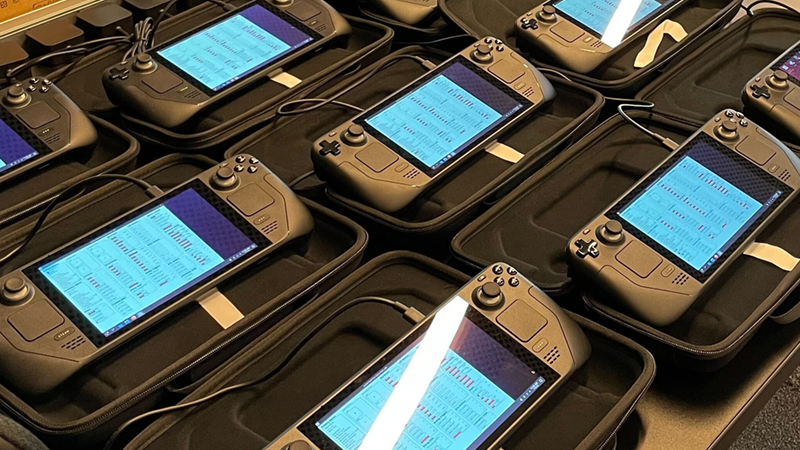 After the unfortunate news of Valve’s hugely anticipated Steam Deck being delayed back in 2021, the Nintendo Switch competitor is now on track to release by the end of February — at least, it “looks like” is it.

According to the company’s January update, Steam Deck shipments will begin sometime at the end of next month, with Valve currently trying out the “first units in-house to test and evaluate.” Apparently, they’re looking great.

Thanks to global supply chain issues, material shortages and delays, Valve missed the initial release date of the handheld PC system and pushed it back by two month. Now, it seems the company will hits its target launch, but the “looks like” in the post does sound ominous. That said, it’s more of a Get Out of Jail Free card just in case more supply issues pop up.

Happy January! We have a small update for you today – tl;dr – we’re still on track to ship in February.Check it out here: https://t.co/pQXC101JCVJanuary 13, 2022

The Steam Deck offers considerably more power than the Nintendo Switch or Nintendo Switch OLED, enabling it to play AAA titles at 60Hz. While the Steam Deck runs a Linux variant, it is also able to play Windows games, although there have been some hiccups getting games on the platform.

We now know Portal 2 is the first game to become Steam Deck verified (via GamesRadar), and there will many more to come. Valve states its testing games in four major categories before they can be verified, including input, seamlessness, display, and system support.

For those who haven’t, you can reserve any of the three configurations of Steam Decks (including 64GB eMMC, 256GB NVMe SSD, 512GB NVMe SSD) on Valve’s listing page, with expected order availability to kick off sometime after Q2 2022.

How will the Steam Deck fair against the current king of handhelds, the Nintendo Switch OLED? We’ll have to wait until the end of February to find out. In the meantime, check out the best PC games we’ll (hopefully) be able to play on Valve’s handheld.

How to Choose the Right Data Visualization

Get £10 off Horizon Forbidden West, even though it's not even out yet: Daily Deals

7 Things… – It Starts With Coffee

I Can’t Stop Dreaming About the Coach Pillow Tabby 18