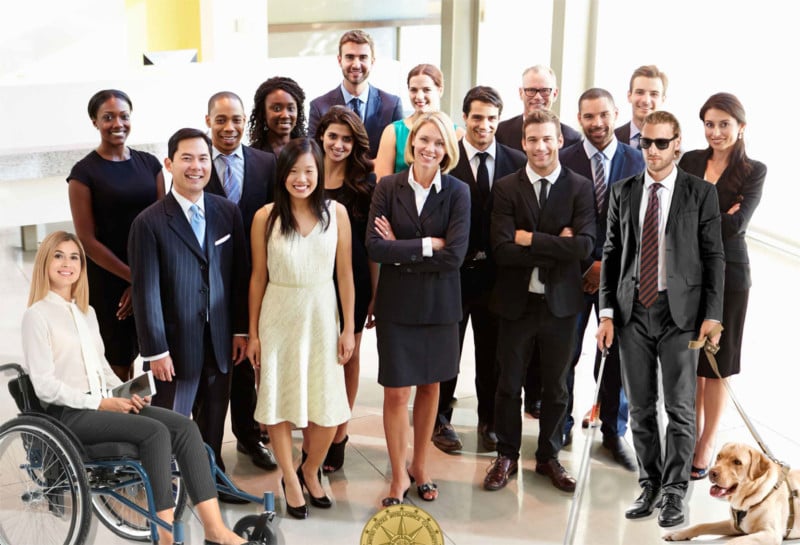 A US intelligence agency is being mocked on social media for obviously “Photoshopping” the cover photo of its latest annual demographic report, which presents “efforts addressing diversity and inclusion.”

On Thursday, ODNI published the 2020 edition of its Annual Demographic Report, which has been released every year since 2016.

“The report discloses key metrics on the IC’s hiring and retention of minorities, women, and persons with disabilities, as well as activities and initiatives throughout the IC to drive diversity, equity, and inclusion,” ODNI states in a press release.

One of the key figures cited in the 52-page report is that the percentage of people with disabilities in the intelligence community’s civilian workforce increased from 11.5% to 11.9% in 2019.

What caught many people’s attention, however, was the cover of the report, which features a photo showing a diverse group of office workers standing in a lobby. Two of the subjects — a woman in a wheelchair and a blind man with a guide dog — were clearly digitally added to the photo.

Social media quickly tracked down the original stock photo that was used: it’s titled “Portrait Of Multi-Cultural Office Staff Standing In Lobby” and is available on Shutterstock.

Many more stock photos of diverse groups of people are found throughout this year’s report, but it appears that only the cover photo received special Photoshop treatment. Based on public reaction to the cover photo, ODNI may want to consider further increasing the diversity of its civilian workforce by adding a professional photographer and/or Photoshop expert.

Whoever created the cover photo did capture the current demographics with a startling degree of accuracy, though: if 2 of the 17 people pictured are persons with disabilities, that’s a percentage of about 11.8%…

“The Intelligence Community should reflect the diverse makeup of America and demonstrate that we are fostering an environment where every professional can succeed,” said Director of National Intelligence Avril Haines in a statement regarding the report. “Promoting diversity, equity, and inclusion is fundamental to our democratic values and critical to meeting the IC’s mission.

“This takes work every single day. We are committed to doing more to address this critical issue and accelerate our progress.”

New MacBook Air leak reveals CPU — and no, it's not the M1X