Updates to the Ubiquitous JPEG Promise to Save Energy, Improve Quality 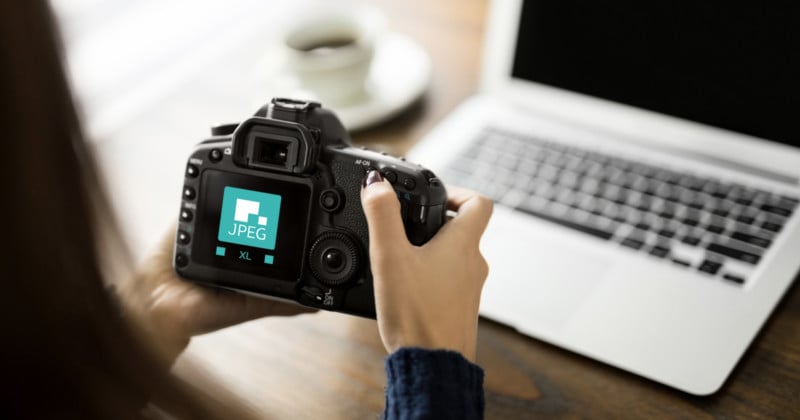 The creators of JPEG XL say the format can bring major changes to the popular JPEG such as large bandwidth savings and higher fidelity image quality with no conversion necessary — JPEG XL still be read as a traditional JPEG.

In the 1990s, JPEG — the lossy compression used for digital images — was recognized as the web format for photographs and also became a standard format for digital cameras, which began to fill the consumer shelves at the time. Thirty years later and JPEG still stands strong and largely unchanged despite several unsuccessful attempts to replace it with such as JPEG 2000, JPEG XR, Google’s WebP, HEIC, and others.

Few argue the benefits of higher-quality codecs like HEIC, but the issue lies in conversion and support, which is slow to roll out and be adopted.

The creators of the JPEG XL Project, on the other hand, took into account the transition problems of all the formats mentioned above and designed the new file format JPEG XL as a superset of JPEG and preserved all the JPEG coding tools. This means that all JPEG image data can be represented as JPEG XL image data and users don’t need to decode JPEG to pixels when they convert. Furthermore, the conversion is reversible and quality is preserved.

The contributors behind JPEG XL have agreed for it to remain a free and open-source software and the file format also comes with a royalty-free patent grant.

This file format brings both high fidelity — which represents the ability to render an image accurately with minimal information loss — as well as universality — which refers to numerous image types that can be handled by the format, including photographs, illustrations, cartoons, computer-generated images, screenshots, maps, layered images, and many more. JPEG XL has also added support for 360-degree images, image bursts, large panoramas and mosaics, and printing.

For users, this means JPEG XL has the potential to become a modern replacement for their existing use cases of JPEG, PNG, and GIF format files. Not just that, migrating to this file format reduces storage costs and subsequently reduces global data use because servers can store a single JPEG XL file to serve both JPEG and JPEG XL clients, according to the JPEG committee.

The JPEG XL standard will consist of four parts, with all collective parts expected to become a standard at the end of 2021, if no major roadblocks are encountered. However, even though the file format will be available for use, it will still require time to obtain software support for it to be used in applications and on platforms.

Cloudinary — a media experience company — is hopeful that this file format will be successful in dethroning the old JPEG and can become “a worthy successor to a 30-year old image format that’s as old as the World Wide Web.”