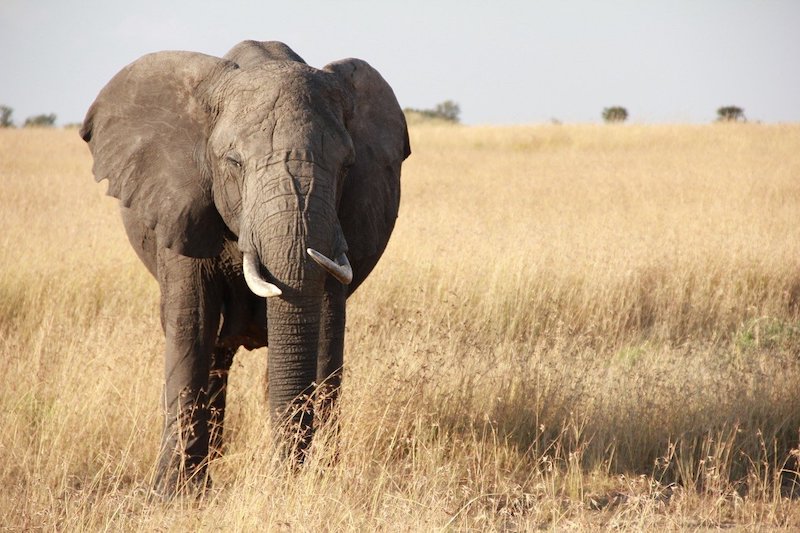 There are self-proclaimed dog people and cat people, with many that swim in both ponds. Part of the attraction is with the bonds that we form with our animal companions. Then, there are those people who want something different and look toward unique pets to satisfy that desire.

Of course, dogs and cats are by far the most popular choices, with 63.4 million households with the former and 42.7 million with the latter. If you dig deeper into these figures, you’ll find some surprises. How about the 5.4 million homes that have invited small animals into their lives? Or the 4.5 million households that include reptiles as their pets?

You’d think it would be a no-brainer to pass on some of the more exotic choices, such as big cats or primates. Surprisingly, that’s not necessarily the case. Bear in mind that you must determine the legality of owning some pets at the federal, state, and local levels. For example, many rural areas and suburbs allow chickens but draw the line at livestock, like goats.

Let’s delve into this question and learn more about some peculiar pets.

Our disclaimer: We do not advocate keeping wild animals as pets. This article is purely informative and cannot be considered an endorsement for the practice.

We know that cats are probably closer to their wild roots than dogs. You can find out for yourself, depending on where you live. You can own bobcats in Arkansas, but only up to six with a permit with the right living conditions. Michigan will let you bring one home, as long as the bobcat was raised in captivity. Remember that they’re called wild cats for a reason.

It’s hard not to fall in love with a kangaroo, especially when you see a little joey peeking out of its mother’s pouch. You can raise one in Arizona or Colorado. However, there’s something you should know before you buy one. You can’t housebreak a kangaroo. Oh, and don’t make it mad, either. It can kick better than any American football punter.

If a bobcat is too small for you, then you might want to consider a tiger instead. Pennsylvania allows residents to have one but only with an Exotic Wildlife Possession permit. The same applies to Tennessee and Texas. It’s worth noting that there are more tigers as pets than exist in the wild. What is it like to own an animal that could kill you? Just ask Mike Tyson.

If you’re bored with your run-of-the-mill chinchilla or lizard, you can go big in Alaska—literally! Alligators are allowed only if you have a permit in Florida. Louisiana limits you to one caught in the wild per day. It’s worth noting that gators in the wild can and do take black bears and Florida panthers. Just saying.

Often, we see celebrities with weird pets just because they can. Sometimes, it almost seems fitting with certain people, such as Salvador Dali and his anteaters. Don’t think about it in New Hampshire or Georgia, where they are banned as pets. On the other hand, you can get one in Oregon with a permit.

While Florida recognizes the safety risk, you can still possess a giraffe if you get a Class II annual permit. Adults can reach heights of over 18 feet tall. While it may take out your trees, giraffes don’t need as much food as comparably sized animals. Their history as pets goes back to the time of the Romans because of their exotic appearance and docile nature.

Nothing quite makes a statement like owning an anaconda, the world’s largest snake by length and weight. You can do so legally if you get a permit for one in Vermont. Their native habitat is the tropical forests of South America. The greatest challenge you’ll probably have is finding food for it. In the wild, they sometimes eat tapirs, which can weigh up to 700 pounds!

There are three native fox species in the United States. The Red Fox is the most striking of the group. If you live in Utah, Virginia, or Wyoming, you can have one as a pet. However, Virginia draws the line at breeding or selling them. Their coloration must also differ from wild ones. Many states ban foxes because of the risk of rabies.

If you want something really different, then mosey down to Missouri, where you can get that snow leopard you’ve always wanted. Interestingly, the state doesn’t include this large carnivore on its list of “dangerous wild animals” that you must register with the local law enforcement. However, you can keep one in Montana without a permit!

If you’re lucky enough to live in Nevada, go right ahead and get your elephant for the kids. Who needs a pony? And a permit is not required. You’ll be the hit of the neighborhood, except when it comes time to clean up the backyard.

Zebras are interesting animals. While they’re related to domesticated horses, they are quite different. They’re very social and will greet group members. However, you’re not going to ride one. It might not even let you get close to it, despite its long history in captivity. You can obtain a permit for one in North Dakota or Oklahoma. But you’ll probably end up admiring them from afar.

You had better live in Oklahoma, Tennessee, or Utah if someone gifted you an ostrich. While they can’t fly, they more than make up for it on the ground, with speeds topping 40 mph. The number of wild birds has been on the decline, prompting the International Union for Conservation of Nature and Natural Resources (IUCN) to list it as a vulnerable species.

Speaking of Montana, you can also get a Gila Monster sans the permit! That one left us scratching our heads. After all, they are venomous, at least, the University of Arizona Poison and Drug Information Center thinks so. Then again, you’re more likely to get killed by a Grizzly Bear, so the Gila Monster is probably a non-issue.

It takes a special person to want to raise a gorilla. If that’s on your bucket list, then Mississippi is the place for you! The state recognizes them as “inherently dangerous,” which is why you need to get a permit to keep one. Many jurisdictions and animal rights groups have spoken against keeping any non-human primate as a pet on the grounds that it’s cruel.

While we can understand why someone would want an exotic pet, the fact remains that most of the permitted species are wild animals. Even captive-bred ones have few generations of domestication. Compare that to dogs that have lived with humans for over 10,000 years. Laws change. Just because it’s legal today doesn’t mean you can keep it as a pet a year from now.

Many animals have needs that would be difficult, if not impossible, to meet. Feeding and housing are also likely to run into the thousands of dollars to it right. With so many homeless dogs and cats, we recommend inviting a needy pet into your life. The rewards of pet ownership are priceless, as long as you understand the commitment you’re making.

Best Podcasts To Listen To In 2021 - It Starts With Coffee

Act now! Apple AirPods Max is $120 off for Cyber Monday, matching its lowest price ever

Cyber Monday Beats deals 2021: Save up to $200 on today’s hottest headphones