These Colorized Iconic Tennis Images Celebrate the Return of Wimbledon 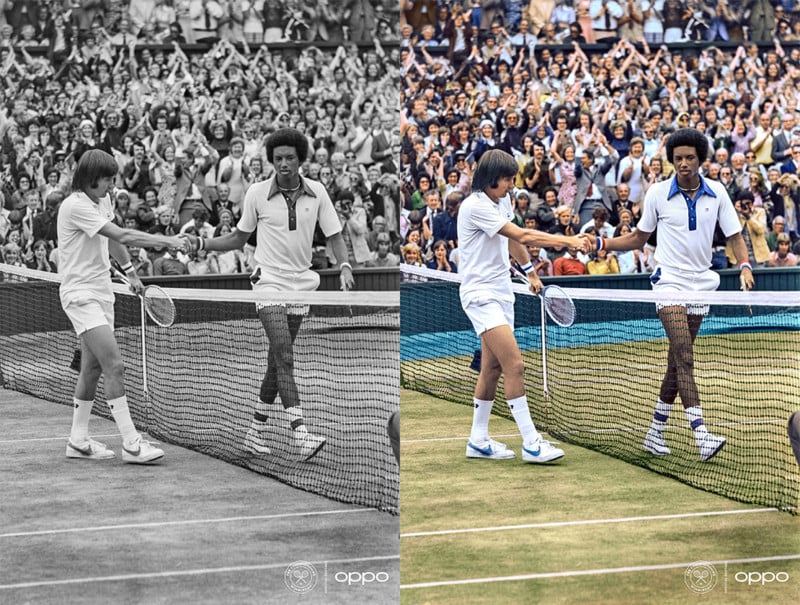 A photographic campaign celebrated the return of Wimbledon this year through an exhibition of iconic moments captured on tennis courts throughout the past decades and colorized to provide viewers with a new perspective.

This year, Wimbledon — the oldest tennis tournament in the world — took place over two weeks between 28 June and 11 July. To celebrate the history of this Olympic sport, the official smartphone partner, OPPO, in partnership with Getty Images, held a “Courting the Color” media event and exhibition to bring historic sporting moments to life using modern restoration processes and technology.

The collection of colorized images featured Althea Gibson and Arthur Ashe — the first African American athletes to win Wimbledon — Suzanne Lenglen, Helen Jacobs, and Fred Perry — famed for their style on the court and the impact it had on cultural shifts off the court — and other pivotal moments in tennis history regarding race, gender, and fashion.

Each image displayed in the exhibition underwent a thorough restoration process performed by Getty Images experts in combination with OPPO’s imaging technology. The smartphone company has been a partner of Wimbledon for the last three years and this photographic initiative is a part of OPPO’s “Play with Heart” campaign which engages with sports enthusiasts worldwide and showcases the company’s products and technology. 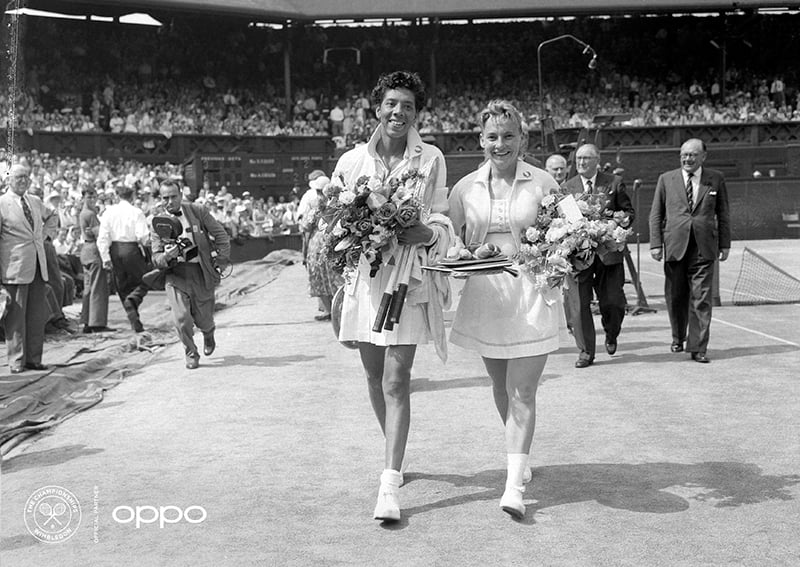 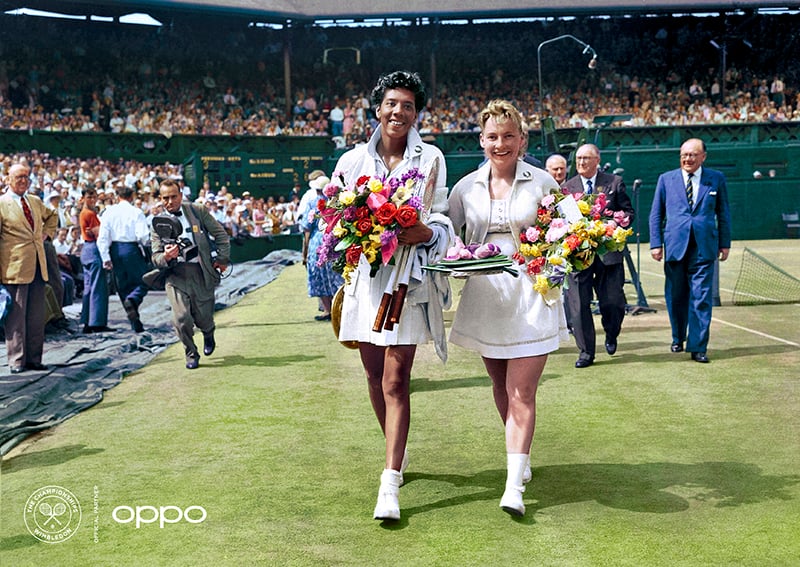 The first African American woman to win Wimbledon, Althea Gibson is pictured, above, in full color, leaving the court with her compatriot Darlene Hard after a hard-fought battle on the court. Using one billion colors, the image, originally in black and white, brings new life to a true icon and leader, who never accepted no as an answer in life and was constantly striving to show she deserved her place on the court, regardless of her skin tone. 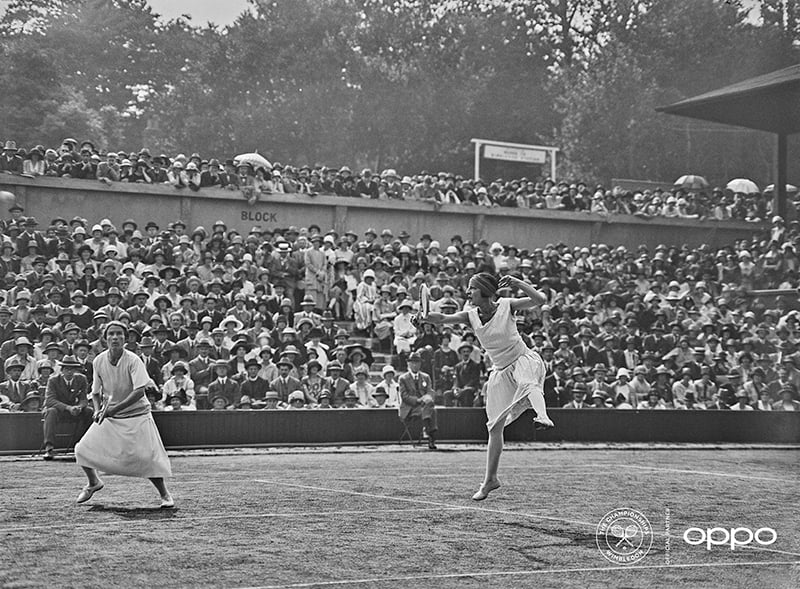 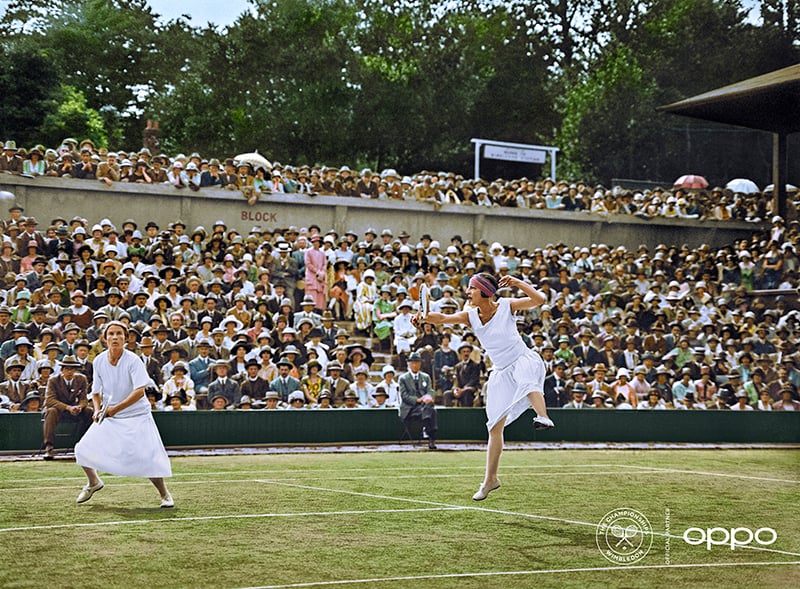 In the photograph above, the fashion pioneer Suzanne Lenglen is pictured alongside Elizabeth Ryan and is one of the earliest images to surface portraying female tennis players athletically. Lenglen became a female icon before her time, through her passion. 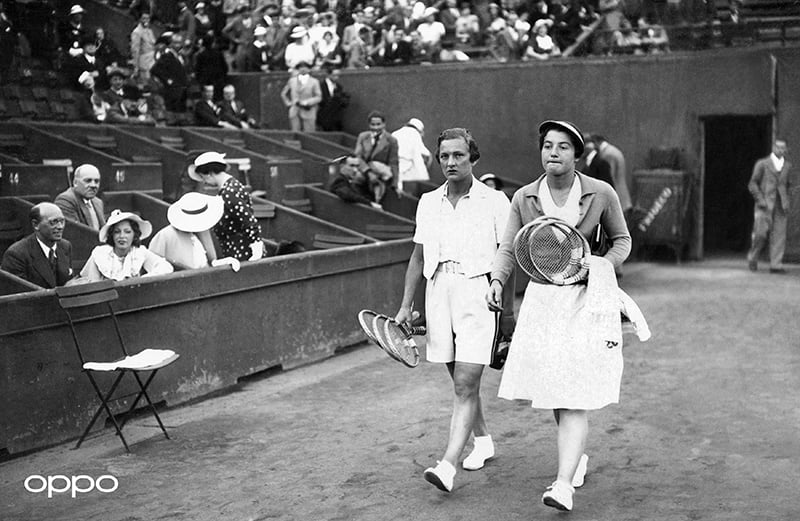 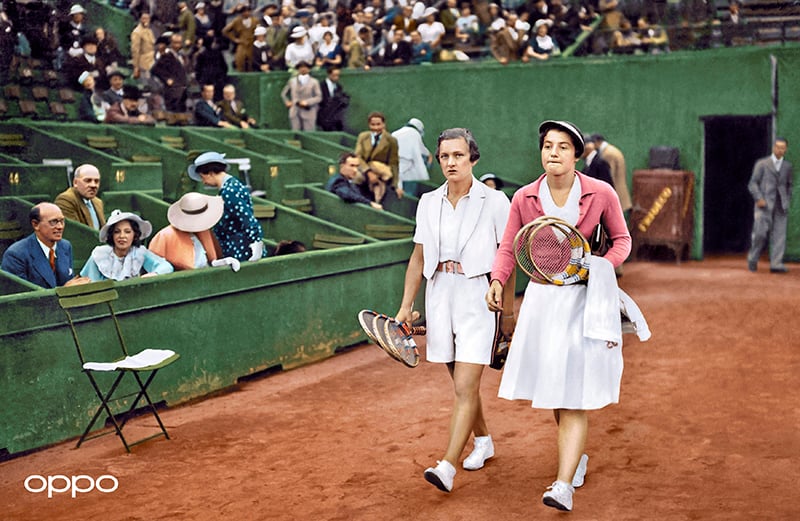 Helen Jacobs is pictured, above, at Roland Garros where, in 1934 she changed the face of fashion, being the first woman to wear shorts on the court instead of a dress. 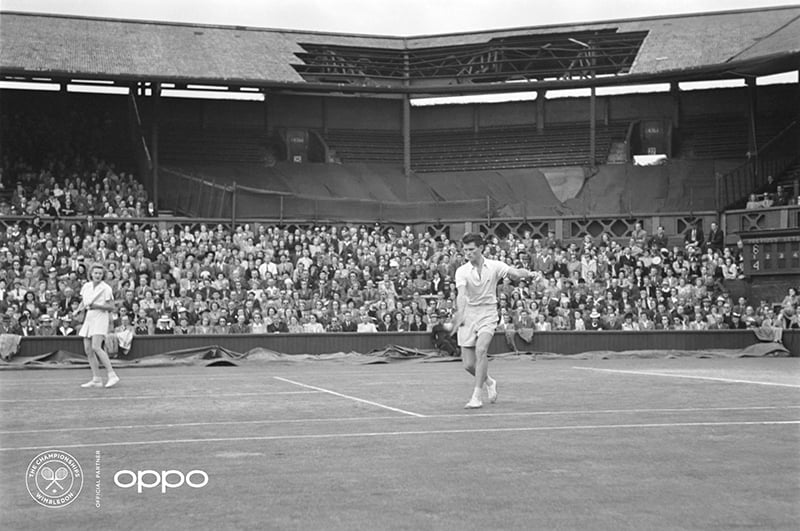 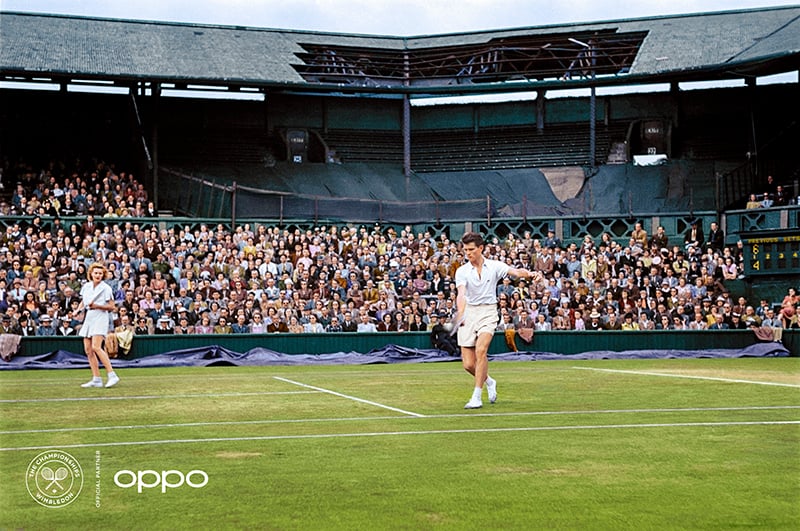 1946 was the first time Wimbledon took place after World War II. In the background of the image above, damage of the Blitz is still visible, even more clearly today, as the image is colorized. 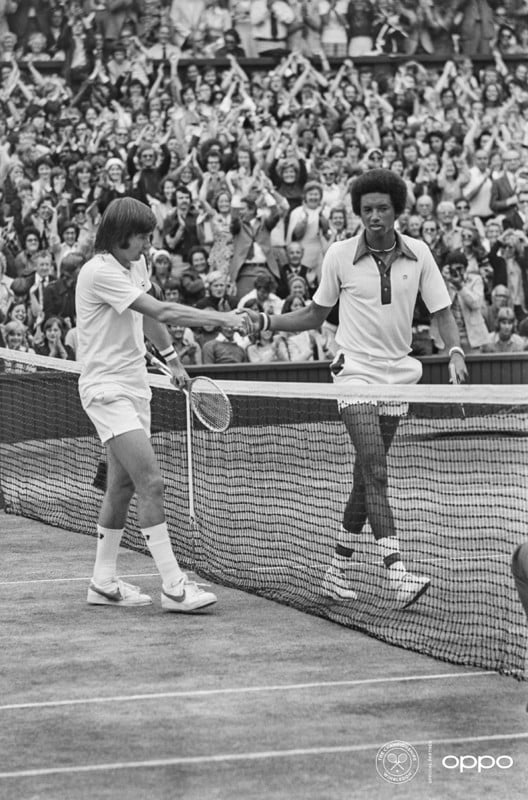 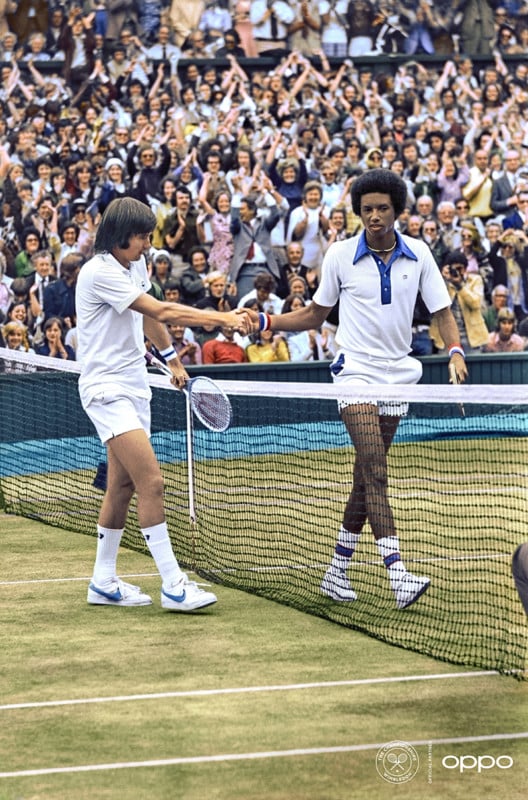 The first African American man to win Wimbledon, Arthur Ashe is pictured, above, in 1975 alongside compatriot Jimmy Connors in full color. OPPO explains that using one billion colors, the image, originally in black and white, brings new life to the relentless resilience Arthur showed in the face of the societal injustices of his time.

Greg Rusedski, the former British-Canadian tennis player, said that “the return of tennis is to be celebrated, and what better way than to explore the iconic moments that have made the sport what it is today.” He highlighted the craftsmanship of the exhibition which “made the images, some 80+ years old, seem like they were taken just yesterday, portraying them through an unseen lens and reigniting important conversations.”

The exhibition was unveiled at an intimate workshop in London which hosted a panel of experts, such as Kevin Cho, Managing Director of OPPO UK, Andrew Cotter, sports broadcaster and “voice of tennis,” Carolina Issa, magazine publisher, and fashion consultant, Rusedski, and others. The panel discussed a variety of themes within the collection and covered significant historical moments in the history of this sport. The workshop also provided a hands-on experience with OPPO’s flagship product of the year — the Find X3 Pro smartphone which boasts a 50MP camera — reviewed by PetaPixel earlier in March.

Although colorized images might bring a fresh perspective on historical moments and make them more easily digestible for younger generations, this image-altering method still raises ethical concerns and discussions within the imaging industry.

The full colorized image gallery can be found on OPPO’s website.

Image credits: All images provided by OPPO and used with permission.

EA is up for grabs — Apple, Amazon, and Disney reportedly in talks to acquire