The 11 Types of Horseback Riding Styles to Know About 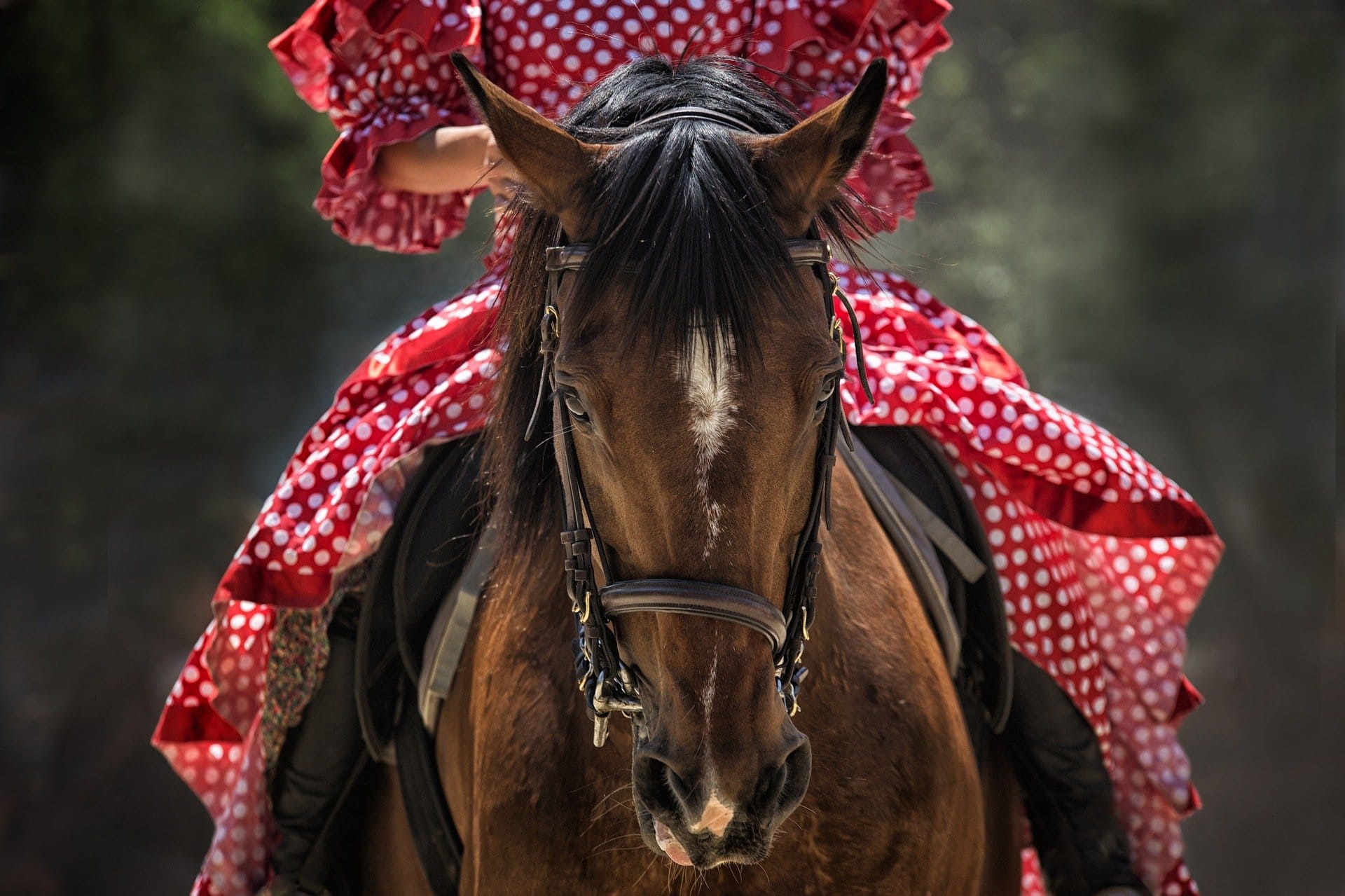 Horseback riding can generally be split into Western and English riding. The primary difference between these two general styles of riding is the saddle itself. The Western saddle is larger and it spreads the weight of the rider over the back of the horse, making it more comfortable for long days on horseback. English saddles are lighter and give closer contact between the rider and the horse. There are benefits and drawbacks to each, and while these are the two basic forms of horseback riding, there are many different styles, each with its own nuances to learn.

Below are 11 of the most common and most popular forms of horseback riding style. Read up on each and determine which is the best style for you and your horse.

This traditional riding style is an extreme form of riding. It is performed in competition and the rider and horse must perform a series of movements from memory. It is meant to develop the athletic ability of the horse and therefore produce the best riding horse possible.

Dressage is regularly competed in the Olympics and has its own major events. Rider and horse are judged with a score out of 10.

The preferred breeds used for this style of English riding are baroque. The Andalusian is one of the more commonly used breeds, while the Lipizzan is a rare breed but is recognizable because it is used for dressage in the world-famous Spanish Riding School in Vienna.

Eventing is another English riding style. It consists of dressage (as above) as well as show jumping and cross country. It is often called three-day eventing, with each day representing a different discipline, and the style stems from a cavalry test that would have been used to show mastery of riding. The combination of disciplines makes this a very challenging method of horseback riding.

Hunter, jumper, and hunt seat equitation are all forms of show jumping, which itself is a form of English riding.

Also referred to as stadium jumping—because it is usually contested inside a stadium rather than outdoors—this discipline requires horse and rider to complete a series of jumps within a time limit. Riders receive a time penalty for failing any jumps or knocking any of the fences over. After penalties have been taken into account, the horse and rider with the lowest time are deemed the winners.

A good show jumping horse requires power to give it a strong jump, agility to be able to turn quickly and get around the course, and speed to sprint between fences. The American Quarter is considered a popular starter breed while warmblood breeds are reserved for more advanced levels.

Judges give a point score to each horse as it parades around the outside of the arena with other competitors. The judges will also give commands such as walk, jog, lope, and reverse. As the name suggests, this is a Western style of riding and, while it is quite slow, the judges are looking for horses that appear to be a pleasure to ride, so style and manners are very important.

The American Quarter, American Paint, and Appaloosa are among the most commonly used breeds for this specialty.

Reining, or Western dressage requires horses to perform a series of loops, circles, and spins. This is done at a lope and a gallop, and the horse should not resist the commands or struggle with any of the movements. The commands and cues given by the rider should be virtually invisible to spectators.

It is a precise method of riding and it does require close control. The American Quarter is, again, the most popular breed for this style of riding. It is meant to show the riding skill of a cowboy and the ability of their horse to be able to stop and turn on a dime.

Cutting is a form of rodeo riding and it aims to show a horse’s ability to be able to single out one cattle and direct it where required. Although this method is said to judge the horse’s ability, the rider must also have high skill levels so that the horse can perform at its best.

This singling out of cattle would enable ranchers to brand the cattle or to check it physically.

Barrel racing was established in 1931 in Texas. At this time, only two barrels were used, and riders had to perform a figure of eight around the barrels as quickly as possible. By 1935, the clover pattern that is used today was introduced, but this pattern was not judged until competitions in 1949.

A combination of balance and speed is vital, with a run taking less than 20 seconds, although the time can vary at some tracks.

Endurance rides are long-distance treks between 25 and 500 miles. Health checks are conducted every 25 miles, ensuring the good health of the rider and the horse.

This event started in the early 20th century and was meant as a method of testing cavalry mounts. At that time, the event lasted 5 days and covered 300 miles, with each horse being required to carry a weight of at least 200 pounds.

Endurance riding became a sport in the 1950s and remains popular in some countries today, although the distance and weight limits tend to be less severe.

It is believed that the word Gymkhana comes from the Indian language and means games on horseback. The Gymkhana event originates with the English military who, during colonial times, would have completed horseback events on Sunday afternoons to showcase and improve their riding skills.

Today, the event is a timed obstacle race and it includes both individual and team events. It showcases the speed, agility, and strength of competitors.

Saddleseat riding is a Western riding style that started with plantation owners. Their large horses required a very specific type of riding, and they would have wanted to be able to survey the land and their plantation around them. Today, competition shows off the high action of breeds like Morgans, Arabians, and other breeds with upright necks and free-moving gaits.

Horse racing, or the sport of kings, is one of the richest events in the world. It pits the speed and agility of horses, and the skill of their riders, against one another. Horse racing is popular all around the world but especially in the US, UK, and Australia. Horses can reach speeds well above 40 miles per hour, and some events require that the jockey negotiate jumps and fences, too.

The Thoroughbred is the archetypal breed for this type of event, and they can cost a considerable sum of money if they have proven history or pedigree in racing.

English and Western riding styles are considered the two basic forms of riding, but there are many disciplines in each category. The list of 11 riding styles above is not exhaustive, and there are sub-disciplines in many of these styles, too. Whatever your chosen style, try to make sure you opt for the right breed of horse and be prepared to practice plenty to master the necessary skills.