Sigma’s ‘Focused on the Fight’ Campaign to Fund COVID Relief 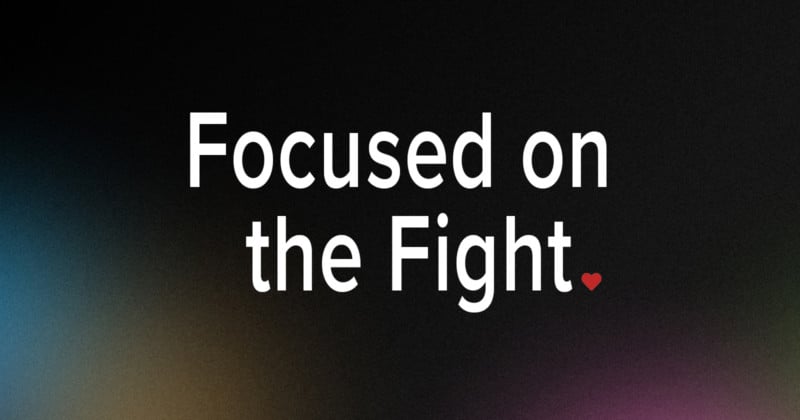 Sigma will donate 5% of sales from 24 participating retail partners to charitable organizations to aid communities most affected by the COVID-19 pandemic as part of its Focused on the Fight initiative.

Sigma says that in 2020, that Focused on the Fight campaign raised over $93,000 for charitable organizations across the United States in partnership with eighteen participating retail partners. This year, the campaign continues its mission to help provide aid to the communities that need it most.

“Since the beginning of the COVID-19 crisis, photography has been an outlet for people to express themselves, and to celebrate the strength of humanity in our communities,” says Mark Amir-Hamzeh, president of SIGMA America. “Our nationwide network of retailers are strong members of their local communities, and with their help — and the support of SIGMA fans — we can offer some measure of relief to their neighbors, and to people across the nation who need a helping hand.”

Last year’s group of partners included some of the largest local camera stores such as Samy’s Camera, Midwest Photo, and Glazer’s, and did not include any of the more popular nationwide stores as the initiative focuses on helping the specific communities that are connected to those local stores. A recap of the 2020 campaign can be found here.

This year, the Focused on the Fight campaign has expanded from 18 to 24 retail partners and expands the initiative’s reach considerably. With the addition of the six more camera retailers, Sigma is likely hoping to beat its numbers from last year. At the time of publication, Sigma says it is well on its way to surpassing the donations it was able to make last year.

While the total value of the efforts is tallied together, and the donation will be shared amount four separate charities: Feeding America, Mental Health America, Donors Choose, and the National Alliance to End Homelessness.

We know a better world takes work, dedication, and passion. And our focus is stronger than ever.

Through Feeding America, the money will make its way back into the communities that it came from and can provide help to where retail partners are based. For example, The Pixel Connection — a photo store that serves the Cleveland, Ohio area — notes that 5% of Sigma lens purchases go directly to Cleveland food banks through a relationship with Feeding America.

A full list of all retail partners that are part of the campaign can be found on Sigma’s Focused on the Fight webpage.

Securing Microsoft 365 With an Eye Towards Collaboration

45 Fancy AF Things On Amazon That Are Surprisingly Under $20