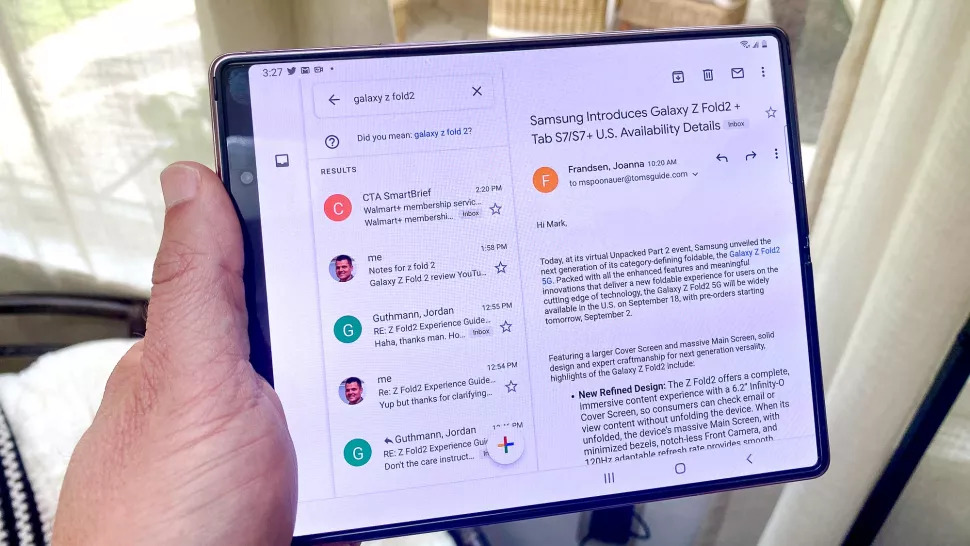 The Samsung Galaxy Z Fold 2 is the most recognizable device in the still-nascent foldable phone market with its massive unfolding display and stellar Samsung design serving as a solid flagship for the new technology.

That makes the news that Samsung has pulled the phone from its website in the U.S. all the more surprising. First noted by 9to5Google, the flagship foldable has been removed from Samsung’s site as well as T-Mobile and Verizon is sold out at present (via PhoneArena).

Samsung has not announced that the Galaxy Z Fold 2 is officially discontinued and there are still places where you can purchase the phone. AT&T is the lone major carrier with stock, but retailers like Best Buy and Amazon still have it available as well.

Part of what is notable is that the phone isn’t simply listed as being out of stock on Samsung’s website. When you visit the page to buy it, you get a message that “The Galaxy Fold is no longer available for purchase on Samsung.com” and referring you to check out other Galaxy phones. That seems to imply that it isn’t coming back.

Naturally, this isn’t the end of the Galaxy Fold line, the Galaxy Z Fold 3 is due to arrive in August and a Galaxy Z Fold Lite/FE has been rumored as well. That still makes this a somewhat shockingly early exit for the Galaxy Z Fold 2 with over two months to go until the projected release date for its successor. So, we put on our mobile sleuthing hats to consider what this might mean.

The first is that Samsung doesn’t produce a massive number of Galaxy Z Fold 2s. That wouldn’t be shocking given the relatively light demand compared to the more traditional flagships. The second is that the price drop to $1,799 may have spiked demand in the Galaxy Z Fold 2 more than Samsung anticipated. Finally, it’s possible the Galaxy Z Fold 3 may be announced in July as some have speculated, making this a relatively well-timed exit for the Z Fold 2.