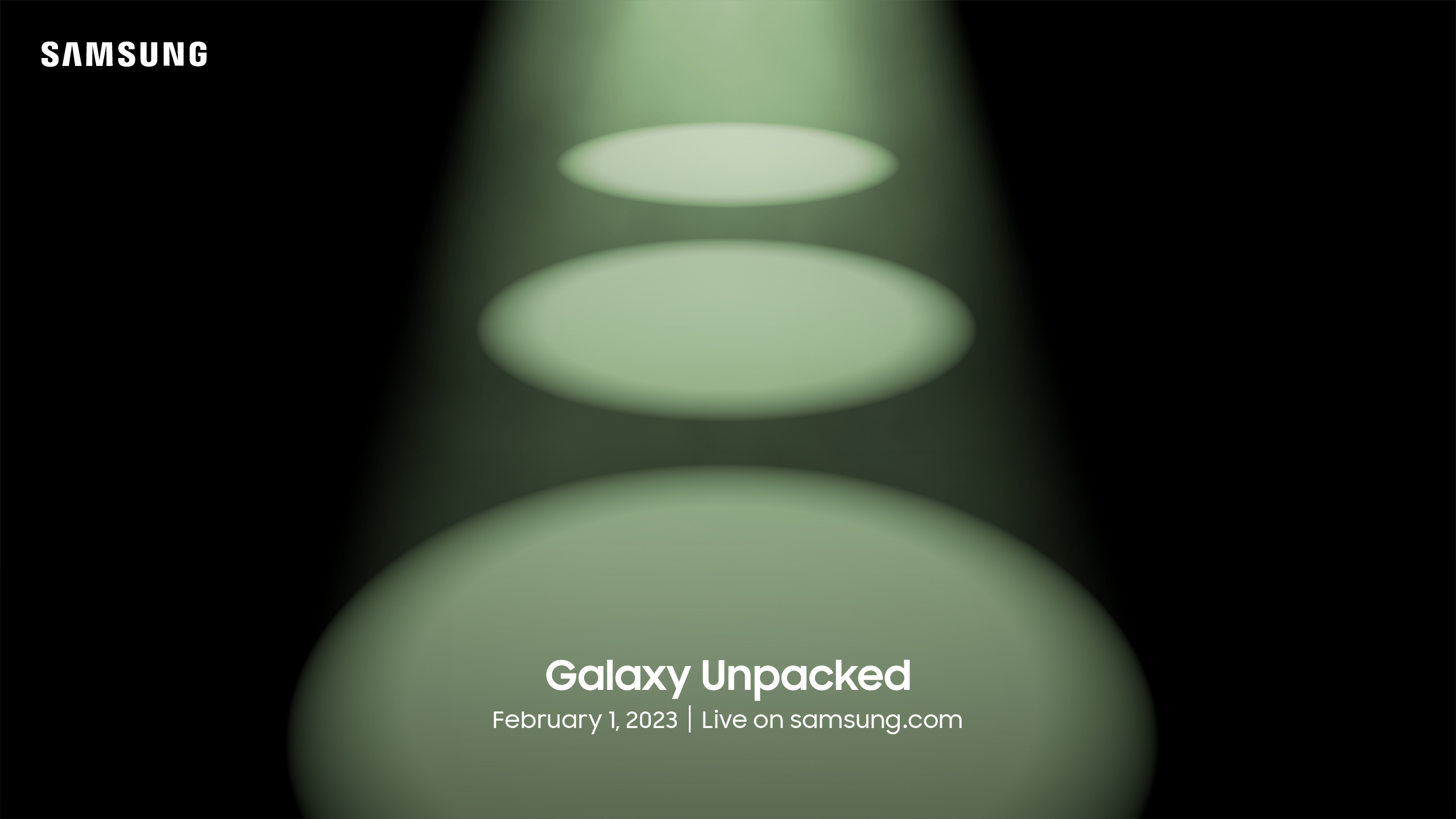 Samsung just sent out invites to its Galaxy Unpacked event on February 1. The event is happening in person in San Francisco for the first time in years, but it will also be livestreamed across Samsung’s typical channels starting at 1 p.m. Eastern time (10 a.m. Pacific).

While Samsung doesn’t specify what will be announced, we are of course expecting the Galaxy S23, Galaxy S23+, and Galaxy S23 Ultra. The invite graphic hints at this with the trio of lights resembling the rumored new rear camera design on the Galaxy  S23 model.

Whether Samsung has anything else up its sleeve remains to be seen, but we’ll be covering the event live and bringing you all of the latest as it happens.

Samsung is once again offering savings on its new products before it even announces them if you sign up anytime between today and February 1. Just visit Samsung’s Next Galaxy page (opens in new tab) and enter your name and email address and you are eligible for $50 off any one device or $100 off two or more devices purchased through Samsung.

There’s no commitment, so if there’s any chance you’ll be interested in what Samsung reveals on February 1 you should go ahead and sign up.

The highlight of the show should be the Galaxy S23. We’ve seen the steady flow of rumors pick up to a flood in recent weeks with design leaks, new colors, storage tiers and more.

The Galaxy S23 and Galaxy S23+ look to be receiving a design overhaul that brings them in line with the Galaxy S22 Ultra from last year. It means the end of Samsung’s Contour Cut camera array, which is unfortunate to me as I liked the more unique look of that housing. Inside these models should get the Snapdragon 8 Gen 2 CPU, an alleged base storage bump to 256GB, and an improved 12MP front-facing camera, but otherwise not much is expected to change.

The Samsung Galaxy S23 Ultra is a slightly different story with a massive upgrade to its primary camera. The latest rumors show a larger camera array that could include a 200MP primary wide-angle. Other recent leaks point to improved night photography, which would match with the lager camera. One leaked change I would personally welcome is a flattening of the display rather than the aggressive waterfall edge, I find it much more usable. Finally the Galaxy S23 Ultra could take a page from the iPhone 14 Pro playbook and introduce emergency messaging via satellite in case you are injured in a remote area.

While we shouldn’t have much longer to wait, we’ll be keeping our eye out for any late-breaking rumors ahead of the event next month.

What else could Samsung announce?

Samsung’s foldables and wearables stick to a fall release schedule, so the only other high-end product we might see is the Galaxy Tab S9. We haven’t seen many rumors about the refresh of Samsung’s Galaxy Tab S8 yet, which makes it seem unlikely, but given that it debuted alongside the Galaxy S22 on February 9 last year, the timing certainly fits.

Last year saw the introduction of the gigantic Galaxy Tab S8 Ultra, which we’ve seen Lenovo and others duplicate since, but we’ll be watching carefully for any potential rumors on the tablet as we count down the days to February 1.

We’ll let you know in the coming weeks how to tune in and watch Galaxy Unpacked along with us on February 1 and rest assured we’ll bring you any new leaks or rumors on devices launching there.

3 Mistakes Most Affiliate Marketers Make in 2023[How to Fix]

25 Headless CMS That You Should Know About