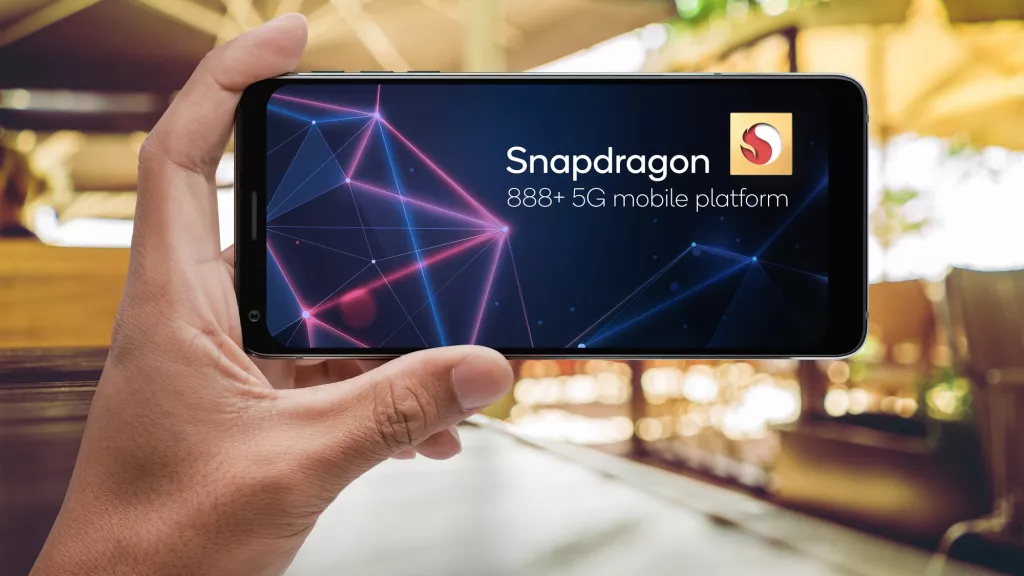 Qualcomm announced its next generation Snapdragon 888 Plus smartphone chipset, set to bring a “Premium Tier” upgrade to phones from Asus, Motorola, Xiaomi, and more arriving in the second half of 2021.

Revealed during the MWC Barcelona 2021 conference, the Snapdragon 888 Plus 5G model offers up an increased Qualcomm Kryo 680 CPU Prime core clock speed, with an “exact” CPU clock frequency at 2.995 GHz — a bump up from the Snapdragon 888‘s 2.84 GHz.

According to Qualcomm, the new smartphone chip’s 6th generation Qualcomm AI Engine will offer a 20% improvement over the last chip, with up to 32 trillion operations per second (TOPS) AI performance, and 5G download speeds up to 7.5 Gbps. Quite the improvements from a flagship chip that came out in December.

A number of notable phone brands are expected to announce flagship smartphones equipped with the Snapdragon 888 Plus in the third quarter of 2021. Companies include Asus, Honor, Motorola, vivo, and Xiaomi.

Qualcomm focuses on the gaming aspect of the updated Snapdragon 888 chipset the most. Asus already impressed with the powerful Asus ROG Phone 5 earlier this year but is set to deliver an even more powerful device. “By utilizing the latest Snapdragon 888 Plus 5G Mobile Platform in the ROG Phone, we ensure its overall performance is taken to the next level,” said general manager at Asus Bryan Chang.

President of product line at Honor, Fang Fei, announced the upcoming Magic3 series flagship smartphones will use the Snapdragon 888 Plus 5G chip. While Qualcomm did not announce specific dates for when the next-gen Android smartphones will release, Honor’s next Magic3 may be the first with the chipset.

We’ll soon be waving goodbye to the Snapdragon 888, but you’ll find many of the best smartphones right now are equipped with the chip. Will the Snapdragon 888 Plus be a significant upgrade? We’ll have to wait and see.

How To Address the Marketing Skills and Capabilities Shortage