Battle for the Olympia 2012: Bodybuilding Competition 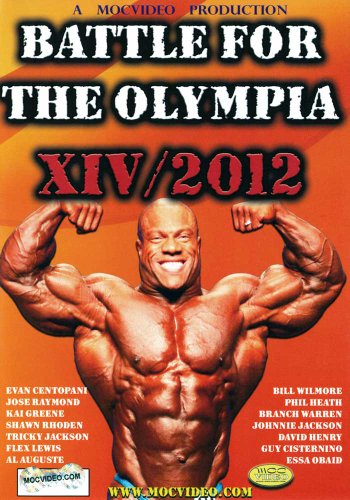 The Battle for the Olympia DVD series returns with over 8 hours of awesome footage of the biggest and baddest bodybuilders in the world, filmed during the final weeks leading up to the 2012 Mr. Olympia. This incredible three-disc set offers footage filmed all over the country as the MOC Video crew encounters Kai Greene, Evan Centopani , Jose Raymond, Shawn Rhoden, Tricky Jackson, Flex Lewis, Al Auguste, Bill Wilmore, Phil Heath, Branch Warren and Johnnie Jackson at Metroflex, David Henry, Essa Obaid, and Guy Cisternino. Plus many more of the 2012 bodybuilders engaged in the competitive spirit of the Mr. Olympia challenge.

Be the first to review “Battle for the Olympia 2012: Bodybuilding Competition” Cancel reply

Added to wishlistRemoved from wishlist 0
Add to compare
$33.45

Battle for the Olympia 2012: Bodybuilding Competition