Photographs Reveal the People and Stories Behind Rare Illnesses 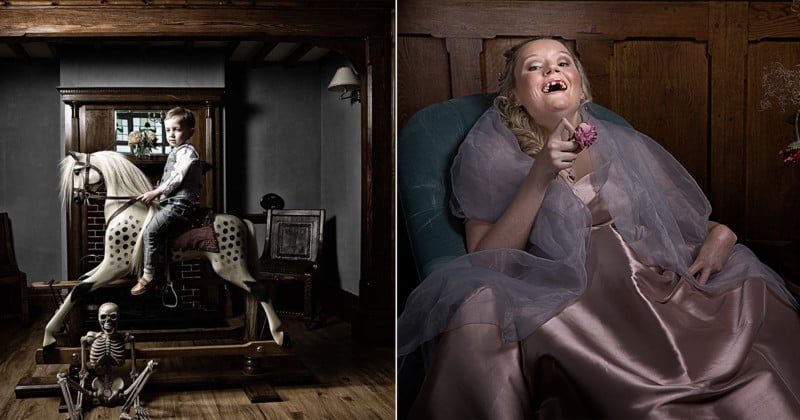 In order to raise awareness and inform audiences about the impacts rare diseases have, a Welsh photographer has launched an exhibition that captures the stories of the people living with these unusual conditions.

Ceridwen Hughes, based in Wales, United Kingdom, is a photographer and the founder of the charity Same But Different, which uses creative campaigns and services to support people and communities affected by rare diseases. Hughes’s own personal life experiences prompted her to set up the charity to help highlight the people behind rare conditions, instead of hiding their disabilities — her son, Isaac, born in 2007 was diagnosed with Moebius syndrome, which is a rare neurological disorder characterized by weakness or paralysis of multiple cranial nerves.

Having seen how her son was treated by others because he looked slightly different, Hughes soon realized that her family had to learn to advocate on his behalf, which she later found was a sentiment echoed by other parents in similar situations. The situation inspired her to set up her not-for-profit organization in 2015 to show what these people can and cannot do on their own. Her first project reached a large audience in over 25 different countries and received significant news coverage, a response that has solidified her mission of the charity and goal to highlight the impact of rare diseases.

Hughes started out in marketing first, followed by photography — particularly in the music gig genre. From there on, she built upon her experience, spent numerous hours practicing and watching YouTube videos, and now has an endless list of publications and exhibitions under her belt. Her photography, creativity, and ability to tell a visual story are at the center stage of both her charity and her exhibition, “Beauty of Rare.”

The exhibition was created to encourage people’s interest to learn more about the people involved and their conditions, Hughes tells PetaPixel. Despite one in 17 people being affected by a rare disease in the United Kingdom — which, while classified as “rare,” is much more common than the average person might think — the awareness among the general public is limited.

Each exhibited image tells a deeply personal story of the individual and how a rare illness has affected theirs and their family’s lives. Although informing the audience helps greatly to spread awareness, Hughes has also found that many subjects find it freeing and emotionally liberating to tell their story, often for the first time. Hughes feels pressure to make each image count and deliver impact, but every participant’s wellbeing and comfort are always at the core of each shoot.

This also means that the challenging topic of this particular project and others that her team tackles can be taxing. Her own personal experience in the rare disease community helps her have deep understanding and empathy with every person that tells their story, without allowing it to become overwhelming for both parties.

“Each person we meet leaves a lasting impression and all make me feel incredibly privileged to do this work,” Hughes tells PetaPixel. “If I had to highlight one of the most difficult and honest conversations I have had it would have to be Jonathan, who is one of three siblings affected by Juvenile Huntington’s disease. His description of how he felt having watched both his siblings with the condition and then himself getting the diagnosis will always stay with me.”

The images in the exhibition are carefully crafted and “each scene was created around the individual and their condition with small details that on first glance may not make sense but on reading the narrative will become clearer,” explains Hughes. “The idea for a project often develops over many months and we have to secure funding, identify participants, develop the creative concepts behind each scene, work with each person to identify the quirks and interesting facts about their rare disease so we can develop the image ideas further and order any clothing and any props we might need.”

To create the photographs, Hughes primarily used Canon EOS 5D Mark IV with a mixture of options for lighting, such as Elinchrom BRX 500s and the lighter Rotolight for outdoor work. To be mindful of each subject’s physical limitations and to reduce the risk of hazards, Hughes tries to keep equipment to a minimum. However, lighting is crucial to create the right atmosphere, so lights get set up prior to people arriving.

“Things don’t always go to plan and we have sometimes had to completely change everything once they arrive because of unforeseen difficulties,” says Hughes. “It adds to the fun!” 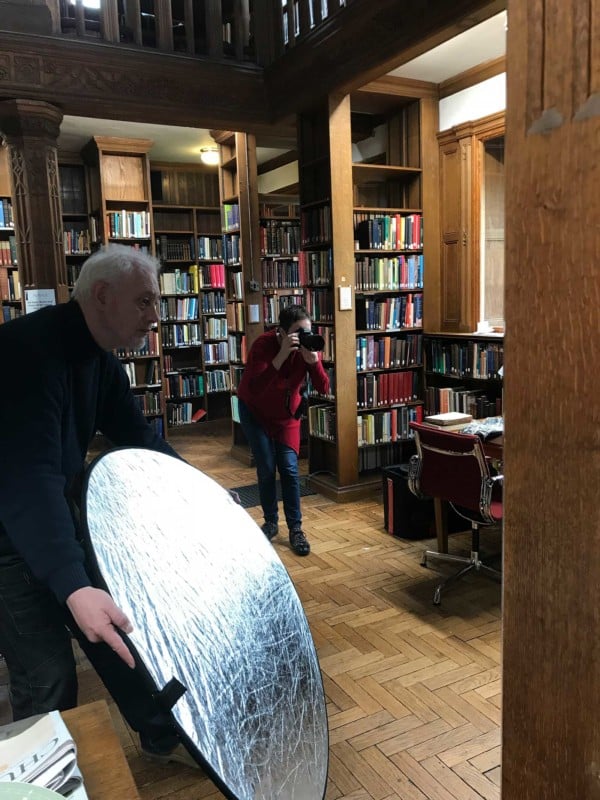 As the project highlights rare diseases, sometimes it can be complex to find participants. However, over the years Hughes and her charity have developed connections with a large network of organizations which helps enormously, she says. Hughes and her team take into account the needs of each participant, work at their pace, and accommodate any requirements they might have.

The exhibition was launched as a digital walk-through gallery and the audience can look at the images, learn more about each person, and for those who want to read each story in-depth, they can be found on the charity’s website. Hughes is also working on additional projects that will be launched in October.

“We are incredibly fortunate that we get to spend our days with inspiring people, doing what we love and hopefully making a little difference whilst we do it,” she says.

Image credits: All images by Ceridwen Hughes and used with permission.