In an effort to challenge herself, Italian photographer Ursula Ferrara has made her own lenses for her large-format film camera using plastic epoxy and silicone cake molds.

Ferrara is a photographer, painter, and animation film director from Italy who first became interested in photography at age 13 when she started shooting with her father’s Leica. She is the author of several short animated films that have been recognized in film festivals such as Cannes, Berlin, and Locarno. She regularly experiments with different photographic techniques, which includes converting an old camper van into a giant camera as well as previously converting a Lomography Lomo’Instant Wide into a camera that can take tiny wet plate collodion photos.

For her most recent project, Ferrara decided to make her own lenses for her mid-1900s-era 8×10 Eastman Commercial large-format camera. She tells PetaPixel that the idea to do so came from her past where she has built many cameras including a 16×20-inch with scrap Ikea parts, so she wanted to push herself to different challenges and attempt to make her own lenses.

“I tried a design that used ice, but it wasn’t very good,” she says. “But working with water got me thinking about using resin.”

Ferarra says that she first found the epoxy she wanted to use, which ended up being a clear casting resin, and then purchased a set of silicone cake molds that she would use to form the curves of the optics. 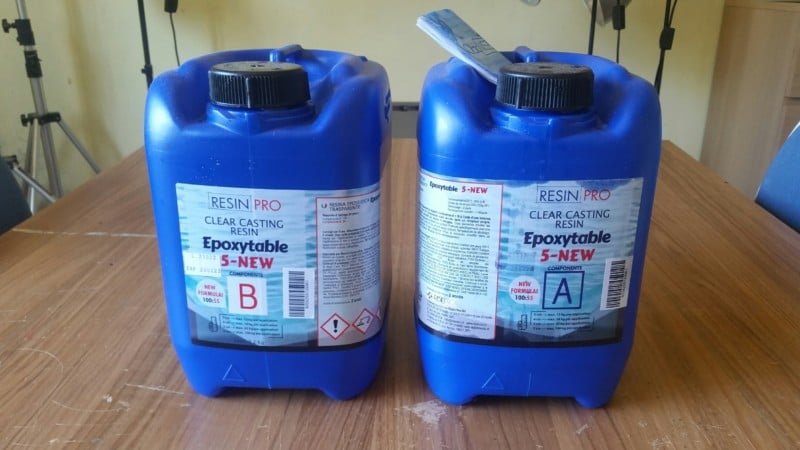 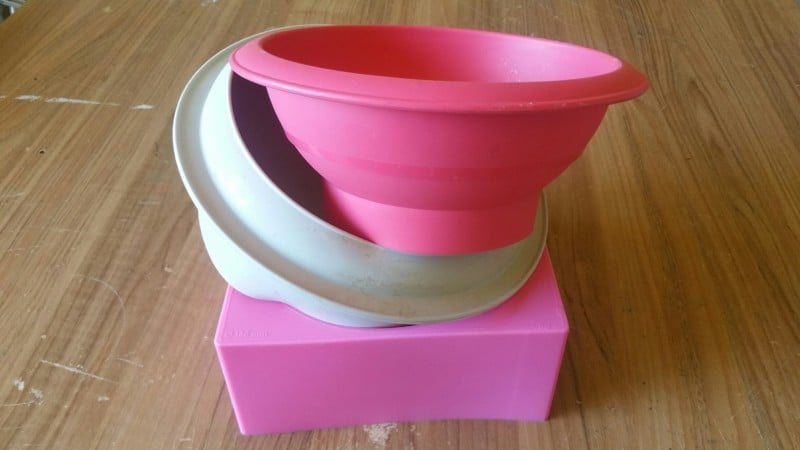 She says she ended up making dozens of different lenses at different sizes with different curves and thicknesses in an attempt to mimic what she saw in commercial glass lenses. 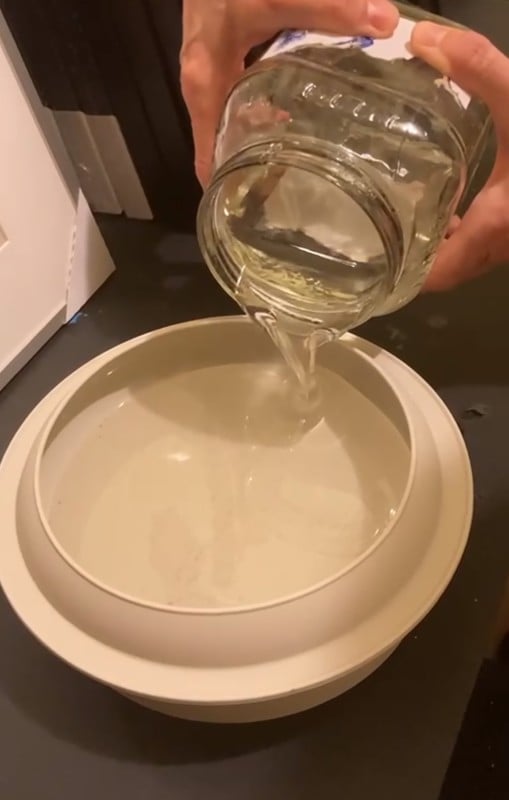 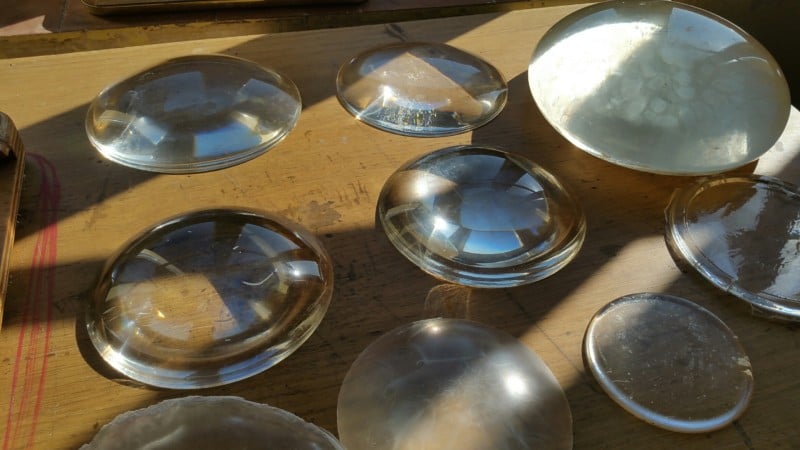 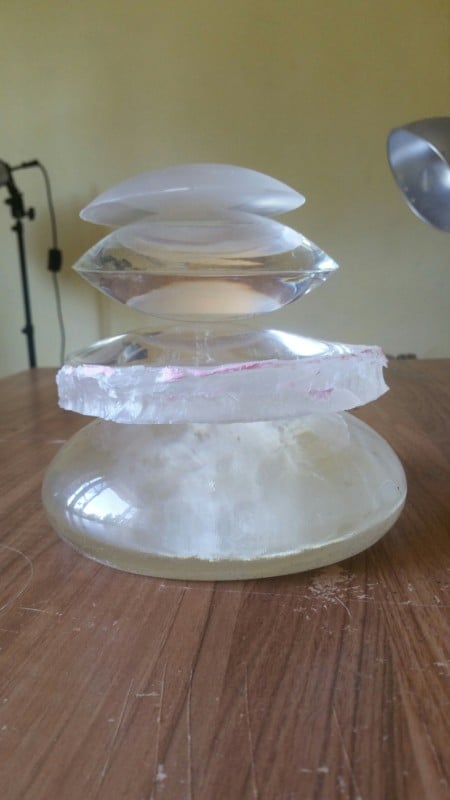 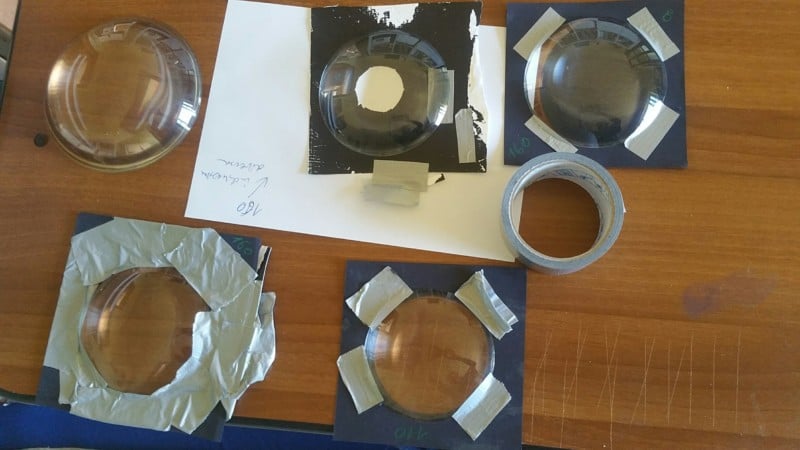 “I made many mistakes,” she tells Petapixel. “Basically, I kept repeating the same mistake involving the curvature until I understood that there was a nearly imperceptible flattening on the base of each mold. So I finally corrected that by tilting the mold at an angle and was able to get the perfect shape. I changed the position of the mold as it dried so the curvature was perfect.” 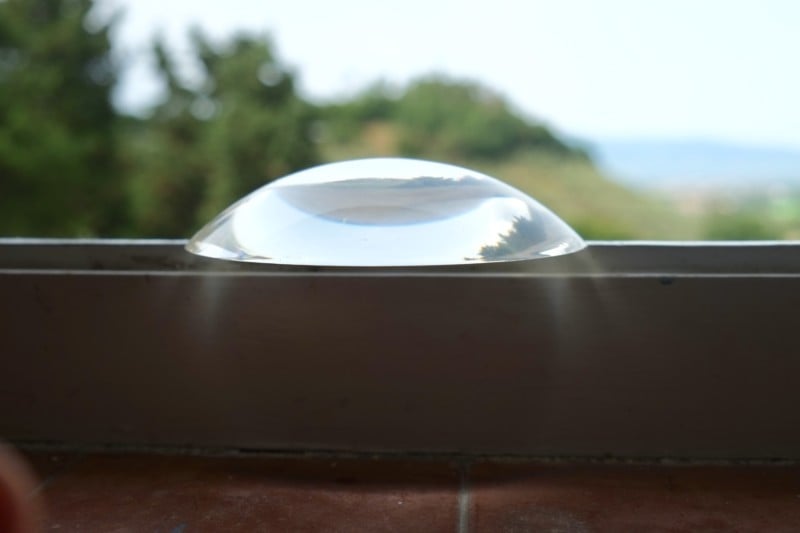 She says the process of trial and error took her about three months before she created a set of optics that actually worked. The lenses that “failed” would result in images that were far too blurry to be considered usable. But once she had a set she was happy with a set of lenses, she mounted them to her large-format camera. 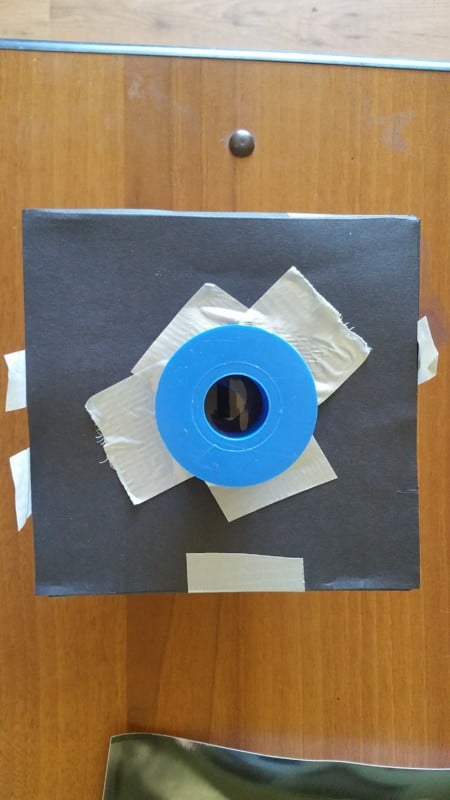 She chose to use a plano-convex lens design that would focus through a small diaphragm. Plano-convex lenses combine one spherical surface and one flat surface and are simple, all-purpose focusing elements. The image above shows her diaphragm, which she positioned about three centimeters behind the main curved optic before pointing it at a subject. 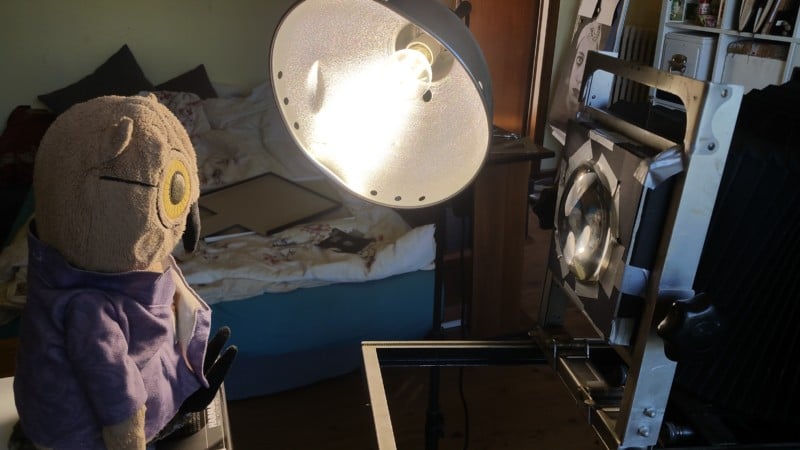 He design worked, and below are a few sample photos that she captured using her custom, hand-made, epoxy lens: 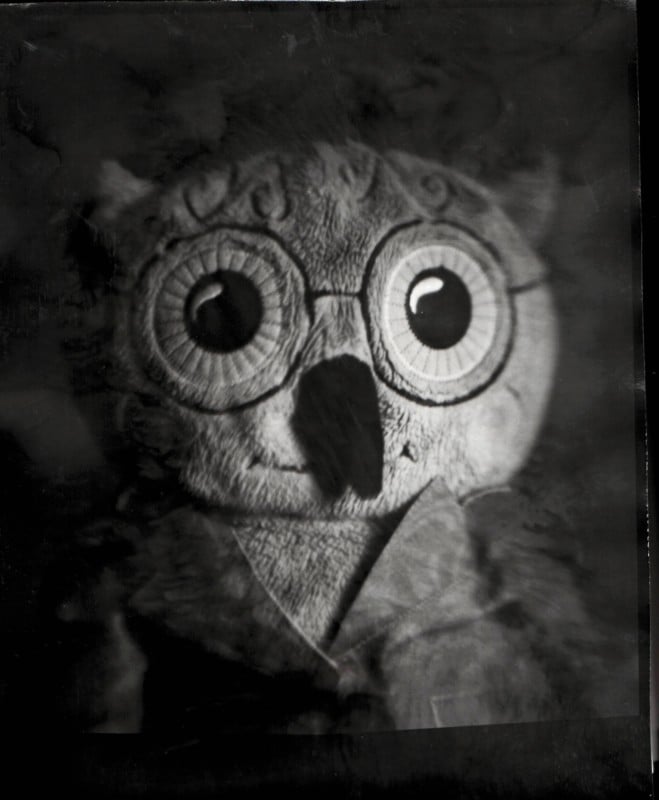 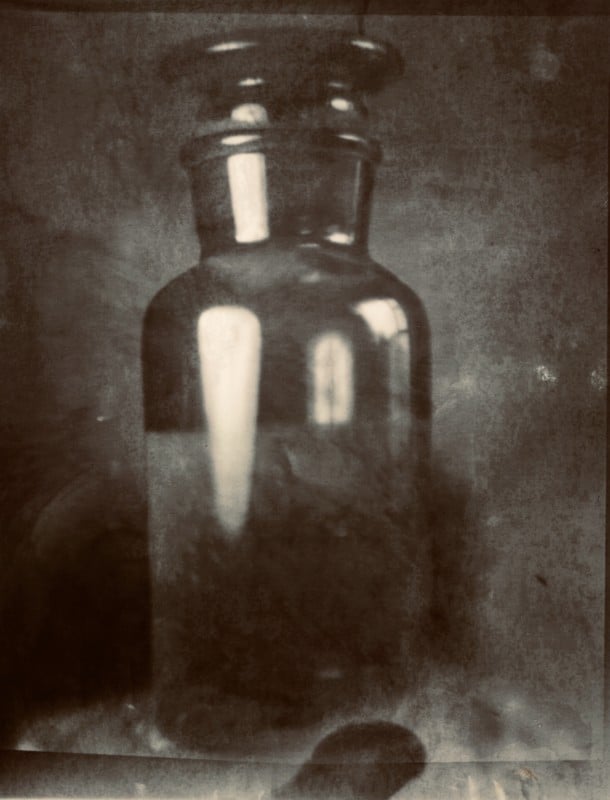 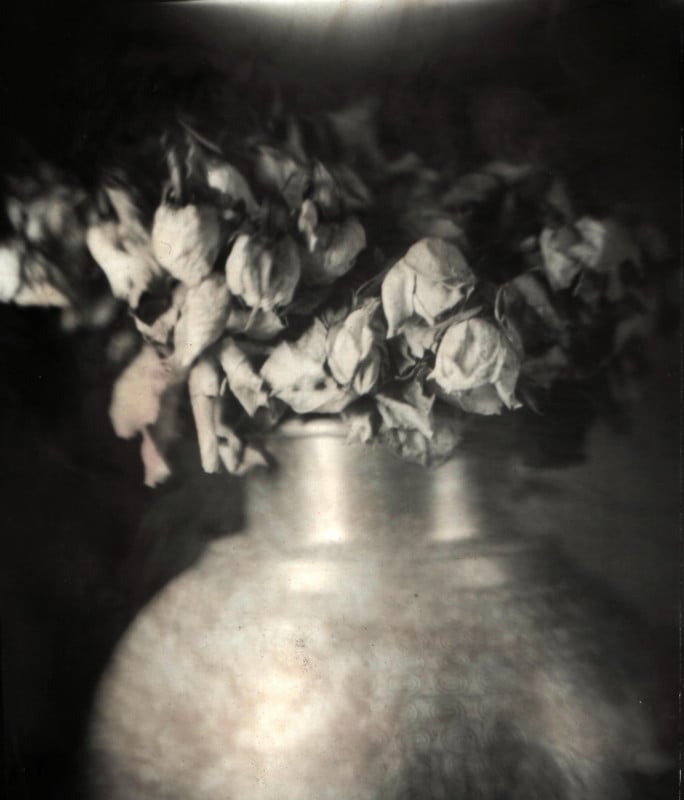 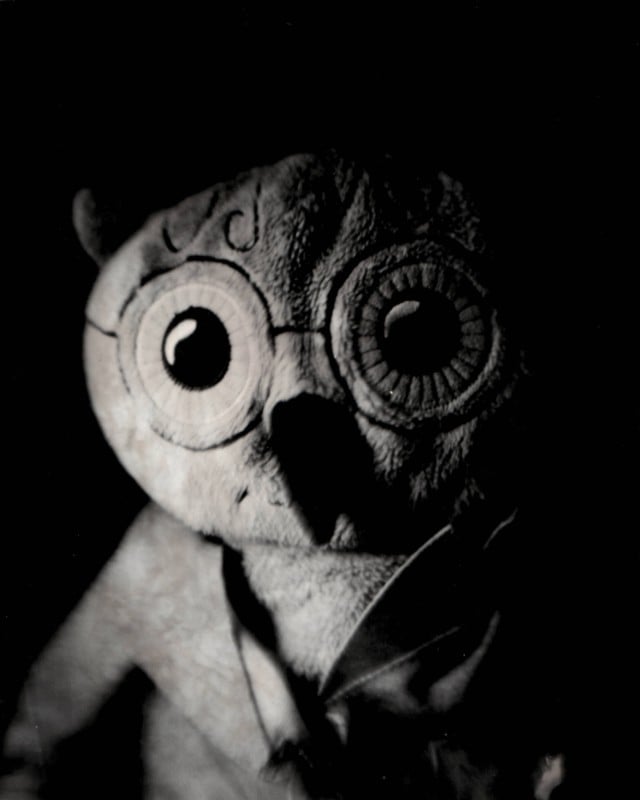 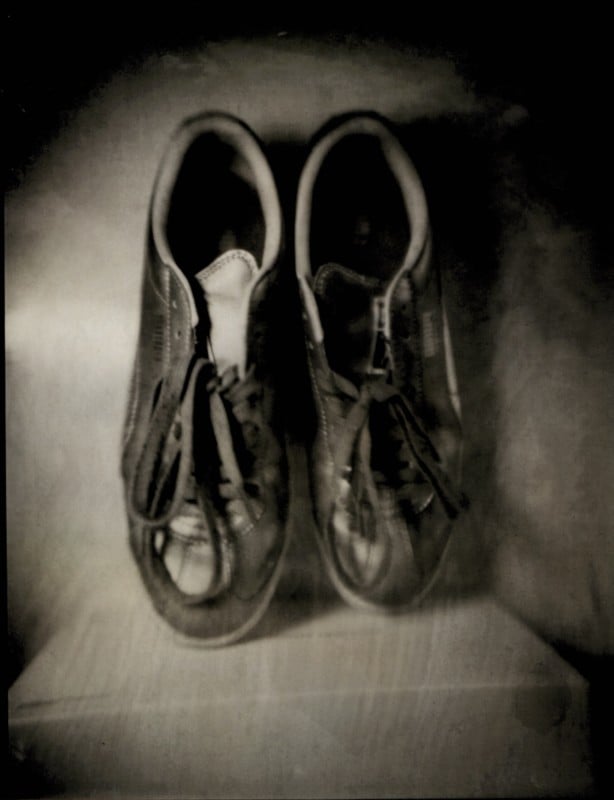 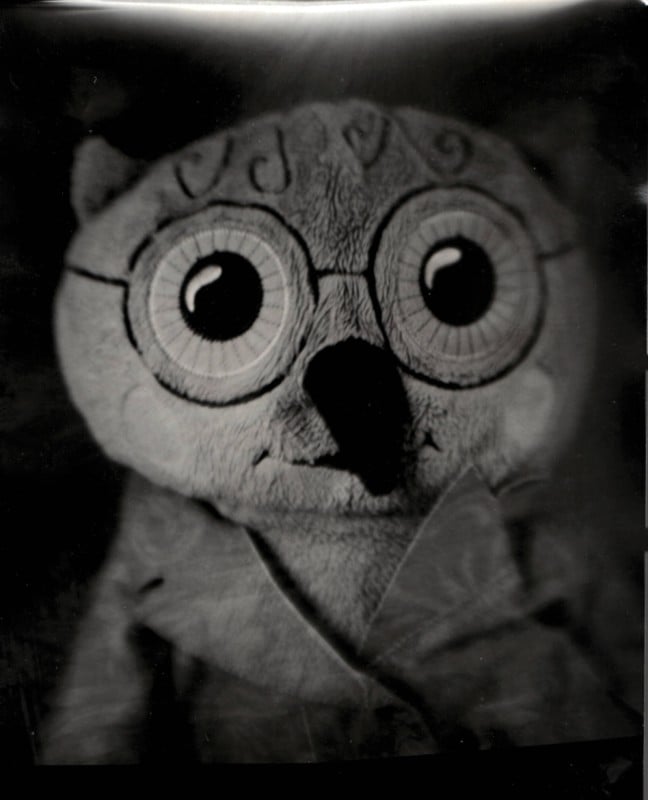 Though she has made cameras before, Ferarra says she has never made optics and has no history with optical design. The fact that she was able to make a working plastic lens she says was “lucky.” More likely, it was a combination of past experiences with building her own cameras and understanding the principles of photography. Whatever the case, her finished product is no less impressive.

For more from Ursula Ferrara, make sure to check out her website.