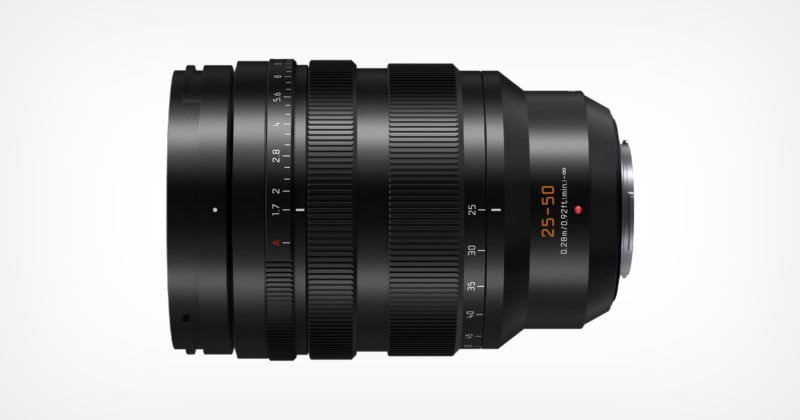 Panasonic has announced the Leica DG Vario-Summilux 25-50mm f/1.7 ASPH lens for Micro Four Thirds cameras that is able to boast a wide-open f/1.7 aperture through the entire zoom range and is designed to pair with the popular Vario-Summilux 10-25mm f/1.7 ASPH.

The lens was originally teased in May along with the development announcement for the GH6.

The Panasonic lenses that are branded “Leica” are manufactured by Panasonic but done so with oversight from Leica to assure high quality. The new Leica DG Vario-Summilux 25-50mm f/1.7 ASPH is constructed of 15 elements in 11 groups and — as the lens’s name suggests — features an aspherical lens and three extra-low dispersion (ED)lenses that Panasonic says effectively suppress axial chromatic aberration and chromatic aberration of magnification. Spherical aberration and distortion are also corrected by the aspherical element which also allowed Panasonic the freedom to create a high-performant lens with a compact size and light weight. 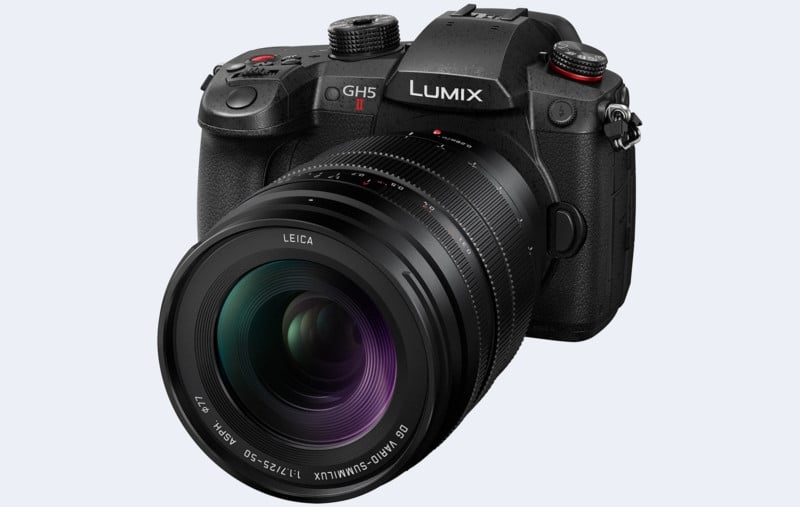 Panasonic says that the maximum 240 frames-per-second high-speed sensor drive allows the lens to realize high speed and high precision autofocusing, and in addition to an inner drive focus system, the lens’s stepless aperture ring and “micro-step” drive in the aperture control system allow a connected camera to easily and smoothly shift to adjust for brightness changes when zooming or panning. The optical design also uses what is Panasonic calls barycentric stability to allow for minimal image shifting while zooming. The lens also has a focus ring that has a linear and non-linear setting that can be switched from the ring.

Together, the new 25-50mm f/1.7 and the 10-25mm f/1.7 cover a wide range from 10mm through 50mm at a wide-open f/1.7 and Panasonic says that the two lenses cover a focusing distance from wide-angle to telephoto, and can function as eight fixed focal length lenses (20mm, 24mm, 28mm, 35mm, 50mm, 75mm, 85mm, 100mm translated to 35mm camera equivalent). Panasonic argues that because of this versatility, the two lenses can offer the same or better level of performance than a set of prime lenses that cover the same range. The two lenses share a maximum aperture as well as a similar shape and functionality which the company says should enable creators the freedom to create with minimal workflow changes. 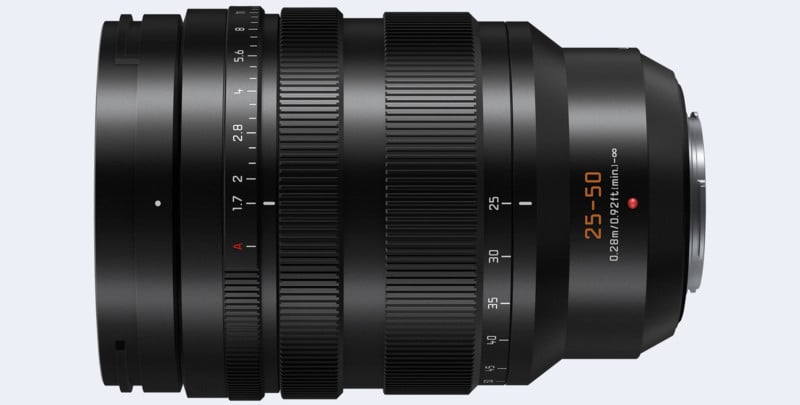 The Leica DG Vario-Summilux 25-50mm f/1.7 ASPH will retail for $1,800, is currently available for pre-order, and is expected to begin shipping in August.

Who Plays Max On 'Gossip Girl'? Thomas Doherty Was On The Disney Channel