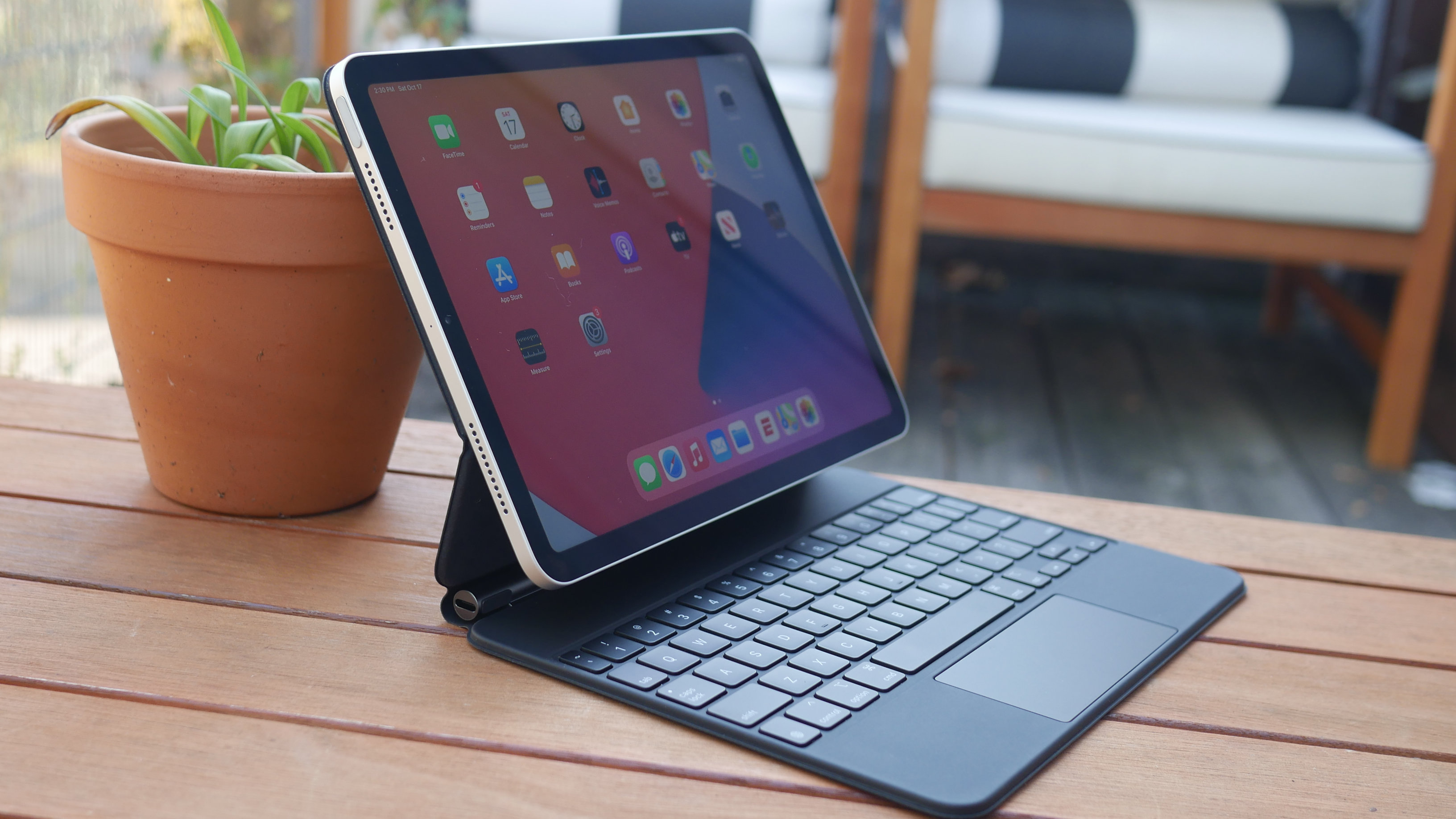 Rumor has it Apple has been planning to release an OLED iPad in 2022, but developments on the Cupertino giant’s sought-after tablet may now be scrapped after a disagreement with OLED display panel manufacturer, Samsung Display.

Apple and Samsung Display were gearing up to launch the 10.86-inch OLED iPad, expected to be an upcoming iPad Air, by 2022, but have now canceled the project due to the structure of the OLED panels, profitability issues, or both.

According to sources speaking with The Elec (via iMore), Apple wanted a two-stack structure for its OLED iPad, which would increase the brightness levels and the lifespan of the iPad. However, Samsung Display aimed to use a single-stack structure as it would decrease costs.

As reported, Samsung needs to be certain of the success of the OLED iPad as “preparing for the back-end module process for the products can be costly for the South Korean company.”

As the report states, the OLED iPad is now expected to launch sometime in 2023 at the earliest. Since Apple has yet to officially announced the upcoming tablet, however, take this all in with a pinch of salt. Still, credible analysts have previously contributed to the rumors of Apple going OLED.

Previously, Apple analyst Ming-Chi Kuo claimed the Cupertino company is planning to release a mini-LED MacBook Air and OLED iPad Air by 2022, which backs up statements in the recent report.

According to ETNews, the OLED displays are rumored to be coming to Apple’s line of smaller tablets, ruling out the 12.9-inch iPad Pro models. The hugely-favored display panels are cheaper than mini-LED panels, so Apple will stick to using OLED to keep the price down on its more affordable tablets — possibly including the iPad mini, iPad Air and original iPad.

This also isn’t the first time we’ve heard of the OLED iPad Air being delayed until 2023. Display Supply Chain Consultants (DSCC), one of the top supply-chain consulting firms in the world, prophesized that the 10.9-inch AMOLED iPad will be available to consumers by 2023. However, these were for different reasons.

Fans will have to wait sometime before they get their hands on an OLED iPad, but we recommend checking out the dazzling 12.9-inch display on the iPad Pro (2021) instead.

Windows 11: More than half of users have no idea it's coming next week

Luiza in a Retrofête Mini Bridal Gown, for her her Intimate London Wedding | Love My Dress®

The Complete Guide to Selling Your Wedding Decor & Fashion Online

The Wedding Company That Does It All