Massive 2.2 Gigapixel Photo of the Milky Way Was Taken in Just 4.5 Hours 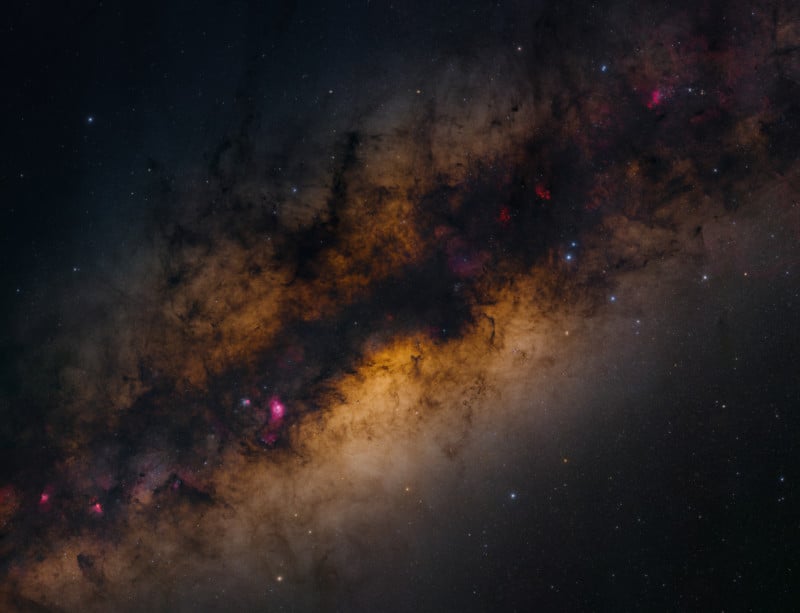 Accomplished astrophotographer Bartosz Wojczyński has created a gigantic 2.2 gigapixel photo of the Milky Way that he was able to capture in just one night, which is an astounding achievement given that a similar 1.7 gigapixel photo took another photographer 12 years to complete.

A zoomable, in-browser version of the photo can be found here. 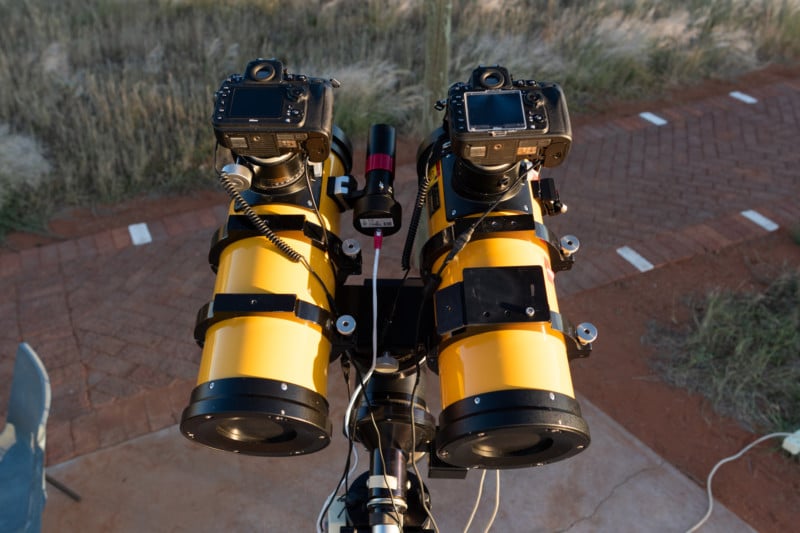 “The telescopes were positioned at a slight angle relative to one another, which allowed capturing two separate regions of the sky at the same time,” Wojczyński tells PetaPixel. “The total cost of this equipment is roughly $25,000.” 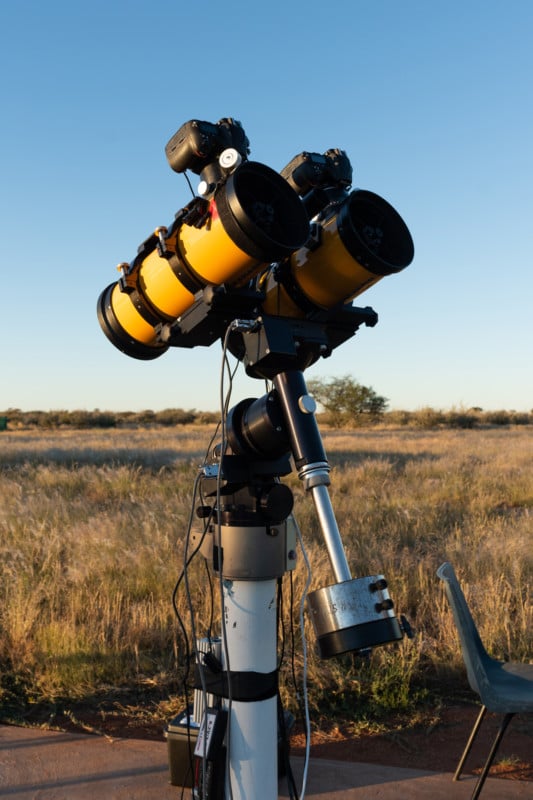 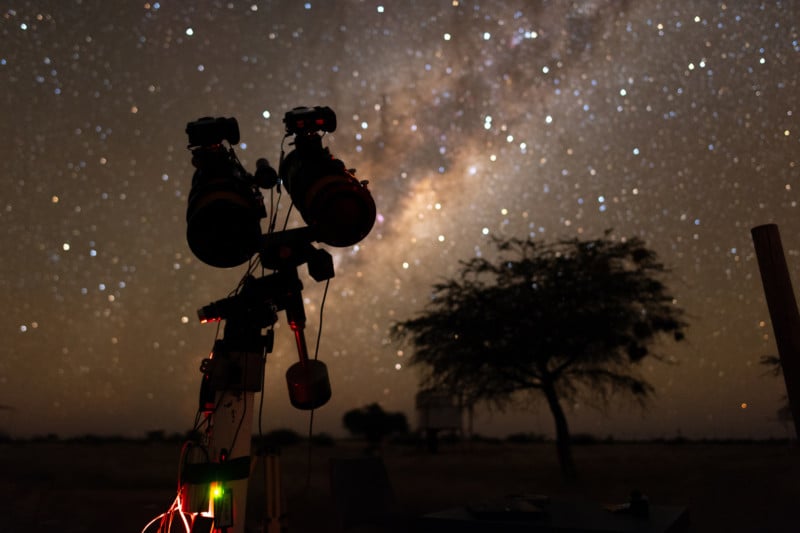 Wojczyński says that the full, final resolution of the photo is 53,480×41,010 pixels and takes over 13 gigabytes on one hard disk. The final photo is a composition of 110 mosaic panes (55 per telescope) and the exposure time was four minutes per pane at ISO 400 under what Wojczyński describes as perfect observational conditions — no detectable light polution, high elevation, dry air with excellent transparency, and all artificial satellites in shadow.

“I used Microsoft ICE to stitch individual panes into a mosaic and then Photoshop for contrast and saturation adjustments. The amount of post-processing was very light as far as astrophotography goes,” he says. “First, because DSLR pictures taken under very dark skies come out fairly usable right out of the box, and second because running a two gigapixel image through any advanced algorithms would require insane amounts of processing power.”

This perfect set of conditions allowed Wojczyński to not only capture all the necessary photos in a little more than 4.5 hours in just one night, but also produce a final image that is even larger than the one that took J-P Metsavainio 12 years to complete.

“Remarkably, the entire photography session took just over 4.5 hours during a single night on May 13th, 2021,” Wojczyński says. “This is very short compared to other similar gigapixel projects, and made possible by the fact that I was using a dual setup aimed at the brightest region of the night sky, so extremely long exposures were not necessary.”

Wojczyński says that because he used DSLRs and not dedicated astrophotography cameras, the night sky is shown in its natural colors and how the human eye would see it if it was sensitive enough to light.

“The Milky Way comes out yellow-orange, as this is the dominant star color in our galaxy. The color of the nebulae is caused by ionized hydrogen which emits most of its light in the red part of the visible spectrum (H-alpha, 656 nm wavelength),” he says.

The above video is titled “Gigapixels of Milky Way” which Wojczyński says is inspired by a video called Gigapixels of Andromeda, which is a 2015 video that showcases a 1.5 gigapixel photo of the Andromeda Galaxy.

Wojczyński welcomes viewers to take a look at the full resolution photo on his website and is offering prints that are up to 78-inches in length (two meters). For more from Wojczyński, make sure to follow him on Instagram or check out his website.

Image credits: All photos by Bartosz Wojczyński and used with permission. Header photo is 5% of the original size.

Read Chapters 2 & 3 In This Excerpt