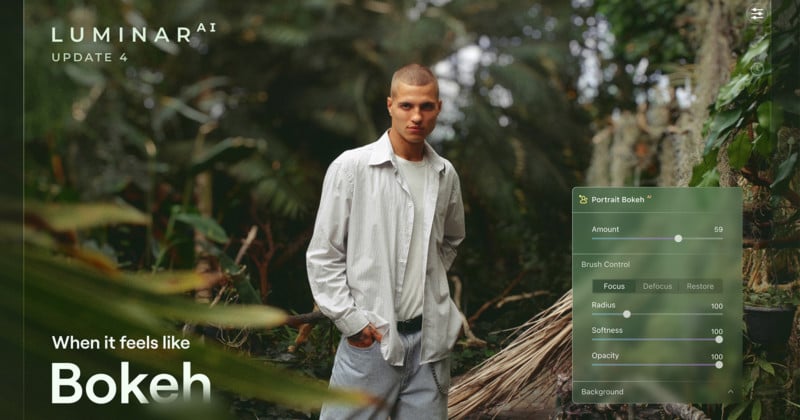 Today, Skylum has released the fourth free update to the LuminarAI photo editing software since its initial launch in late 2020. This new update adds a new Portrait BokehAI tool along with several other features.

The biggest feature to be added in this update is the new Portrait BokehAI tool, which effectively lets photograpehrs manipulate the bokeh in a photo after the fact. Letting shooters simulate a fast lens scenario should they not have one at the time, much like the “portrait mode” setting available in most new smartphones. The tool leverages LuminarAI’s depth mapping tools and isolates the subject of the photograph from its background, allowing the editor to take full control of the bokeh levels. The tool recognizes people even in groups or placed in unusual positions/poses.

“With subjects isolated from the background, Portrait BokehAI blurs the background to emulate the rich, hazy bokeh of a high-end lens at a wide open aperture,” Skylum claims. 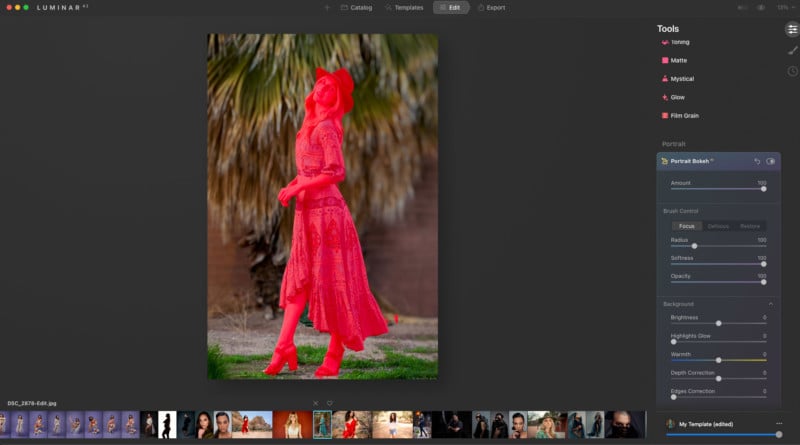 Within this new tool, there are several other new features including an Intelligent Mask Creation that will recognize people in a photo and create a mask designed to separate those subjects from the background. From this automatically generated mask, users can refine and customize it to add or subtract elements of focus in the photo. Once enabled, the tool has a slider that allows editors to adjust the intensity of the bokeh in a range of 1% to 100% letting editors choose just how much of the effect should be applied to ensure it is realistic. This can be used to add bokeh to an image that has none or to simply enhance and refine an already dreamy shot that just needs a little extra nudge, regardless of the lens or lighting. 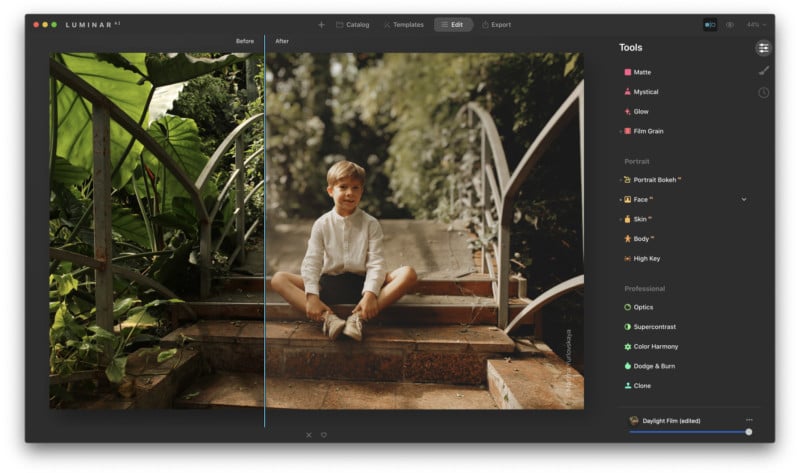 The new BokehAI also gives users the ability to adjust fine details in the background of their images using sliders in the tool to adjust the overall exposure, glow in the highlights, refine the edges, and set a specific depth of field to the bokeh levels. With these applied, the company says editors can “continue editing their portraits using the already existing tools including FaceAI, SkinAI, and BodyAI to really make subjects stand out in the frame.” 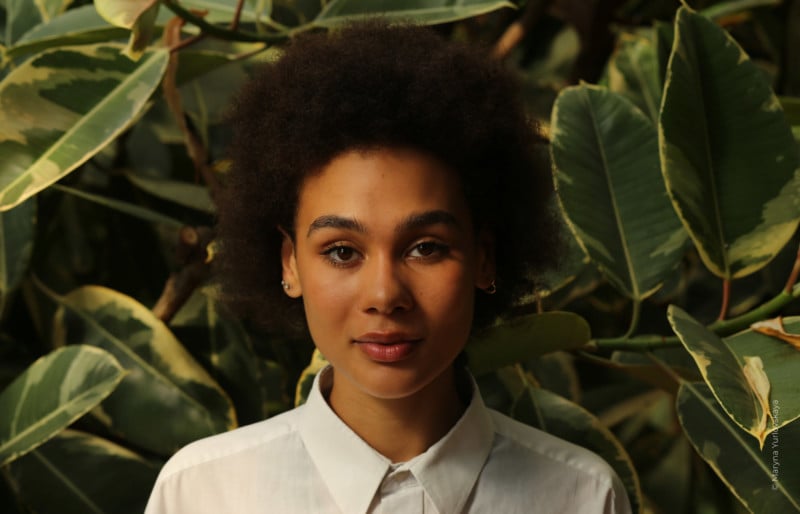 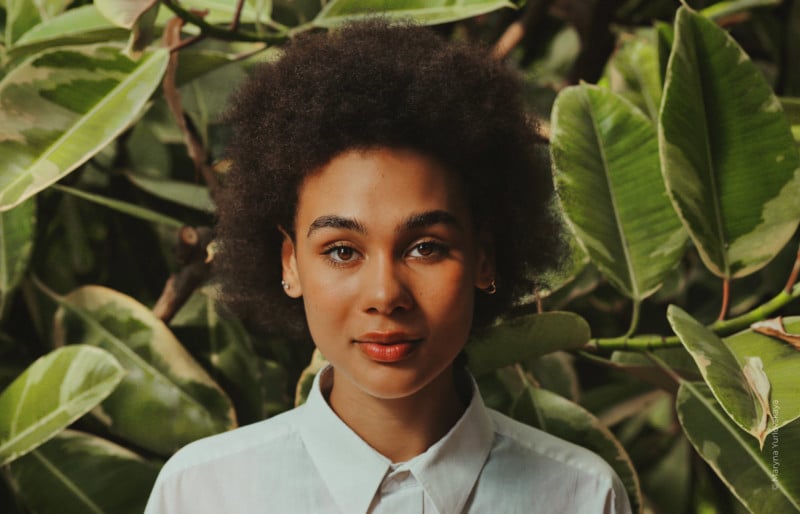 Also added in this update is the ability to “audition textures with a visual preview.” The company says it has improved the way textures are applied to an image in LuminarAI by adding the ability to visually browse textures in the app (or added from a photographer’s own library) would be done with existing SkyAI or Augmented SkyAI tools. With this update, the texture tools have been made accessible directly from within the dropdown grid, allowing users to browse, add, and make adjustments to the textures to see how they’d best fit in the image being worked on. 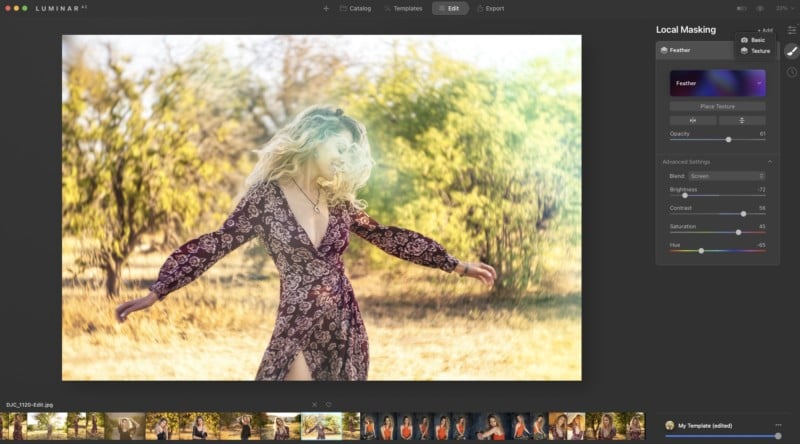 Finally, the last major update included in this version is a “reimagined” way to align the horizon in SkyAI with the new Visual Horizon Control. The Vertical Position, Horizontal Position, and Horizon Blending sliders have been replaced with the Shifting Horizon Control, found in the Sky Orientation section. This new control will allow users to better position a replacement sky in the frame and align it with the horizon to create an improved and more natural final image.

LuminarAI Update 4 is a free update for current LuminarAI users. Existing users can open the application and “check for updates” in the Luminar AI main menu or through the Mac App Store. Plugin Versions of the app will need to be reinstalled or updated for the new features to work properly in Photoshop, Lightroom Classic and Photoshop Elements. New users can visit the Skylum Store here to download a trial or purchase the app.