Losing Steam: AMD slips in its battle with Intel in new hardware survey 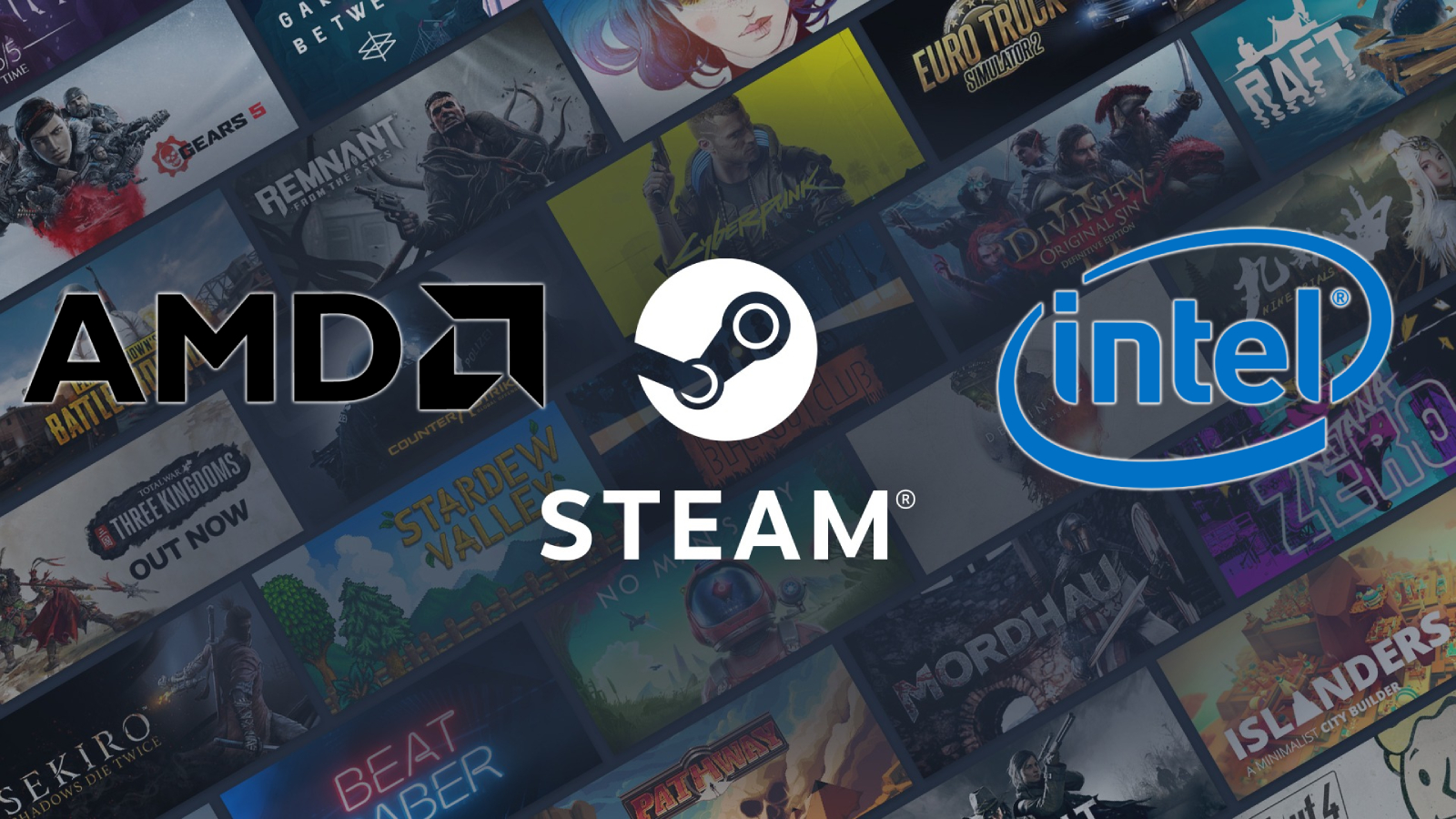 According to a recent survey on Steam, AMD has lost some ground to Intel in CPU usage by gamers. Normally AMD maintains a steady 30% share. but saw those numbers drop to 28.41%. The number may not seem like a major loss but, it could be the beginning of a downward trend for AMD.

AMD’s market share is in the 15% range on the GPU side of things, while Nvidia dominates the market with a massive 76%. Both GPU makers offer high-quality GPU’s with Nvidia’s RTX 3080 and AMD Radeon RX 6800 XT, possibly being the top two GPU’s available today. I would be remiss not to add that Intel offers integrated UHD graphics; its market share was actually down 0.4% and normally hovers around 1% of the market.

Another interesting piece of information gained from Steam’s recent survey is that Windows 7 refuses to go away. It’s like that 97-year-old man at the office who refuses to retire. Windows 7 users make up 4.88% of Steam accounts which is mind-boggling. Nearly 5% of Steam gamers vehemently reject updating, which probably means they’re playing older games or enjoy rejecting the future.

The other interesting hardware survey results involve VR gaming, which saw an uptick in the “other” VR category, with a huge gain, going from the normal 1% to a staggering 14.48%  from May to June. Obviously, this affected the Oculus Quest 2, which saw its market share drop 11.80% during that same time, which is odd, to say the least.

Game on! This Gigabyte G5 with RTX 3060 is down to its lowest ever price