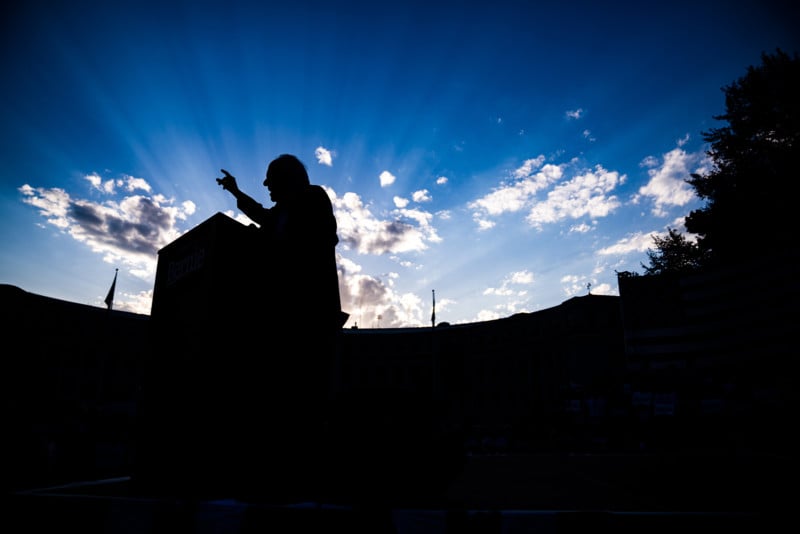 In 2019, photographer and YouTuber Jared Polin — also known as FroKnowsPhoto — received an all-access pass for 48 hours in order to document the presidential campaign of Senator Bernie Sanders. He is seeking backing on Kickstarter for what will feature around 100 photos in a 256-page book.

Polin says that that the “Bernie Photo Book” will take readers behind the scenes of the Sanders campaign that encompasses a journey that started in Iowa, went on to Denver where Sanders met a crowd of 10,000 supporters, then Los Angeles where Sanders and Alexandria Ocasio-Cortez hosted a rally at Venice beach, and ended where it began in Iowa ahead of the state’s caucus. 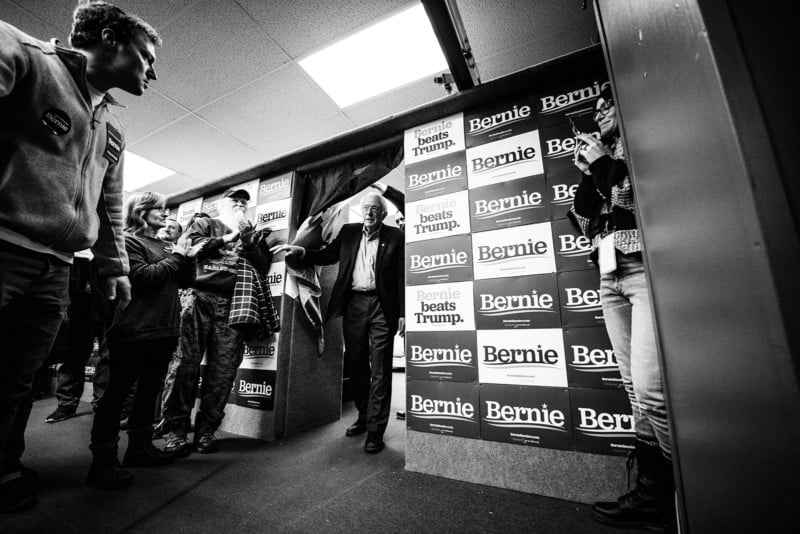 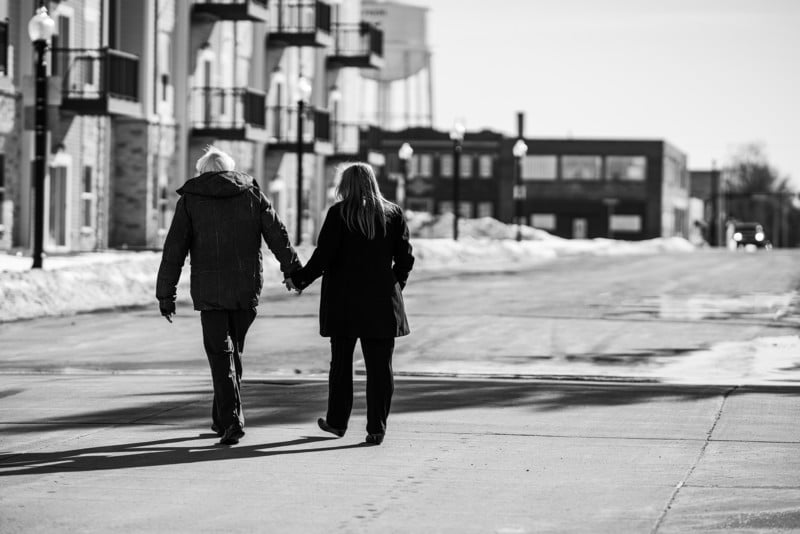 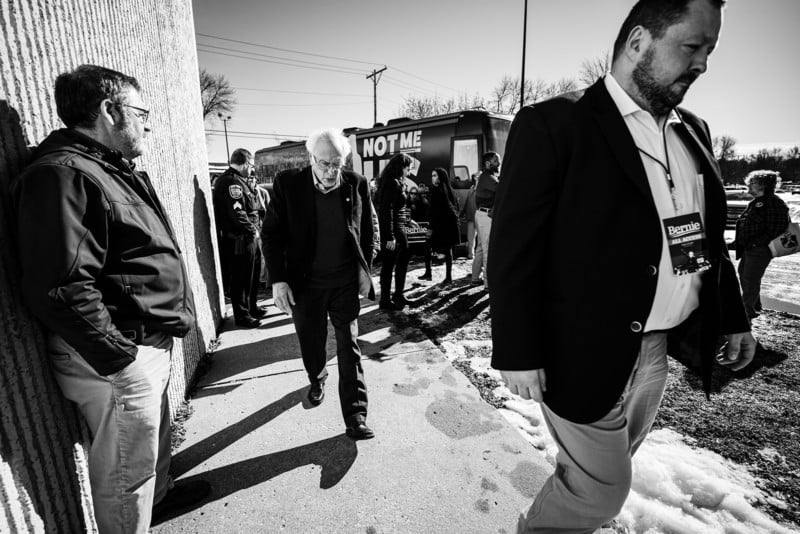 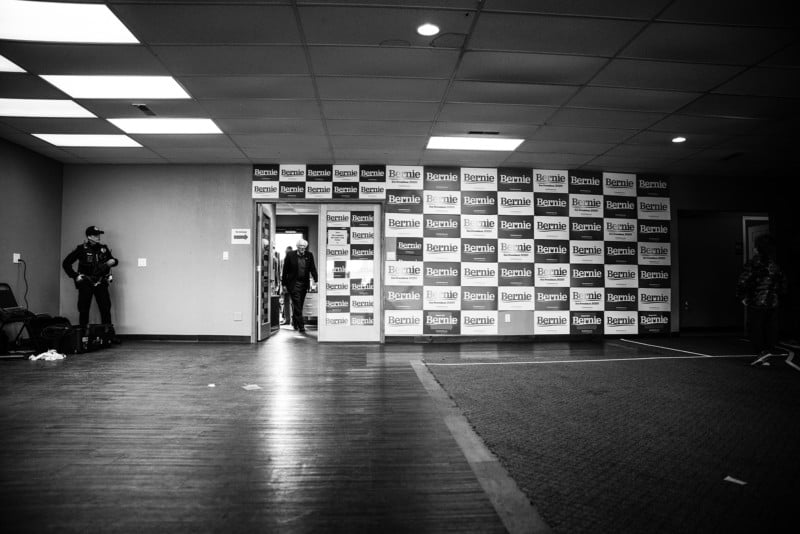 “In total, I captured over 3,000 images and was able to edit it down to the ‘best-of-the-best with honors sir,’” Polin says. “The final book will include roughly 100 photos from the road.”

Polin says that when he reads a photo book, he always finds himself wanting to know more about the photo and what the photographer was thinking when they captured it. He hopes that he has addressed this need with his photo book.

“I always want to know more. I want to know what the photographer was thinking in that moment. I want to know what was going on behind the scenes, I want to go inside their mind. That’s why I’ve decided to include a page-by-page audio commentary by me, that you can access via a QR code, which will allow you to download as a podcast or stream from anywhere in the world, at any time,” Polin says. 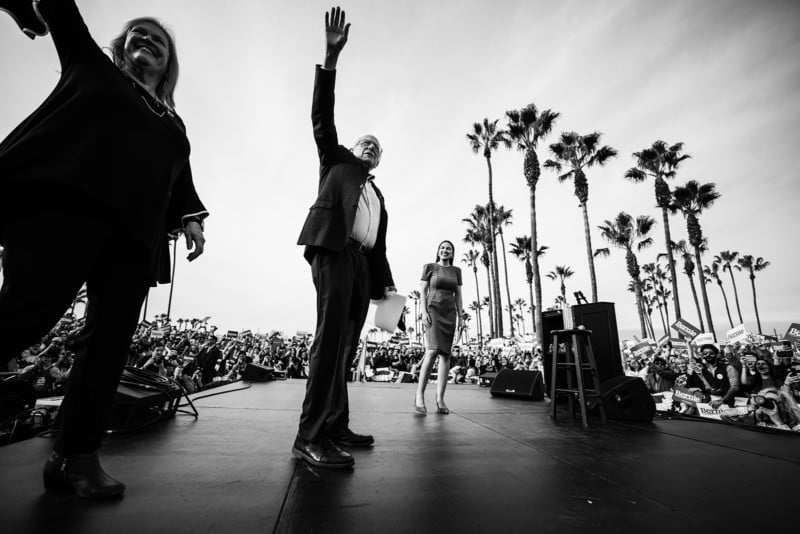 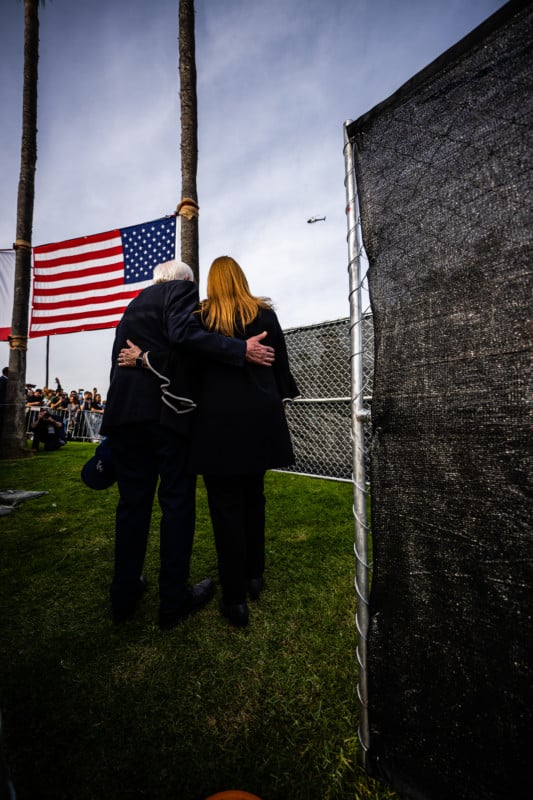 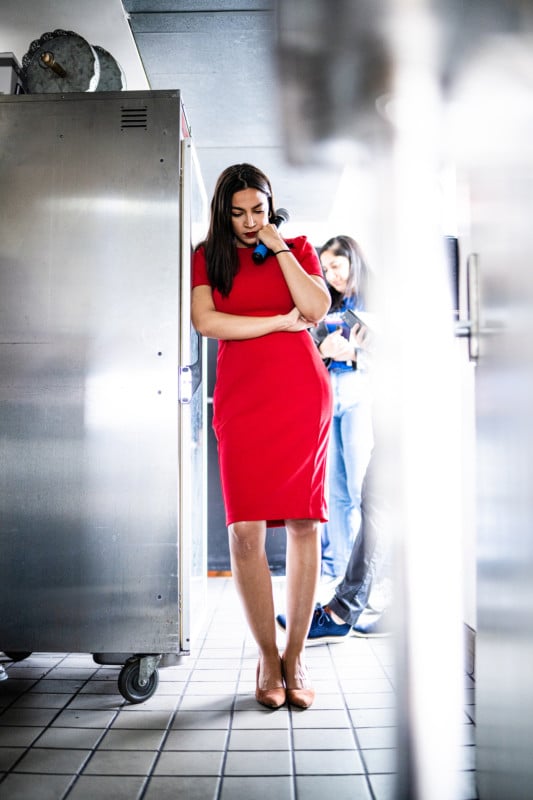 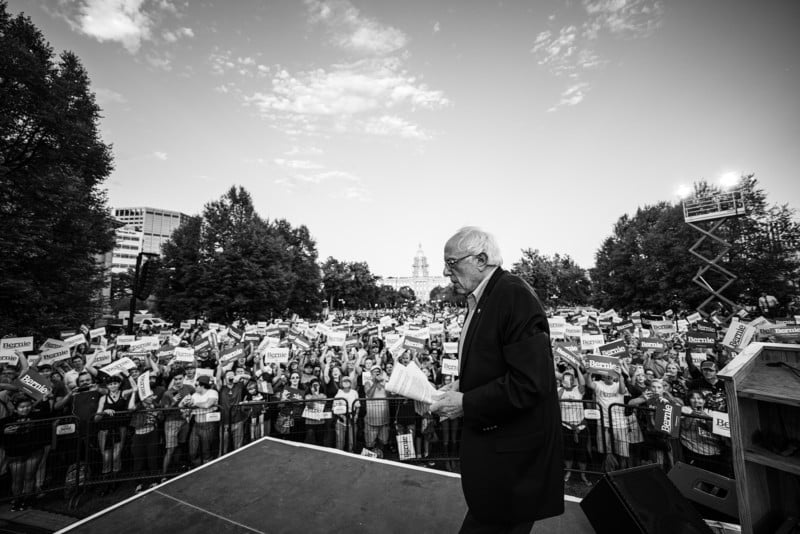 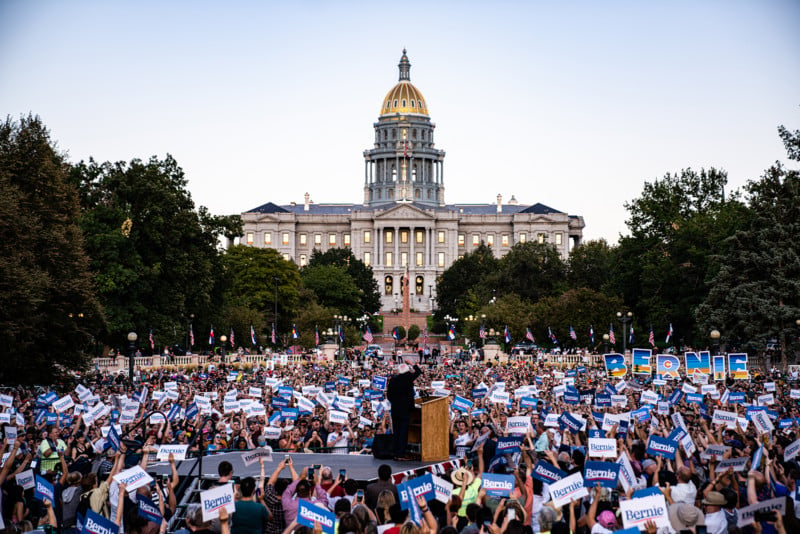 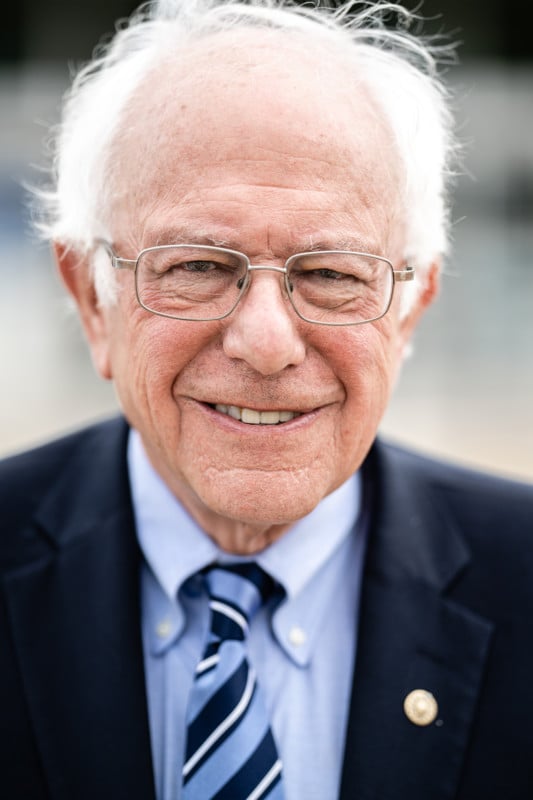 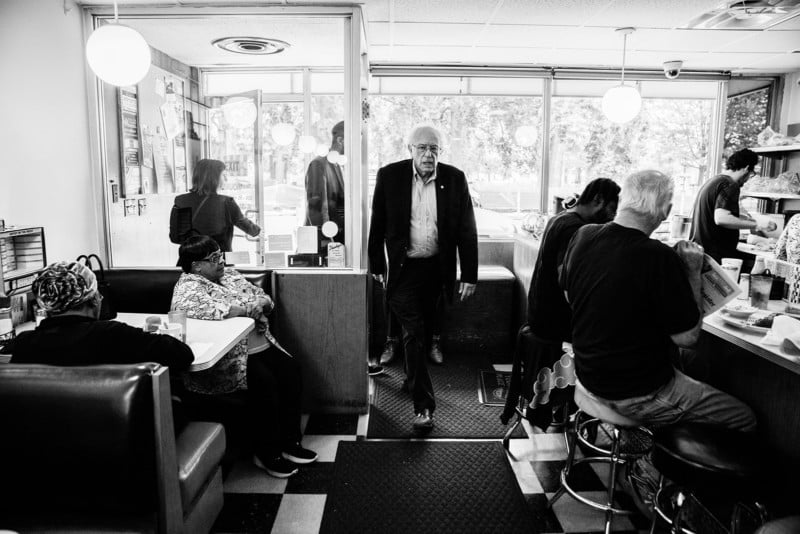 The hardback book will be 14 inches tall by 10.5 inches wide and will have around 256 pages, feature around 100 photos, and will weigh over six pounds. Each two-page spread will be 14 by 21 inches which allowed Polin to print with a full bleed, edge to edge, without cropping.

At the launch of the Kickstarter, which concludes on August 7, 2021, Polin says that the book is designed and ready to go to press with a printer he has secured in Italy, but in Bernie’s words, he is yet again “asking for your financial support.” 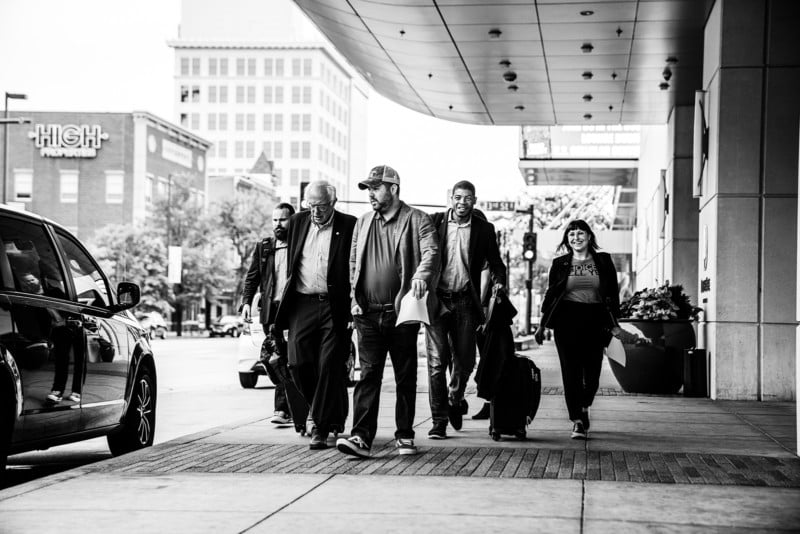 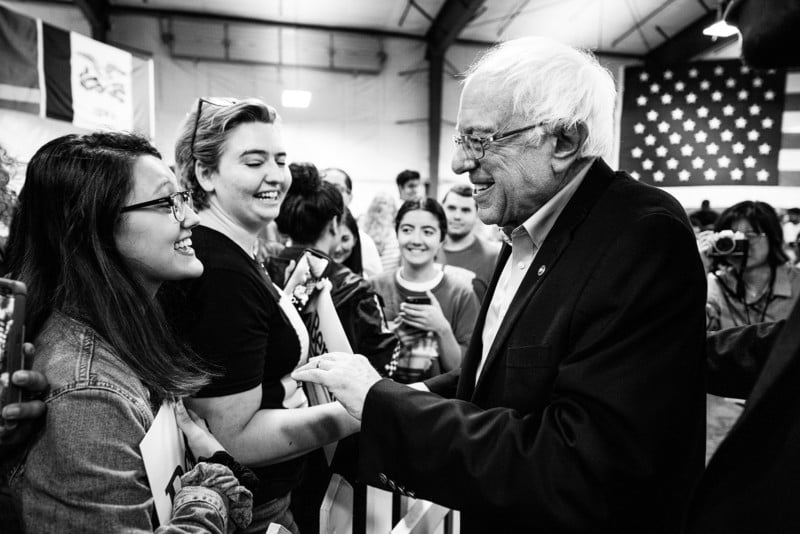 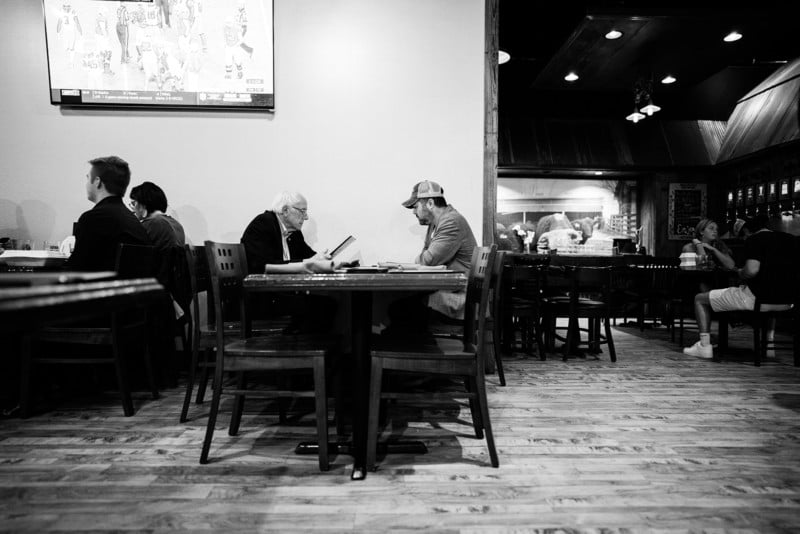 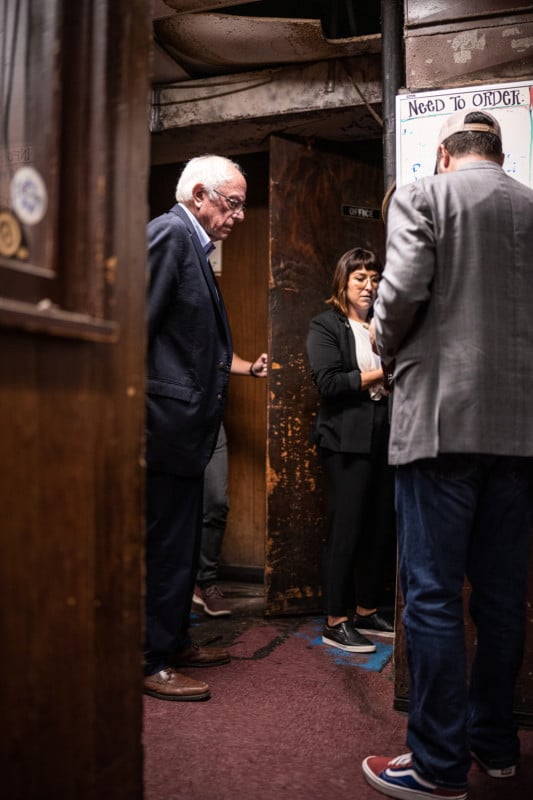 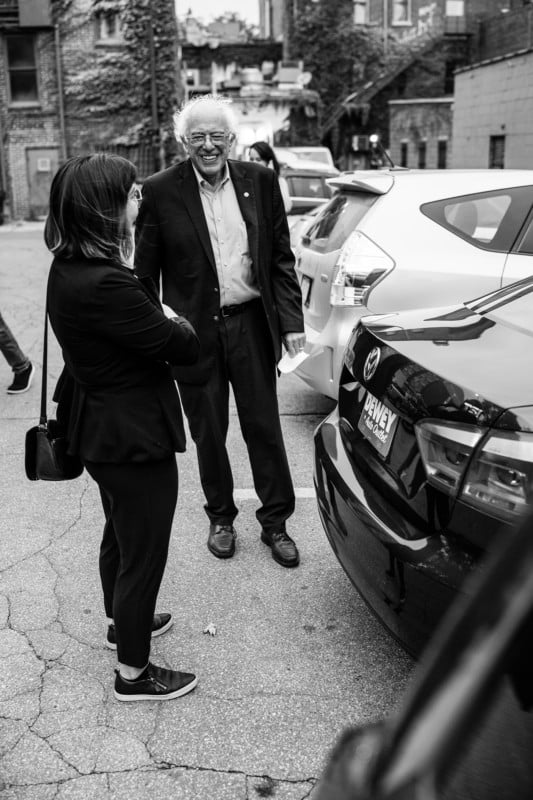 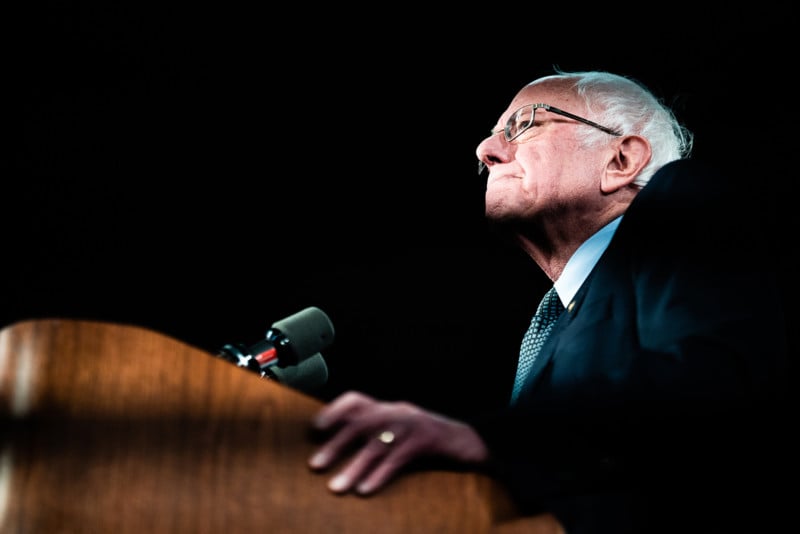 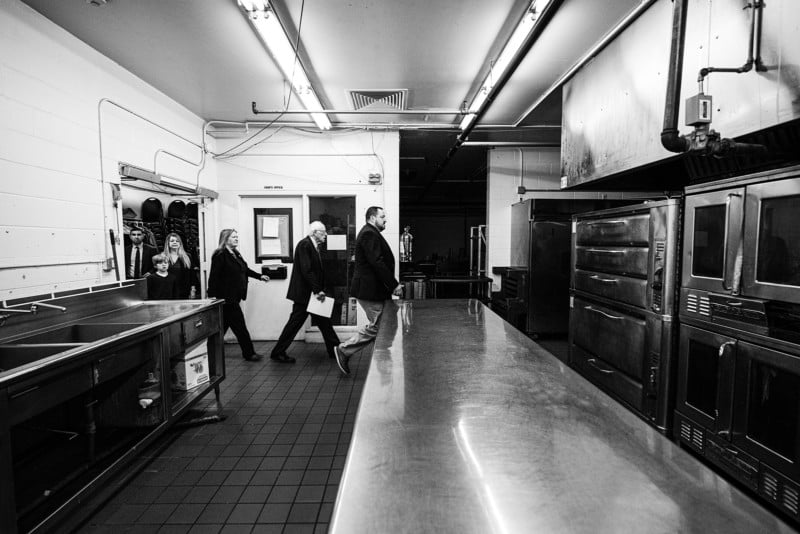 To that end, Polin is offering several limited edition signed prints in various sizes as well as other incentives. The book itself is slated to cost $60 plus $15 for shipping. You can see all of the options for backers on Polin’s Kickstarter page.

Image credits: All photos by Jared Polin and used with permission.

An Exclusive First Looks At The Mini-Documentary