How To Tell A Hermit Crab’s Gender (with Pictures) 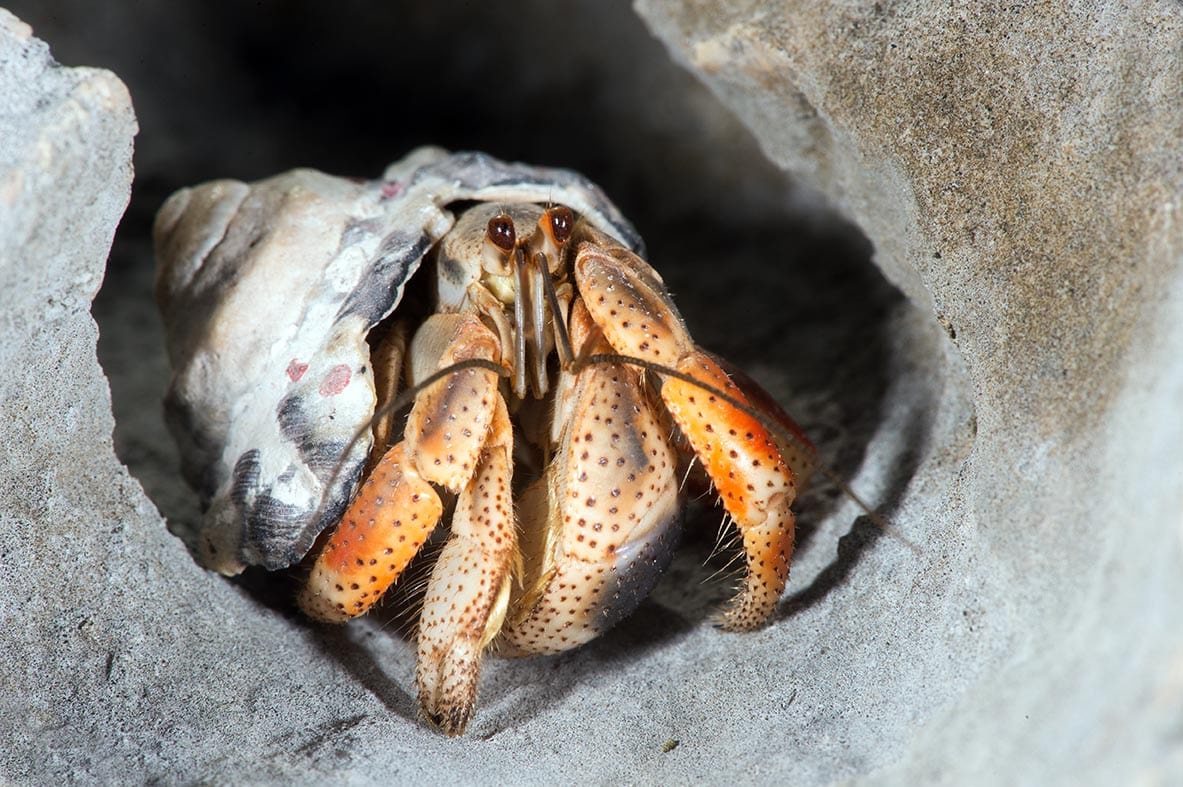 Whether you plan on breeding your hermit crabs or you’re just trying to figure out what to name them, knowing what sex each of your crabs is can be pretty useful. Crabs don’t have pants you can just take off to see what they’ve got underneath, but there are a few indicators that you can use to determine your crab’s gender. We’re going to discuss those indicators so that you can identify them on your crabs, but we’re also going to talk about some myths surrounding hermit crab gender and identification.

Because you can’t just look at a hermit crab and figure out what sex it is, several myths have popped up surrounding hermit crab genders and how to identify them. These are patently false, but you might have heard them somewhere before.

You can definitely tell a hermit crab’s gender, and it’s actually quite easy. We’re going to tell you how in just a moment.

Myth 2: The Gender Is Indicated By the Size of the Claw

Size isn’t everything, and on hermit crabs, it really doesn’t mean much. Every hermit crab has one small claw and one large claw, and the size of those claws is no accurate indication of the crab’s sex.

A Lesson On Hermit Crab Anatomy

If you want to be able to determine your crab’s gender, you’ll need to have a basic understanding of hermit crab anatomy. In total, hermit crabs have 10 legs. Two of these legs are claws. Hermit crabs have one large and one small claw. The small claw is used for eating and drinking, the larger claw for closing off the shell when the crab is tucked inside.

How to Tell a Hermit Crab’s Gender

To check your crab for gonopores, you’ll need to hold it upside down by the shell so that it starts to extend out of the shell a little. Identify the rear pair of walking legs. Where these rear walking legs meet the body, a black dot on each side is what you’re looking for. These black dots are the gonopores, indicating that your crab is a female.

Don’t believe the myths surrounding hermit crab genders. You can’t tell a hermit crab’s sex by the size of its claw, but there definitely is a way to determine your crab’s gender and it’s not even difficult. You just have to identify the gonopores, two black dots located on the underside of the crab where the rear pair of walking legs meets the body; one on either side. If the crab has these black dots, it’s a female, and if not, it’s a male. It’s that simple.

Looking for more information on your hermit crab? Check out: