Historic Australian Photo Print Archive to be Auctioned Along with NFTs 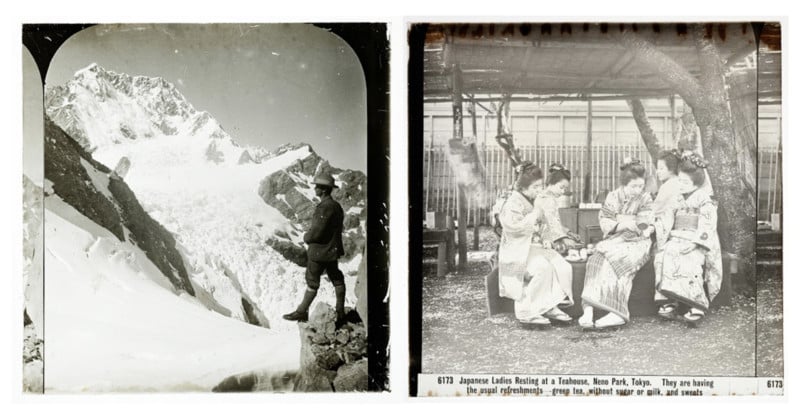 Advertised as a world’s first, an Australian auction house has announced the sale of “Australia’s most significant photographic collection,” which will be accompanied by NFTs that will provide proof of ownership alongside the physical negatives.

Non-fungible tokens — commonly referred to as NFTs and allow users to certify proof of ownership of digital goods using the blockchain as means of verification — which have seen a notable dip in popularity since the initial explosion earlier in 2021, may see new life thanks to their additional use in the art world as a means of providing additional verification of ownership for physical goods.

As reported by Inside Imaging, Lloyds Auctioneers and Valuers, based in Australia, received an extensive collection of over 100,000 photographs that had been “uncovered in the spare bedroom of a home in Victoria,” and date as far back to 1880. The collection features significant historical finds, with noteworthy photographs like portraits of the Duke and Duchess of York and daughter Princess Elizabeth as a newborn, Phar Lap winning the Melbourne Cup in 1930, the landing on Gallipoli, a military campaign in the First World War, Egyptian pyramids and Sphynx, and many more covering images of cities and towns across Australia.

Lee Hames, chief operations officer for Lloyds Auctions, explains that the collection contains original glass negatives of significant moments not just of local Australian history — some of the photographs could prove to even impact the course of world history, he claims.

Although the collection in its own right is a significant development in the world of photography and history, the auction house has introduced NFTs as part of its auction process for the final day of the sale. For the first time, Lloyds Auctions will mint NFTs to offer digital proof of ownership for its winning bidders.

Interested buyers are given a choice to bid either on the Lloyds Auction platform or with cryptocurrency on leading NFT marketplaces, such as Rarible. Unlike many NFT-based auctions, winning bidders will receive both the minted NFT and the original glass plate negative. Although this collection could be a priceless find to art collectors, the environmental aspect of minting and trading NFTs is still a contentious discussion in the arts community and beyond.

At the time of publication, the auction house had already concluded six days of physical items-only auctions, with one more yet to complete and will finish with the final sale on June 30, which is the only one to feature the inclusion of NFTs.