Gorgeous Photos of Socotra, The ‘Most Alien-Looking Place on Earth’ 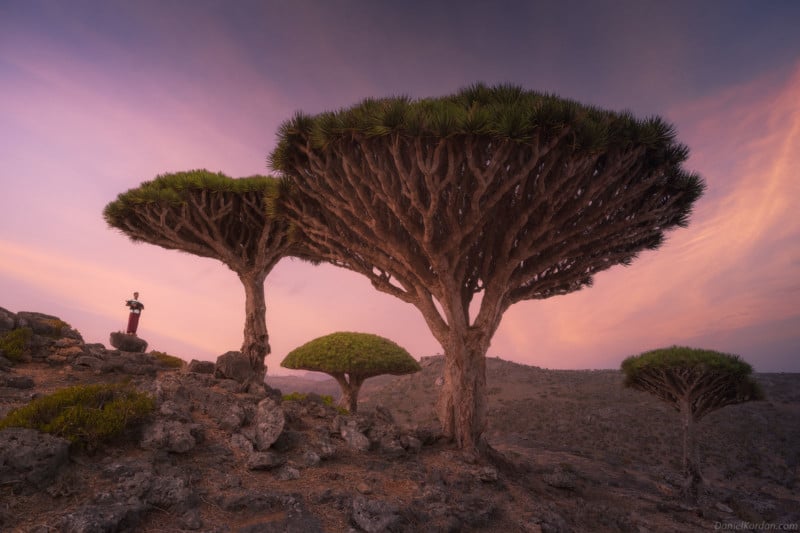 Located east of the Horn of Africa, Socotra was famously described by English anthropologist George Wynn Brereton Huntingford in 1980 as “the most alien-looking place on Earth.” Photographer Daniel Kordan visited the island and captured the otherworldly beauty of the landscapes, from the dragon blood trees to the white sand dunes. 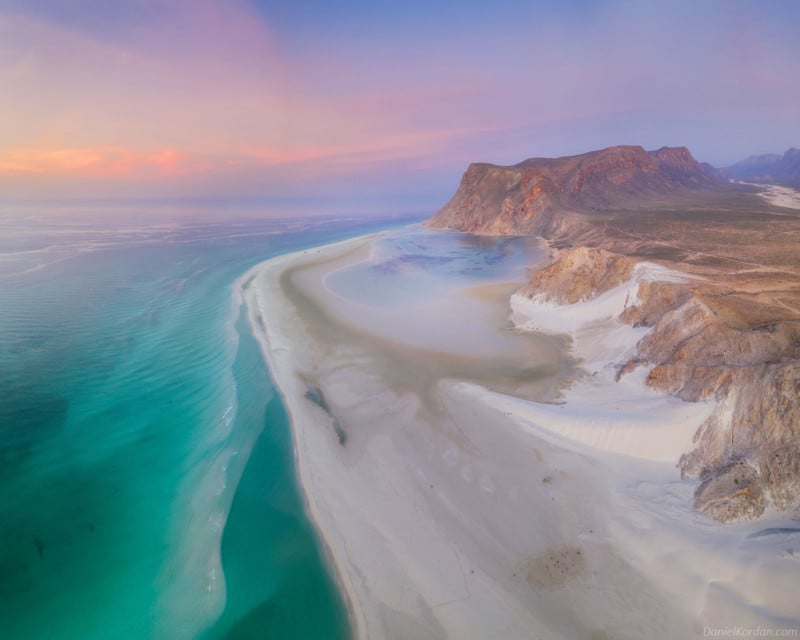 Socotra is the largest of the remote Socotra islands in the Arabian Sea. They’re found 238 miles (380km) south of mainland Yemen (which the islands belong to) and 50 miles (80km) east of Africa. As with other remote islands on our planet, Socotra is known for being a cradle of biodiversity, boasting many unique animals and plants. 37% of the plants, 90% of the reptiles, and 95% of the land snails on Socotra are not found anywhere else on Earth.

Reuters calls the island the “jewel of biodiversity in Arabian Sea,” and the island was officially recognized as a UNESCO World Heritage Site in 2008. 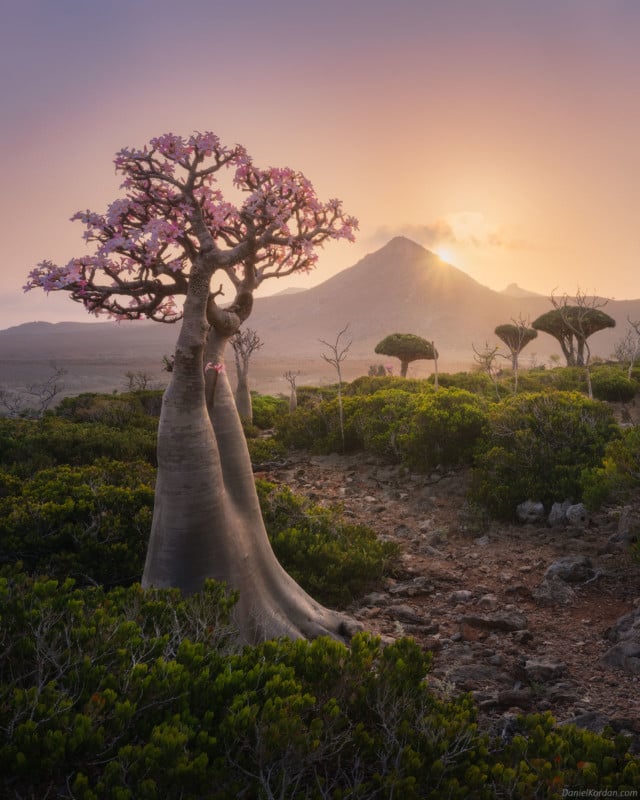 One of Kordan’s favorite things to photograph on Socotra is the Dracaena cinnabari, popularly known as the dragon blood tree, which is known for its densely arranged branches, umbrella-like shape, and red sap (hence the name). 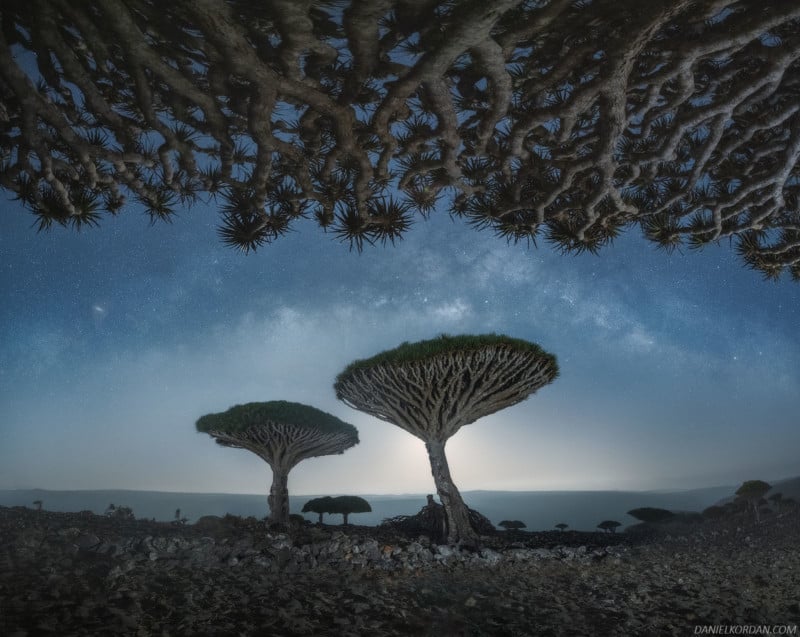 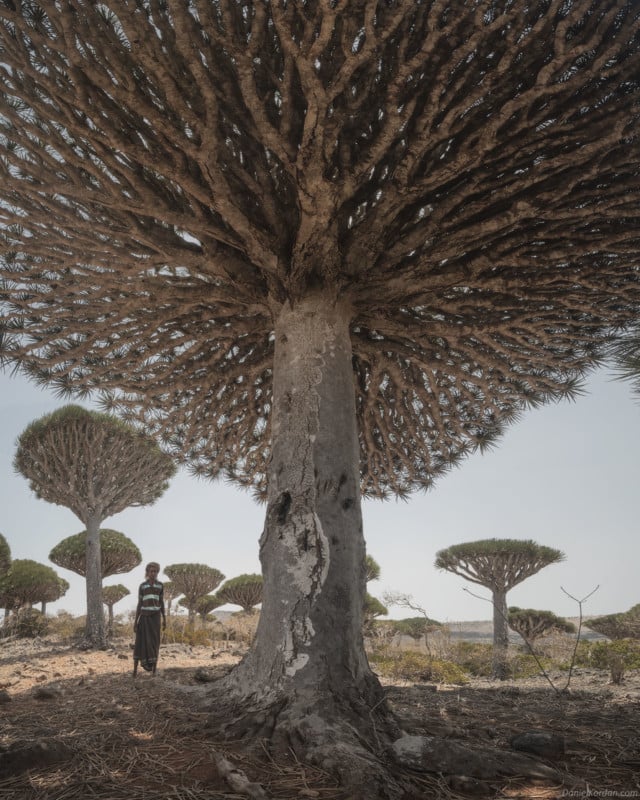 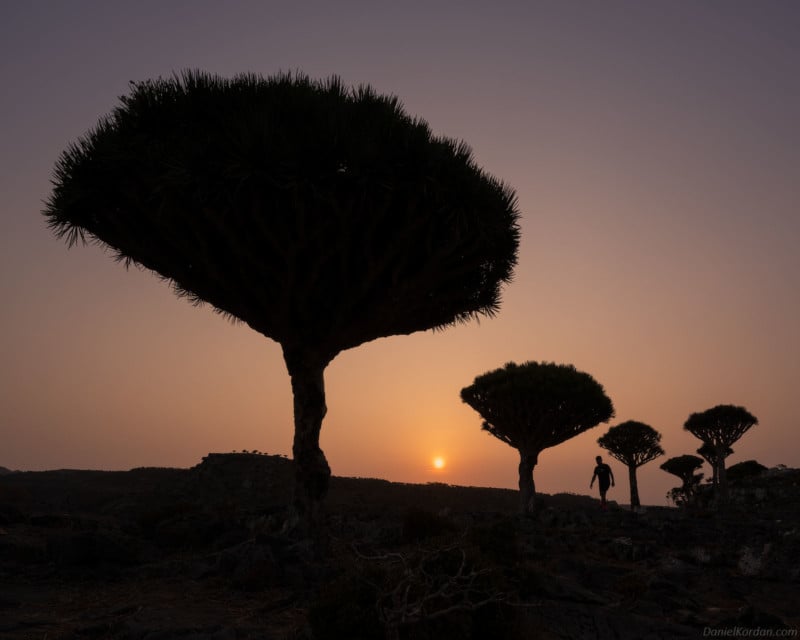 “According to legend, the first dragon blood tree was created from the blood of a dragon who was wounded in a battle with an elephant,” Kordan writes on Fstoppers. 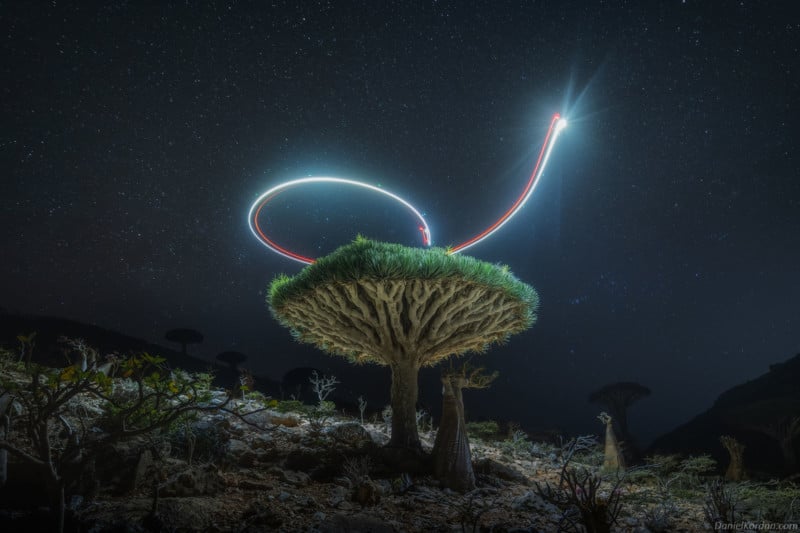 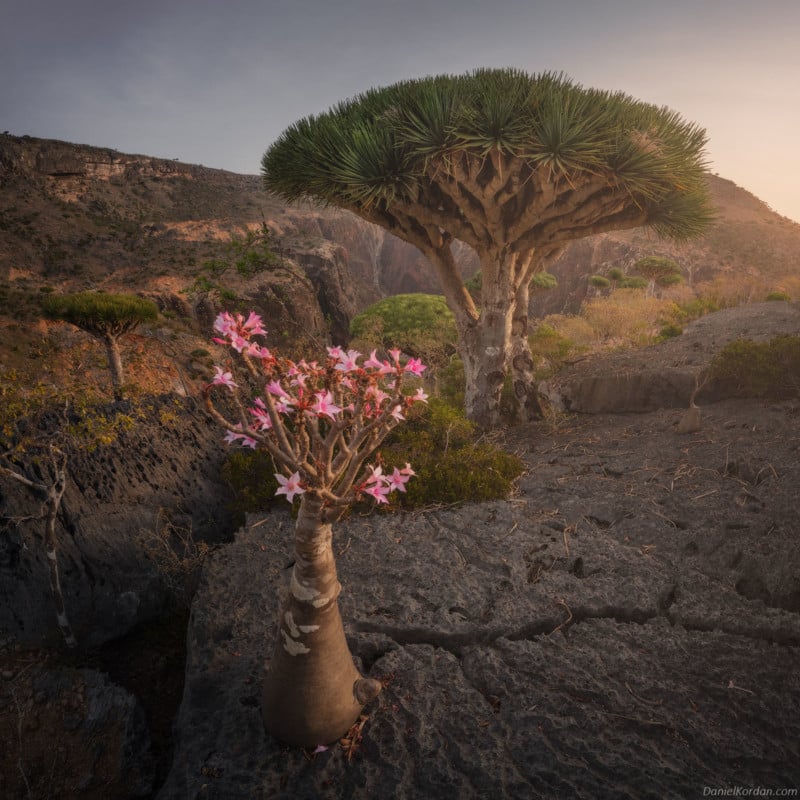 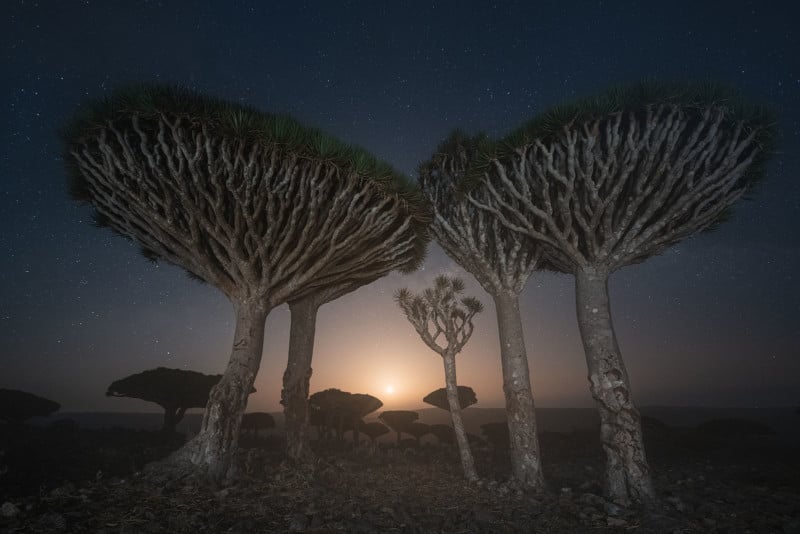 “The unusual shape of the dragon’s blood tree is an adaptation for survival in arid conditions with low amounts of soil, such as in mountaintops,” Wikipedia states. “The large, packed crown provides shade and reduces evaporation. This shade also aids in the survival of seedlings growing beneath the adult tree, explaining why the trees tend to grow closer together.” 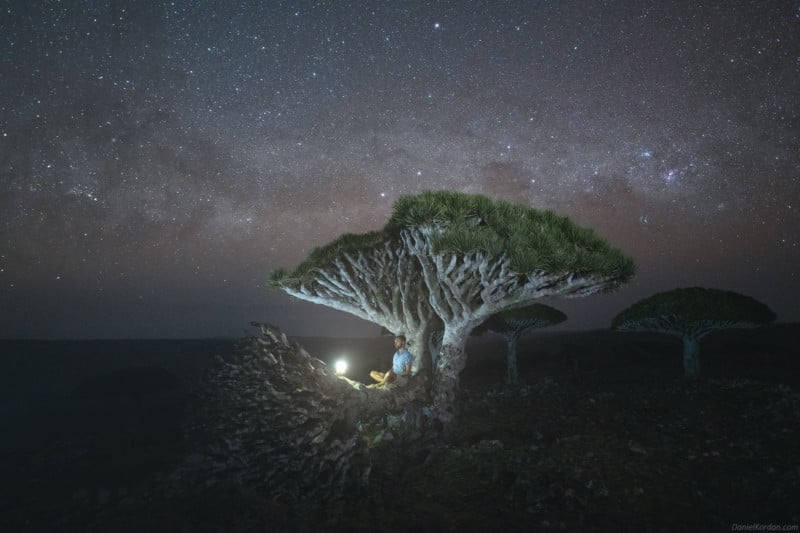 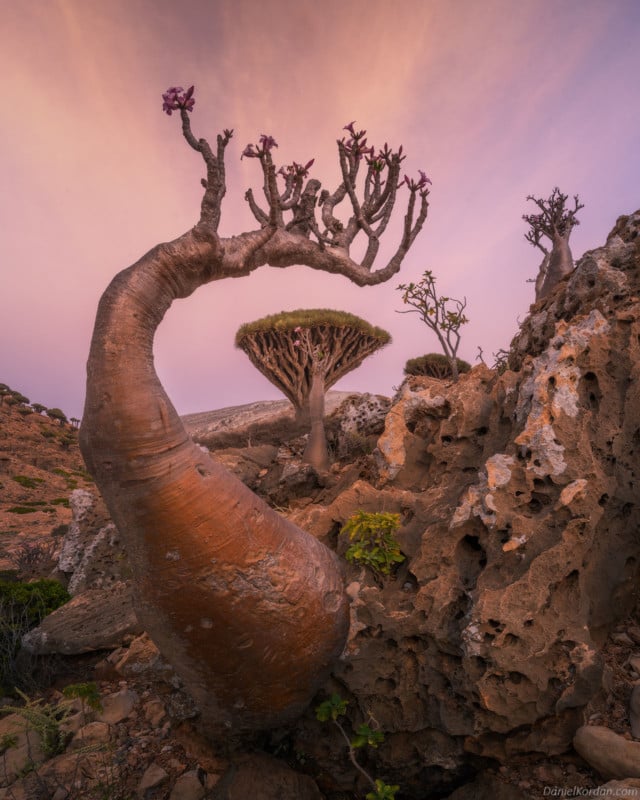 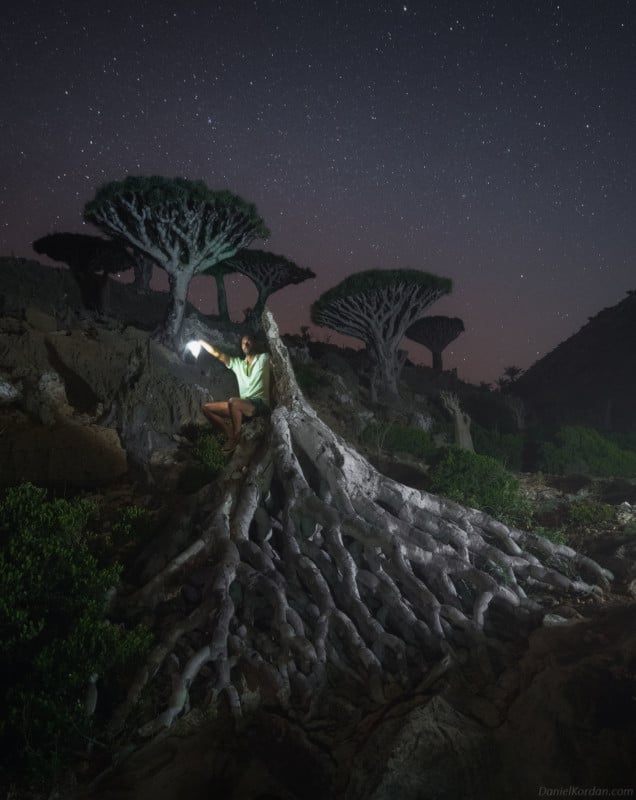 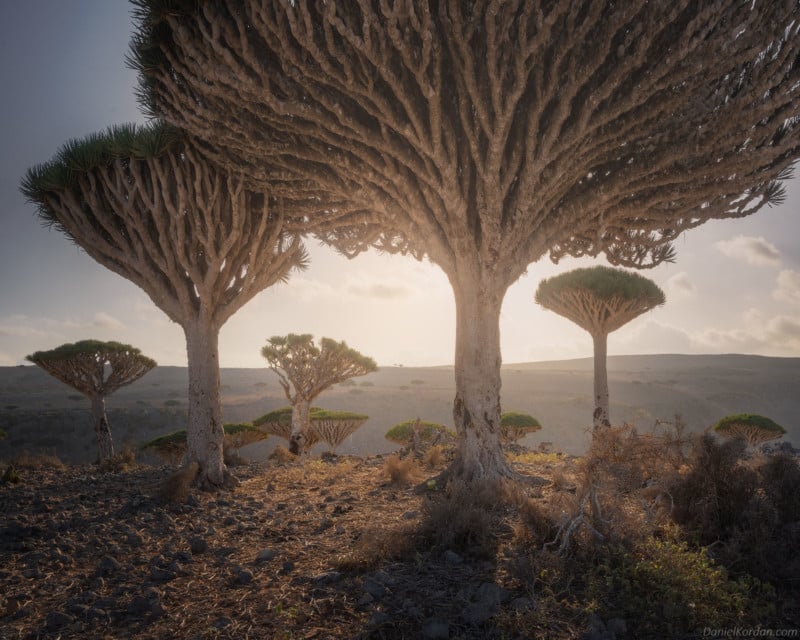 Another gorgeous feature of Socotra is the white sand, which is piled into beautiful rolling dunes along the turquoise sea and in the desert within the island. 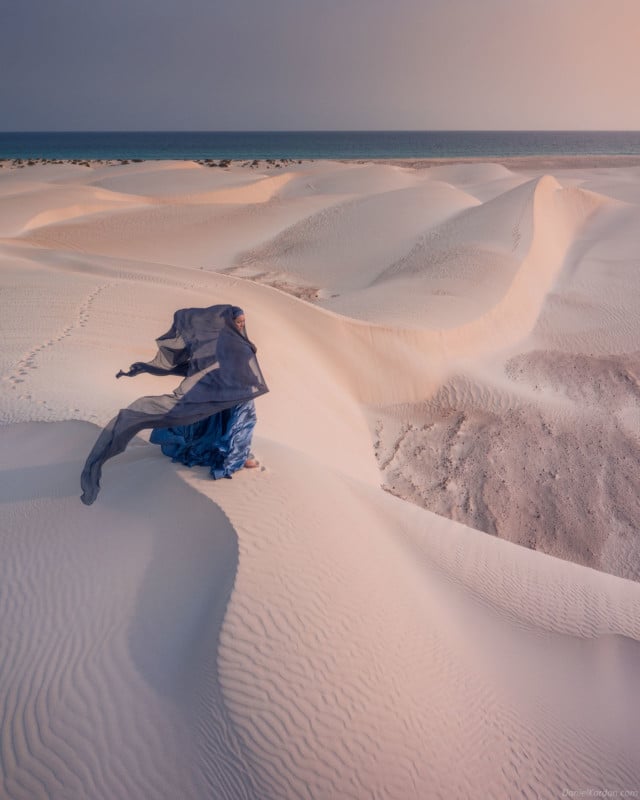 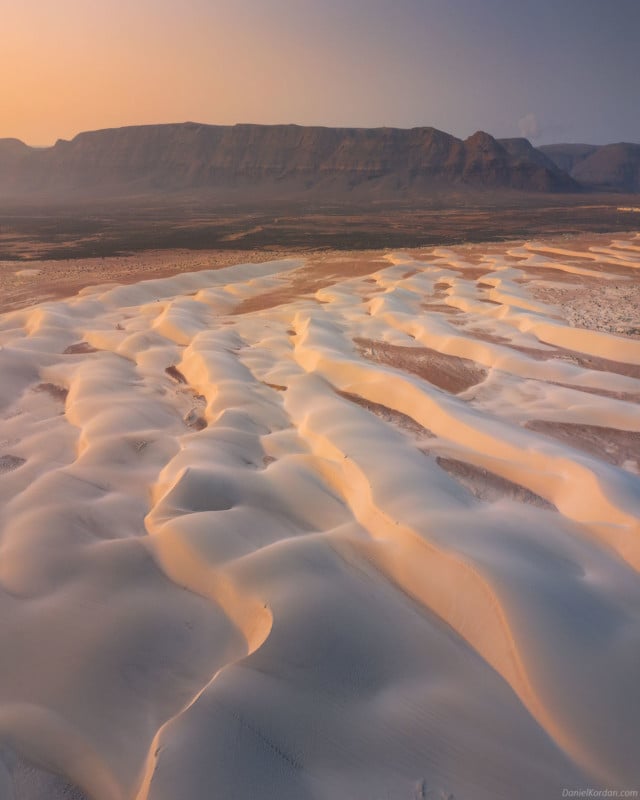 If you are interested in visiting Socotra yourself for a photography adventure, your best bet may be to arrange the trip through a local travel agency, which should be able to help you obtain a Yemeni visa. Visiting at the present time is not advised, though — the US government currently has a “Level 4: Do Not Travel” advisory for the nation due to “due to COVID-19, terrorism, civil unrest, health risks, kidnapping, armed conflict, and landmines.” 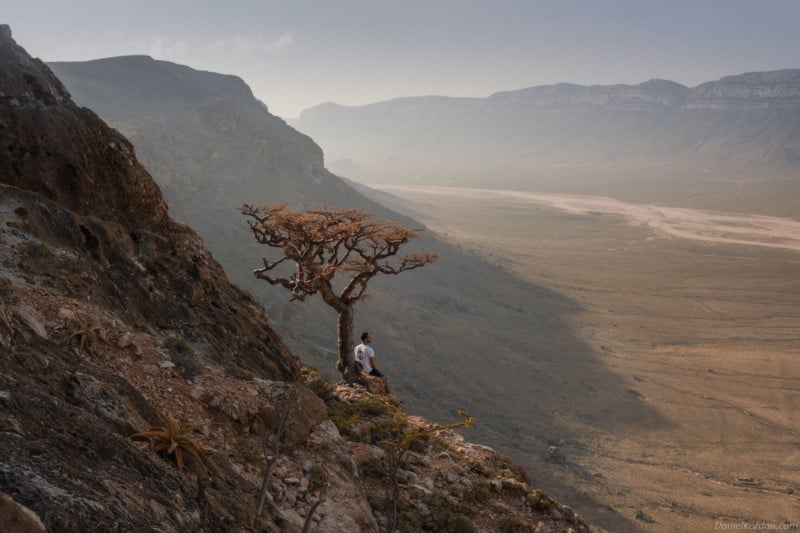 P.S. In case you missed it earlier this year, be sure to check out Kordan’s magical photographs of fireflies in Japan.

Image credits: Photographs by Daniel Kordan and used with permission

How Marketers Can Get the Most Out of Google Analytics 4

How To Make Your Closet Smell Good