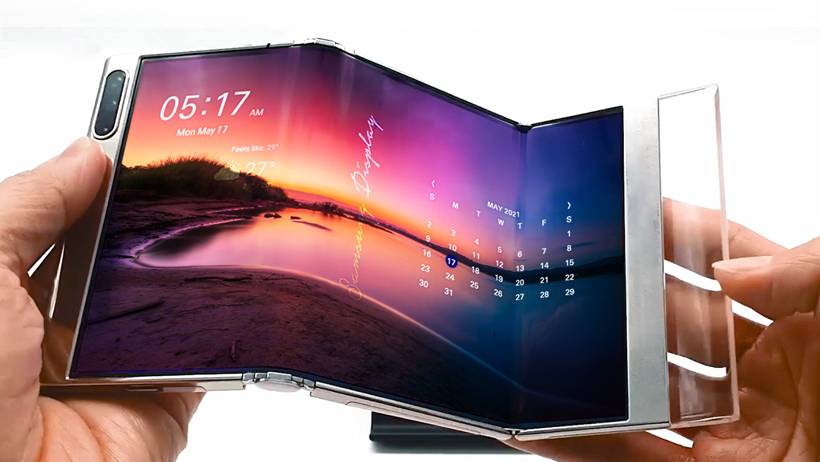 Google is on track to launch its first foldable phone by the end of 2021 as Samsung Display will start production of its foldable OLED panels this October, according to a recent report by The Elec.

Google’s foldable smartphone, fittingly dubbed the “Pixel Fold,” is expected to have a 7.6-inch in-folding display panel. At this size, we can expect it to have a clamshell form factor similar to Samsung’s Galaxy Z Flip.

As previously reported, Samsung Display will be busy working on a number of foldable OLED displays for multiple brands, with Vivo and Xiaomi also expected to unveil their foldable phones by the end of 2021.

The global display manufacturer is also developing foldable OLED panels for Oppo, although its launch date has been pushed back to early 2022. Initially, Oppo’s foldable was expected to be a 7.7-inch smartphone when unfolded, but The Elec now states it will be 7.1 inches.

The Google Pixel 6 is rumored to be launching sometime around October this year, meaning the Pixel Fold may launch alongside the tech giant’s next flagship smartphone.

Samsung is the undisputed king of the foldable smartphone market, and is rumored to bring out the next iteration of its Z Flip and Z Fold later this year. Samsung gave us a sneak peek at how its foldable panel would look with its ‘S-foldable’ smartphone at SID Display Week 2021. Is it a hint at what’s to come? If the report is anything to go by, we’ll have to wait until later this year.

Samsung Galaxy Z Fold 3 and Z Flip 3 pricing leaks — is this the breakout year for foldables?