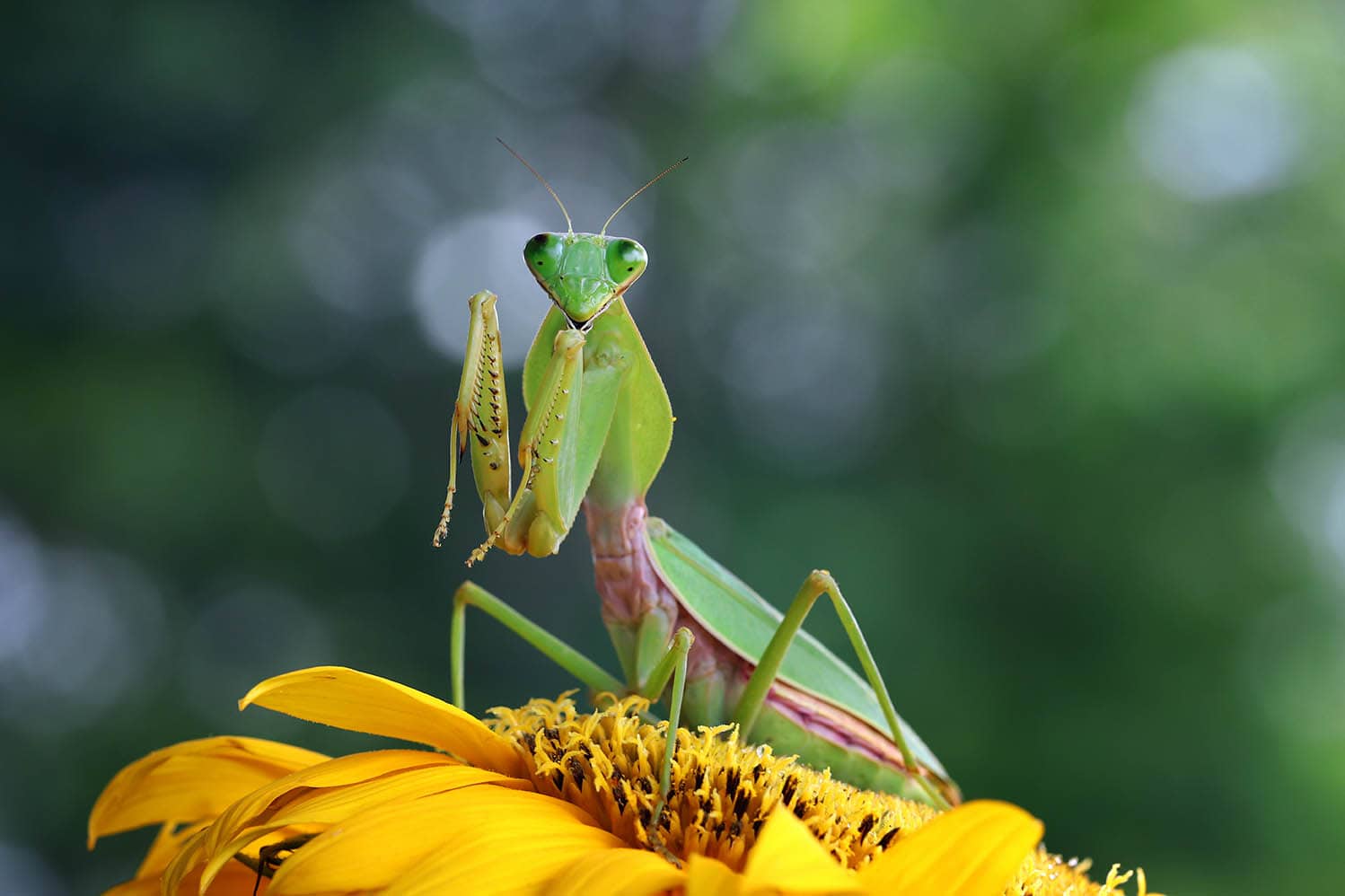 The Giant Shield Mantis, as the name suggests, is one of the largest mantis species in the world, reaching lengths of up to 5 inches. They are robust and hardy insects that are easy to care for and are ideal for novices or anyone who wants an alternative to the more commonly found species. Of the Rhombodera genus, the Giant Shield is certainly one of the most beautiful, and they make wonderful pets to observe.

If you are looking at bringing one of these giant insects home, read on for more information and helpful tips on caring for the Giant Shield Mantis.

The Giant Shield Mantis is native to southeast Asia and is commonly found all over China, Borneo, and Thailand. They are one of the most popular mantis pets because they are easy to care for and don’t have many complicated housing requirements. They are also not particularly picky about food and will hunt down anything that moves with precision and speed. In general, females live longer than males and can live for up to 18 months, whereas males only tend to live for around a year at the most. Males are known to be more feisty and aggressive than females and are not as easy to handle or hold as females are.

How Much Do Giant Shield Mantises Cost?

Giant Shield Mantises are easy to find all over the United States and are easy to breed in captivity. If you’re looking at bringing one of these giant insects home, you can expect to pay as little as $30 or up to $60 in some cases. You should budget another $50-$100 for additional expenses, like the tank set up and food.

One of the joys of owning a Giant Mantis is watching them hunt their prey. Sometimes, they may sit and wait, completely still, and pounce when their prey comes close, but they will most often hunt their prey down. They will ferociously attack any prey their size or smaller but are generally docile and friendly with humans. Most Giant Mantids are happy to be held, although males can be more feisty at times. When they feel threatened, you’ll know it, as they produce a hissing sound that is produced by air being pumped out from their abdomen.

Mantids are primarily diurnal, meaning they are active during the day, as their hunting relies heavily on their eyesight.

Giant Shield Mantises are primarily green, but they can occasionally be found in yellow and brown colorations too. Many experts speculate that this color change is based on the environment that they are raised in, but the exact cause is unknown. They are best known and most recognizable from their large thorax that resembles a shield or leaf and provides expert camouflage for hunting. They occasionally have a blue tinge to their coloration, with a pair of tan “eyespots” that further enhance their camouflage. These are also used as scare tactics for would-be predators, making the mantis appear bigger than it is.

How to Take Care of a Giant Shield Mantis

The Giant Shield Mantis needs a tank or vivarium that is higher than it is wide, preferably glass because it allows heat to escape on hot days. A good rule of thumb is to have an enclosure that is roughly three times the height of the mantis itself and twice as wide as the length of the mantis. Adequate ventilation is essential, and a tightly fitted mesh top is ideal. This will give your mantis something to hang from during molting too.

A living vivarium with live plants is great for mantises because plants can help break down the mantis’s waste, and peat moss as a substrate will help maintain humidity. Just be careful of mold, though, as it can be lethal to mantises, so be sure not to spray too much moisture inside the tank.

The native habitat of Southeast Asia of the Giant Shield Mantis is relatively warm and humid, and you should aim to replicate this in their captive habitat. They do well in temperatures ranging between 70 and 80 degrees Fahrenheit, and humidity should be kept at around 80%. Misting should be done once every day or two not only to maintain humidity but also to allow your mantis to stay hydrated, as they drink from condensation on leaves rather than from bowls. Be careful over misting, though, as this can create mold in their tank.

Accessories and decoration are your personal choices, but your mantis will love to have various branches and twigs to climb on. Artificial or live plants are suitable, and natural rock and wood ornaments will look great and provide plenty of climbing space.

Do Giant Shield Mantises Get Along With Other Pets?

Because these mantises are such ferocious predators, they should not be housed together. Eventually, there will only be one mantis left because they are not averse to cannibalism. However, young nymphs are not as aggressive or territorial and can usually be housed together until they reach maturity. While they should be kept safely away from other pets in your home, they are not disturbed at them being nearby.

What to Feed Your Giant Shield Mantis

The Giant Shield Mantis is carnivorous and should be fed a steady diet of live insects. They generally have big appetites and are not picky about what they eat. Nymphs will need two or three fruit flies every day or two, juveniles need just one cricket or large fly, and adults will do fine on one or two crickets every 2-3 days. The best way to judge feeding is by looking at your mantises’ abdomen — a swollen abdomen means they can probably skip a meal or two. Be careful not to overfeed them, as this can cause serious health issues and may even shorten their lifespan.

The most important factor in keeping your mantis healthy is feeding them healthy food. Crickets are a great staple food, but they must be clean and healthy specimens, and the health of your crickets will affect the health of your mantis, so you’ll need to treat them as if they are pets too. Be sure to remove any dead or sick crickets, and do not feed these to your mantis.

As long as your mantis has the right humidity and temperature levels in their enclosure and are fed on a healthy, balanced, and varied diet, they are hardy and robust animals that rarely get sick.

The Giant Asian Mantis is easy to breed in captivity, and many home enthusiasts have done it successfully. It’s important to note that females are ferocious and aggressive when in breeding condition, and you should give her a large meal to keep her occupied when introducing the male. Female mantises are often cannibalistic after mating, and if you see her acting aggressively toward the male, remove him immediately before he gets eaten!

After mating, the female will typically produce five to eight ootheca, or egg cases, from which around 200 nymphs or babies can hatch, usually after about 4 weeks. These small nymphs develop quickly and will begin to eat after just a few hours.

Are Giant Shield Mantises Suitable for You?

Giant Shield Mantises are fascinating animals and a joy to observe. They are expert hunters and hunt their prey down with incredible stealth and precision, and this is one of the biggest reasons that enthusiasts love them so much. They are also easy to care for and are not picky eaters, making them great for beginners. They also breed readily in captivity, and this can be an amazing process to watch. Their short lifespan and ease of care make them great animals for children too.

If you want to own a truly unique pet that doesn’t need any special habitat requirements, the Giant Shield Mantis is an amazing creature to care for.

11 Financial Habits Of Successful People - It Starts With Coffee

How To Keep Your Pooch Healthy - The Pet Blog Lady