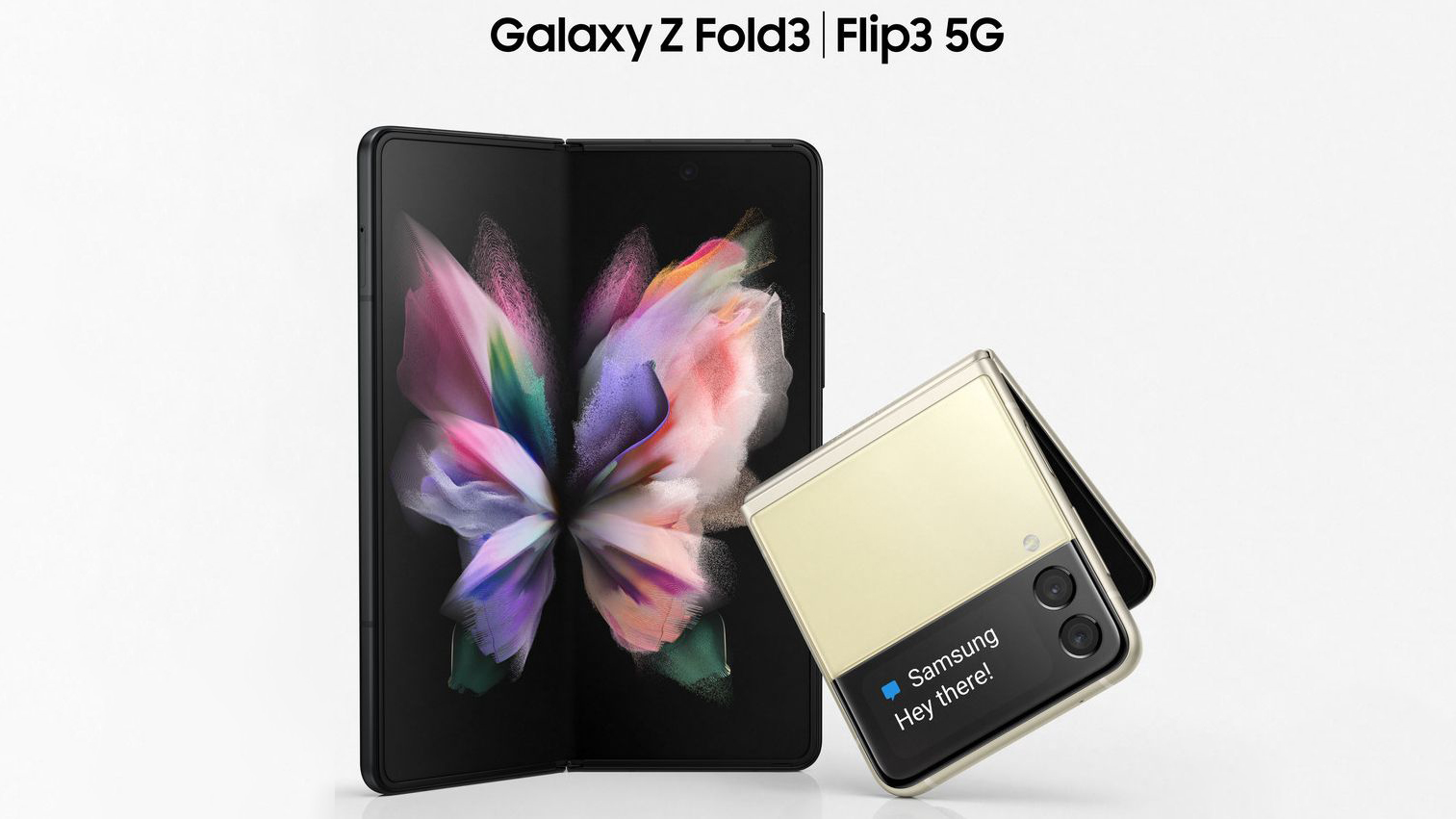 The Galaxy Z Fold 3 and Galaxy Z Flip 3 are Samsung’s next-generation foldable phones that will reportedly launch at the upcoming Unpacked event, and thanks to a new leak from popular Twitter tipster Evan Blass, we’re getting a glimpse of the two devices from a whole new perspective.

Over the weekend, Blass shared GIFs of the Z Fold 3 and the Z Flip 3 doing 360-degree spins and flips like professional snowboarders. The GIFs also revealed that the Z Fold 3 may come in green, white and black. The Z Flip 3 could also come in black and green, but adds two additional colors: lavender and gold.

Blass’ GIF leak gives a unique, early perspective on how the Z Fold 3 and Z Flip 3 look from all angles. The Z Fold 3 GIF seemingly substantiates rumors that the interior display will no longer house a distracting hole-punch camera; instead, it has an under-display camera that’s damn-near undetectable.

The Z Flip 3 GIF confirms its exterior display size is more than double that of its predecessor. One of the most common critiques of the current-generation Galaxy Z Flip is that its cover screen, which displays time, shows notifications, and even doubles as a viewfinder for selfies, is too small, so it looks like Samsung rectified this issue.

The next-generation foldables aren’t the only devices Blass leaked.

The Samsung Galaxy S20 FE is a hit among consumers who want some of the bells and whistles of the S20’s flagship specs without spending a fortune. As such, the Galaxy S21 FE is reportedly headed our way next month in four colors: white, olive green, purple and black.

Unfortunately, it seems like the Galaxy 20 FE’s red variant, a crowd favorite, won’t be an option for the S21 FE.

Finally, Blass may have spoiled Samsung’s plans to reveal the Galaxy Buds 2, which will likely compete with the long-rumored Apple AirPods 3.

As we reported last week, rumors claim that the Samsung Unpacked event will be held on August 11 at 10 a.m. Eastern Time. Stay tuned for our coverage of the highly anticipated Samsung event to find out if Blass’ leaks are factual.

When Is The Next New Moon? Your 2021 Calendar