Fish Tuburculosis (TB) – When to Worry & What to Do! 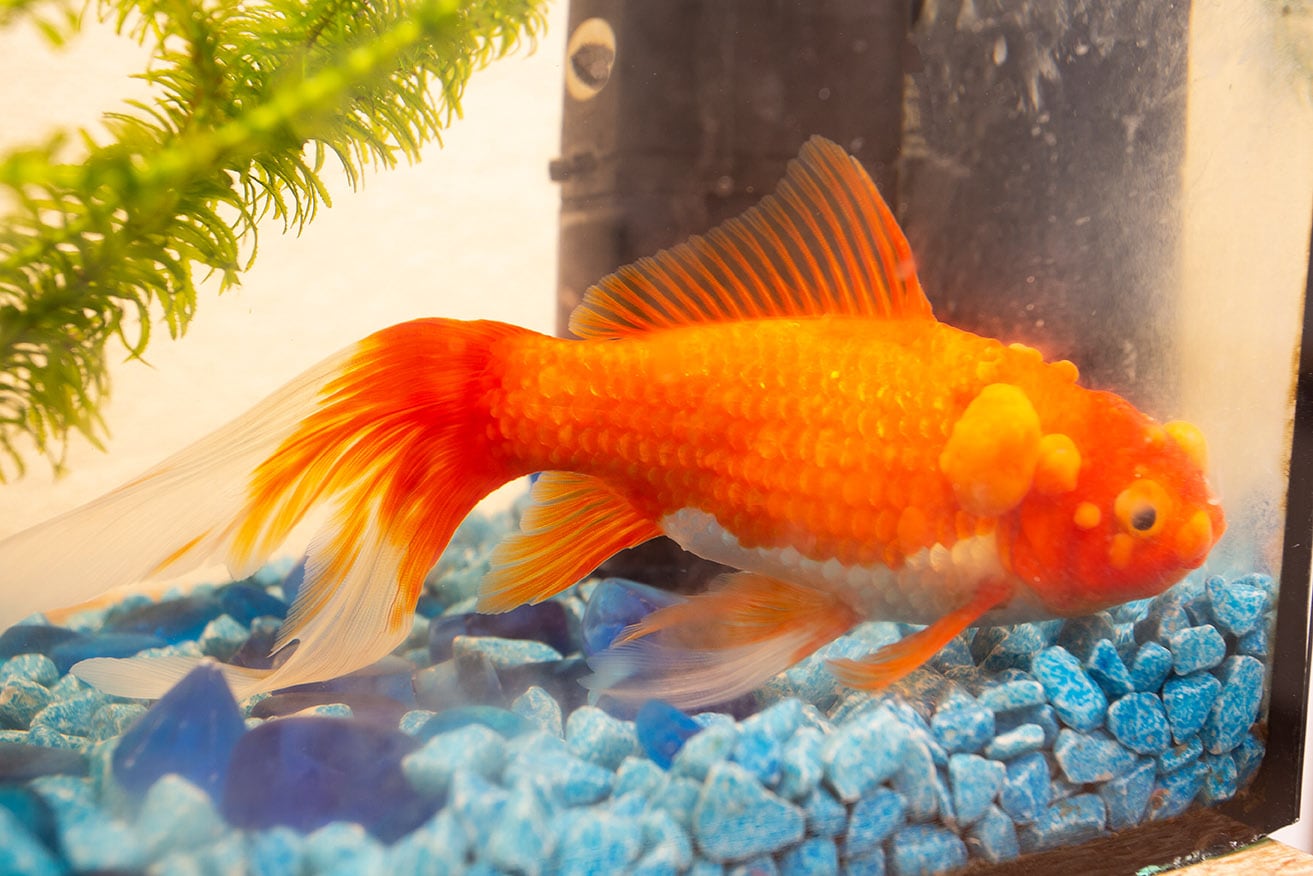 Fish tuberculosis, known as fish TB, is a tragic zoonotic illness that is lethal in fish and transferable to humans through contaminated water or open wounds. Fish TB is caused by a group of pathogens belonging to the genus Mycobacterium. Since this illness has the potential to be one of several pathogens, it can be passive carriers to at least 10 different Mycobacterium.

This dangerous illness has been known to transfer from fish to owner through poor handling. A sharp spine from a catfish or nip from a large predatory fish can transfer the illness to your open wounds where lesions have the potential to appear after several months once the bacteria has incubated inside of your system.

This illness can act fast, and your fish will deteriorate rapidly. This disease is highly contagious between different fish and the Mycobacterium can stay in the system of a healthy fish for several months without being detected. This makes it easily pass-through quarantine which usually lasts between a week to a month.

marinum is estimated to come from many global cases of infections from fish handling and environmental interaction. This guide will go in-depth on the common causes of fish TB and how it affects both our fish and has the potential to affect humans.

Fish TB is life-threatening for many types of fish and symptoms can vary depending on the strain of Mycobacterium. This makes it a difficult illness to treat as it can mimic the symptoms of many other fish illnesses.

What is Fish Tuberculosis?

It is the name of a fish that has been infected with the Mycobacterium spp. The Mycobacterium genus has a protective coating that makes most medications impenetrable. This illness is usually the result of frequent fish deaths unrelated to other illnesses or water conditions. It is famously known for killing off large groups of fish one by one in a short time.

Since this bacterium is hard to kill, aquarists will struggle to keep infected fish alive through treatment, and once a diagnosis is made it is usually fatal. A fish that is in the late stages of fish TB should be humanely euthanized as the process is extremely lengthy till they eventually pass from organ failure or starvation. If you suspect your fish has this illness, you should immediately isolate it in a hospital tank for treatments.

How Does it Spread?

This dangerous illness has been known to transfer from fish to owner through poor handling. A sharp spine from a catfish or nip from a large predatory fish can transfer the illness to your open wounds where lesions have the potential to appear after several months once the bacteria has incubated inside of your system.

This illness can act fast, and your fish will deteriorate rapidly. This disease is highly contagious between different fish and the Mycobacterium can stay in the system of a healthy fish for several months without being detected. This makes it easily pass-through quarantine which usually lasts between a week to a month.

marinum is estimated to come from many global cases of infections from fish handling and environmental interaction. This guide will go in-depth on the common causes of fish TB and how it affects both our fish and has the potential to affect humans.

Fish TB is life-threatening for many types of fish and symptoms can vary depending on the strain of Mycobacterium. This makes it a difficult illness to treat as it can mimic the symptoms of many other fish illnesses.

The Symptoms of Tuberculosis in Fish

The symptoms should not be confused with other treatable and less fatal diseases. If your fish is experiencing more than five of the following symptoms, they have most likely developed fish TB.

As one of the worst symptoms is wasting of flesh and skin lesions, it has also earned the title of being called fish corpse disease or zombie fish. These symptoms are painful and only worsen over time.

This is one of the most difficult pathogens to detect, even if you follow the recommended quarantine period. The infected fish should be sent for testing to see if the fish indeed has fish TB. The other healthy fish may also be incubating this illness even if they do not have symptoms.

How Fish Tuberculosis Transfers Between Fish

This illness can transfer rapidly through seemingly healthy groups of fish. It is mainly contracted by a non-infected fish consuming an infected fish’s poop. This is common as many fish think their tank mates’ poop is food and will give it a taste. It may also be present in the water column, filter media, and decorations inside of the tank. This makes it hard to prevent the tank from being completely infected once one fish falls ill from fish TB.

The Zoonotic Aspects of this Illness

Several forms of Mycobacterium are capable of being passed from fish to handler. This is exceedingly rare and treatable in humans, but precautions should still be adhered to. The illness is more concerning for those who have low immune systems, are pregnant or breastfeeding, currently ill, or have chronic medical issues that result in low immunity. Fish TB is transferrable through an open wound encountering infected water or any exposed tank equipment from an infected tank.

Practicing good tank hygiene is the best way to ensure that you are protected from the various Mycobacterium.

The best way to achieve this:

If you suspect that you have contracted fish TB or if your fish have the disease, seek medical advice.

There is no direct cure for fish TB. Your fish is very unlikely to live for long after you detect that they may have the illness. The symptoms, however, are treatable with the right medication. In the early stages, the most common symptoms will be anorexia, clamped fins, sunken belly, and enlarged eyes, and fin rot. This can mimic a parasite attack and bacterial infection and can be contained with a broad-spectrum internal parasite medication. You can also try and treat the illness with an appetite stimulate that is garlic-based for fish.

It is then recommended to treat your fish with the following medications once the illness has been discovered in a fish.

Add this into the hospital tank as recommended by the dosage amount on the label per liter of water.

This will help you to get your sick fish to eat.

Although these will NOT cure the illness as it is fatal, it is worth trying to save the remaining fish who are not showing any symptoms yet but maybe passive carriers. It is a difficult illness to deal with and will cause a lot of heartaches when the numbers start to go up. We understand that you will want to try a few treatments before euthanizing any suffering fish.

If a fish you are experiencing rapid deaths within your tank, you should get a deceased infected fish to the vet as soon as possible. The vet should then run diagnostic testing to determine the cause of death in your beloved fish. If the body has been tampered with by other fish, the fish will not be a particularly good test subject for histopathology testing

Large fish can be performed by coelomic surgery or even laparoscopic surgery. The granulomas can be visually seen and then will be taken for diagnostic testing.

The vet will use specialized acid-fast staining of the tissue to confirm the Presence of the Mycobacterium spp.

Cleaning an Infected Tank for Mycobacterium

If all the infected fish have been moved to the hospital tank, you should clean the main tank to free it from the remaining Mycobacterium. A one percent solution of Lysol solution will be the most effective at sanitizing equipment and the tank from infected systems. A two percent bleach soak for the tank should be done if you do not have access to the Lysol solution. These solutions will not be able to rid the infected items of the bacteria, but it is worth a try if you want to conserve the tank and any expensive equipment.

This is a heart-breaking illness for aquarists and one that is not fully understood by many fish keepers. Treatment is rarely effective, and it may be hard to keep infected populations under control. Although it is zoonotic, it is important to remember that it is not a common illness found in aquarists with only a few cases are reported. The Mycobacterium is also present in many lakes, oceans, rivers and can be found on raw fish. The best thing you can do is practice proper sanitation procedures and treat infected fish with our treatment sheet.

Worst case scenario, you may have to bin your infected tank and equipment and start fresh with a newly purchased tank. This may be difficult to go through with, but it ultimately will save future generations of fish.

We hope this article has helped you diagnose your fish and understand this fatal bacterial illness better.

Sarah Psaradelis is an avid young writer with dual passions for literature and animals. She enjoys sharing knowledge of animal care and helping others. Sarah has over 8 years of writing experience and is currently studying veterinary science. She resides in South Africa with her supportive partner who shares the same love for animals. She takes care of 25 fish, aquarium snails, dogs, and rodents. When she is not writing, she is researching animalsl or instructing a sports pole dance class. Sarah is a passionate vegan activist and animal rescuer pursuing her path to make the world a better place.