Photographer Jens Heidler has recorded a fascinating macro timelapse story of ladybugs hatching that gives viewers a rarely-seen glimpse into the lives of insects.

Heidler, who is both a photographer and YouTube creator, has previously shared several of his creative ideas — with a strong focus on macro photography and video — such as his shiitake mushroom timelapse or the 10-day cracking egg timelapse. On his YouTube channel Another Perspective, Heidler regularly uploads his experiments and tips for others who want to try these ideas at home, too.

In his latest video, Heidler experimented with hatching ladybugs and recorded the process alongside other clips of the ladybug lifecycle. He tells PetaPixel that the whole process took him seven days and he used two cameras at an extreme macro distance — the size of one ladybug egg is approximately 1 millimeter (0.04 inches) across. The macro images were taken at f/16 at 3:1 magnification every 10 seconds. 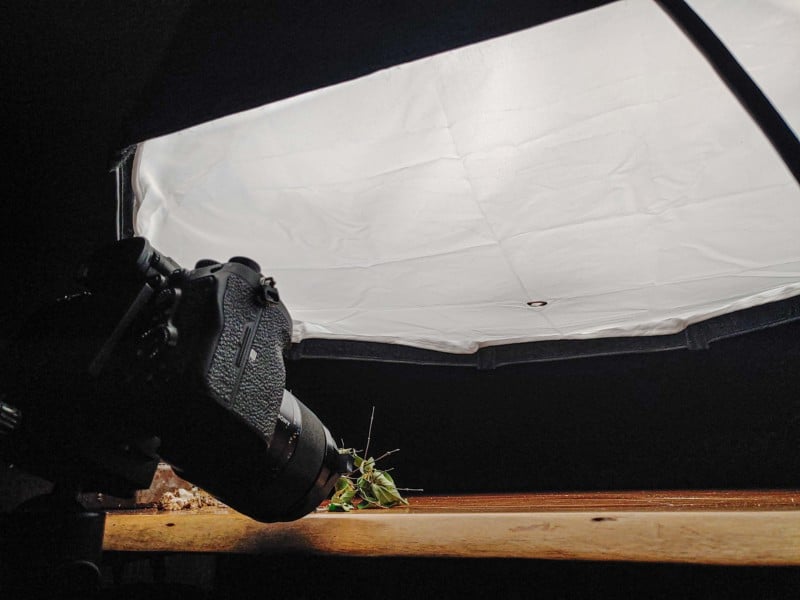 Typically, Heidler looks for egg clusters when he wants to create timelapse or macro photos of the insect world. But, when it comes to ladybug eggs, he had to be on a lookout for areas that had a significant number of aphids, one of the ladybug’s favorite prey. Ladybugs tend to gather around them and during springtime and will mate and lay their eggs near them. 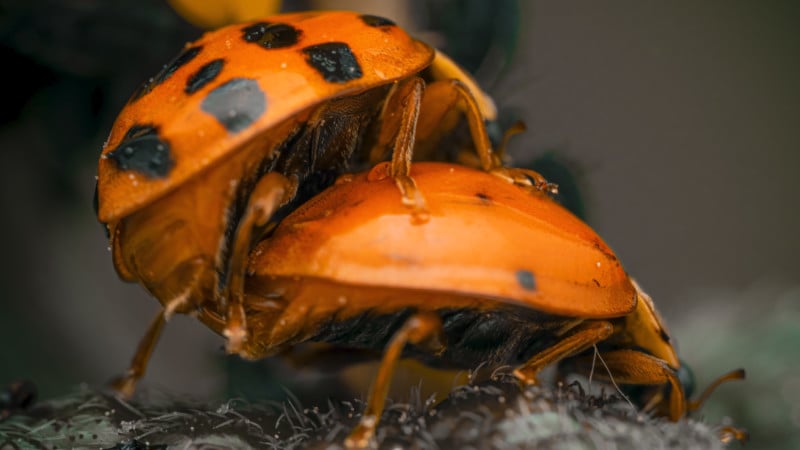 Once he found the right location, he looked at the underside of leaves in the area since the chances were high he would find ladybug egg clusters situated there. After finding a cluster, he brought it into his studio for the project.

Heidler explains he had to be careful to firmly affix the leaf the ladybug eggs were on. Otherwise, as the leaf starts to dry and curl, it moves and can cause focus issues. In this case, Heidler says that the recording process went mostly smoothly, although he had to slightly readjust the focus after the first day. 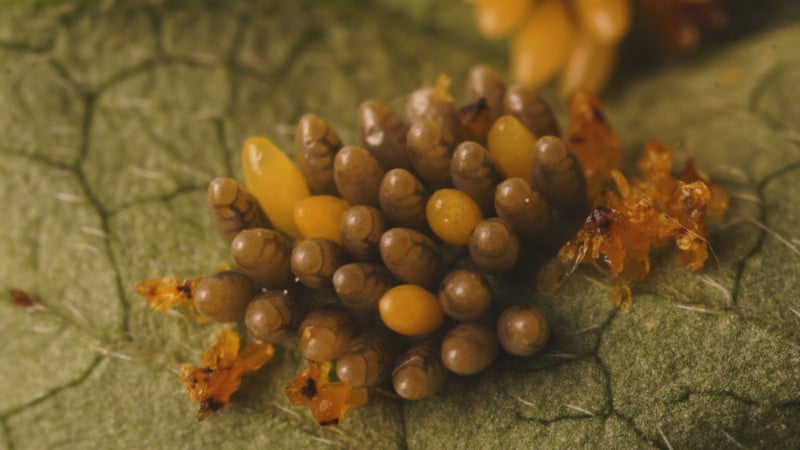 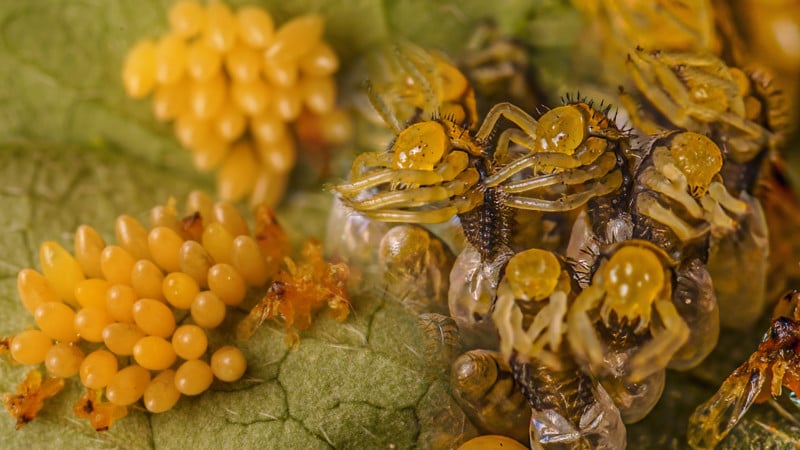 Always eager to experiment with the natural world and its wonders, Heidler says that when he discovers another egg cluster in the future, he will gladly repeat the process and see what comes out of it. Although for this video he intentionally sought ladybug eggs, a lot of times he doesn’t know what kind of insect is about to hatch, which can be a great surprise at times.

It should be noted that the insects Heidler captured above might not be ladybugs, but instead Asian lady beetles — they are often mistaken for one another due to how similar they look. Both species of beetle feast on aphids, but Asian lady beetles are far more aggressive, cluster together more often, and will secrete a foul-smelling yellow liquid when threatened. Asian lady beetles are also considered invasive in many environments. The difference between the two insect species does not take away from the quality of Heidler’s macro timelapse, howver.

Image credits: All images be Jens Heidler and used with permission.

How To Tell A Hermit Crab’s Gender (with Pictures)

15 Garlands, Bunting and Banner for your Wedding

Until The Corn Grows Back