To keep people from walking on his lawn and inhibiting its growth, Inventor and YouTuber Ryder of the YouTube Channel Ryder Calm Down built a people-detecting smart camera rigged to a sprinkler system that would spray those who got too close.

Ryder explains that the city where he lives inexplicably removed a chunk of sidewalk from the front of his house, leaving only unsightly dirt.

Rather than relying on a sign, Ryder decided to take a smart camera system and rig up a different kind of “solution.”

As previously reported, Ryder had developed a artificial intelligence-powered camera in the past which he trained to recognize dogs and, once one was detected, yell compliments at it and its owner. That system was built on the Raspberry Pi camera and a Raspberry Pi, which worked together to analyze subjects using a pre-programmed machine learning system that was able to recognize about 80 different objects including people, cars, and dogs. 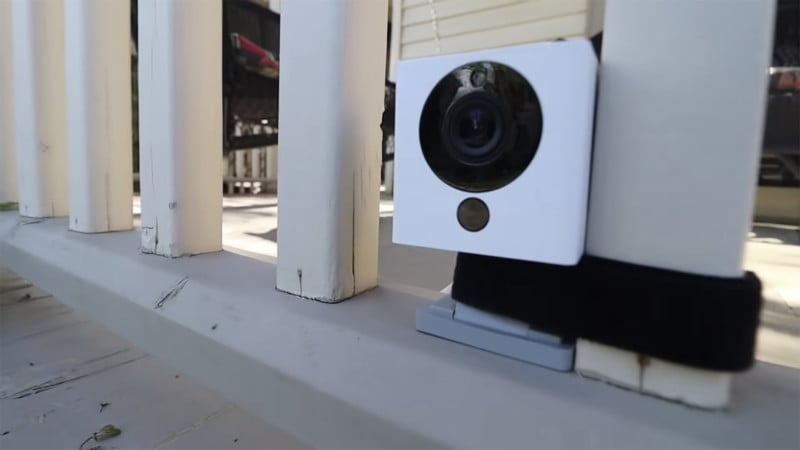 Ryder applied the same idea to a Wyze camera running custom firmware which he used to recognize a host of objects including people. When they were detected, it would activate a sprinkler that he believed would deter the people from walking on his growing grass.

“There is no teacher quite like fear,” Ryder says, jokingly. “So I’m using artificial intelligence to turn my sprinkler on only when people walk on my lawn.” 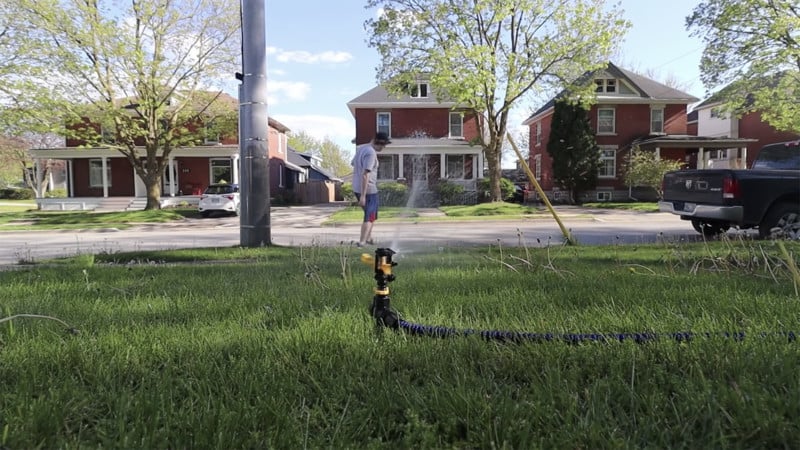 Is this solution ethical? No, and Ryder recognizes as much. He calls it a “highly unethical waste of his engineering degree.”

“I made this for entertainment only. The people you see in the video, even the ones portrayed as the public, have all agreed to be in the video prior to filming,” he writes in his video’s description. “I wouldn’t recommend you actually build anything like this yourself, I just wanted to make a video that I thought was entertaining.”

Even though the solution isn’t one he actually depoyed for obvious reasons, the application of machine learning through intelligent camera systems is still impressive and, of course, entertaining.

More of Ryder’s inventions and videos can be found on his YouTube Channel.

When's the Last Time You Checked Your Website's Health?