Dua Lipa Sued by Paparazzi For Sharing Photo Without Permission 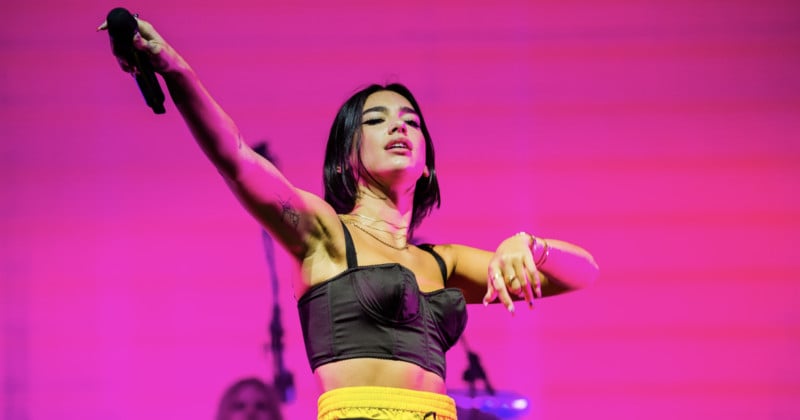 According to United States court documents, Dua Lipa shared a photo of herself that was captured by paparazzi “without permission or authorization” when she posted it to social media. The paparazzi firm is seeking $150,000 in damages and has asked for a jury trial.

Lipa is a popular singer who has been nominated for thirteen Brit Awards, eight Grammy Awards, and seven NME Awards, winning five, three, and one respectively.

The BBC reports that Lipa posted the photo on her Instagram account on February 7, 2019, about four days after the image was taken. She later deleted the photo, which depicted the pop singer at the airport “clutching her airline ticket and passport, while wearing an oversized hat.”

“I’ll be living under big fluffy hats until further notice,” the caption read.

Integral Images, the paparazzi firm that represents the photographer who captured the photo, says that Lipa has profited from the photo since Instagram acts as a means of marketing for herself and her music. Integral applied for a copyright for the images and the request was granted in February of 2021, and the company now claims Dua Lipa knowingly published the photo to her social media without permission.

The BBC obtained court documents that show Integral claims her Instagram account is “monetized in that it contains content designed to accumulate followers who are direct to, via link and/or advertisement, consume and purchase [her] content.”

While paparazzi photographers often carry a negative connotation when compared to other “press” photographers, the same rules about image copyright and ownership apply. If an image is captured legally, the photo is owned by the photographer or agency and cannot be used for the sake of profit regardless of the subject without licensing it or receiving express permission.

The BBC notes that Lipa is not the first celebrity to be sued by paparazzi. Gigi Hadid, Liam Hemsworth, and Khloe Kardashian have apparently faced similar cases, as did Ariana Grande and Justin Beiber who settled with complaints brought by photographer Robert Barbera. Jennifer Lopez was sued by Splash News and Picture Agency for a similar infraction, but the company voluntarily dismissed the complaint without prejudice.

Many celebrities falsely assume that if the photo is of themselves that it can be shared without compensating the photographer. A notable example of such a case involved NBA star Lebron James, who was sued by courtside photographer Steve Mitchell when the basketball player published one of Mitchell’s photos to his Facebook without licensing it. Mitchell sued James for any money made off the post or $150,000 for each time James used the image. James counter sued for $1 million to cover attorney fees but eventually settled with the photographer.

Which crypto exchange has the best customer support? We investigated Coinbase, Binance US, Kraken and more