Do Pandas Make Great Pets? What You Need To Know 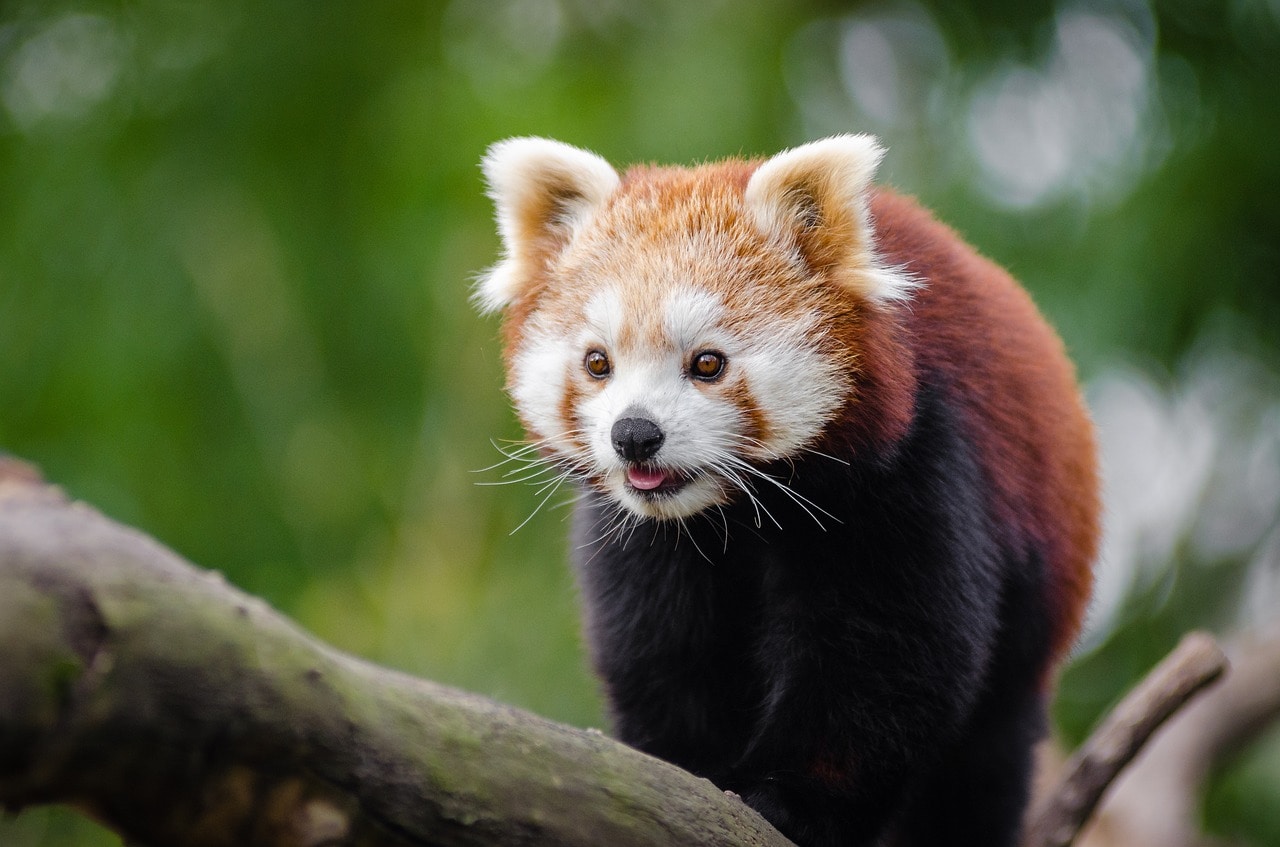 Pandas may look cute and cuddly, but that doesn’t necessarily mean that they would be a suitable addition to your home. As vulnerable species, these natives of China are protected by law; it is illegal to kill or capture a panda. Still, if you’ve ever imagined what it would be like to have a pet panda, this article is for you. We will discuss the two panda species, the Red Panda and the Giant Panda, before weighing whether or not pandas would make suitable pets.

Before we discuss whether or not pandas make suitable pets, we should point out that there are two types of pandas! Both species originated in China and have the word panda in their name, but otherwise, they couldn’t be more different.

When you hear the word panda, you might immediately picture the large, lovable, black and white pandas that have been in the news as an endangered species. These animals are giant pandas and they are native to southwest China. Although baby pandas are hardly larger than kittens when they are born, they grow up to be massive animals. Female giant pandas can weigh up to 200 pounds, and males will weigh as much as 300 pounds.

The giant panda was designated as an endangered species in 1990 and was only removed from the endangered list in 2016. Although they are no longer endangered, giant pandas are still considered to be vulnerable with only 1,864 left in the wild.

Although these fascinating creatures may be called pandas, they look nothing like the famous giant panda bear. Giant pandas are members of Ursidae, the bear family. Red pandas, meanwhile, were initially classified in the same taxonomic family as the raccoon. If you’ve ever seen a red panda, you won’t find this too surprising; red pandas look a lot like raccoons. However, the red panda is closely related to neither bears, such as the giant panda, nor raccoons. Eventually, it was re-classified into its very own family taxonomic family, Ailuridae. These animals have no close relatives that are alive today; their closest ancestors last roamed the earth 3-4 million years ago.

The red panda’s natural habitats are mountainous regions such as the Himalayas where bamboo is plentiful. In addition to China, they can be found in Myanmar, India, Tibet, and Nepal. Like the giant panda, the population of red pandas in the world is dwindling. They are considered to be an endangered species. One of the main reasons for their endangerment is loss of habitat. Red pandas have also been poached for their fur and caught up in illegal pet trade.

Now that you know a little bit more about pandas, let’s get to the bottom of the question of whether or not pandas would make great pets. If you have ever thought about trying to bring home a giant panda, you are unlikely to pull it off for many reasons. The biggest reason is that you won’t be able to get your hands on one; every giant panda in the world, even those in zoos here in the United States, is owned by China.

As for red pandas, it is illegal to adopt these animals as pets no matter where you live. Given that there are around 5,000 individual red pandas in the world, you would have a very hard time finding one even if you could.

Let’s put those obstacles aside for a moment. What would it really be like to have one of these animals as a pet?

1. They can be dangerous.

Many people think that pandas are cuddly creatures, but they can actually be quite dangerous. Both giant pandas and red pandas have very sharp claws. Giant pandas also have very strong jaws. Those weapons combined with their sheer size would spell trouble for you if they felt threatened. Even if your panda did not harm you, it’s likely that it would tear up your home very quickly with those claws.

2. You would spend a lot of money on food.

Aside from the initial cost of purchasing a panda, you would need to be prepared to spend a lot of money on food for your panda. Both giant pandas and red pandas eat bamboo, which is not readily available in many parts of the world—and they eat a lot of it. Giant pandas need to eat about 20-40 pounds of bamboo per day. While a red panda doesn’t need nearly as much food as a giant panda, it can eat up to 30 percent of its body weight in bamboo each day.

Zoos supplement fresh bamboo with special concentrated pellets, but as you can imagine, those are very expensive. Zoos can spend around $100,000 a year just to feed their pandas.

How big is your backyard? The European Association of Zoos and Aquaria recommends an outdoor enclosure for red pandas that is at least 860 square feet large. They need to have constant access to an indoor shelter, and they may require air conditioning in hot weather. Meanwhile, the giant panda needs about 44 square miles to roam.

Both giant pandas and red pandas are solitary creatures. Unless they are mating, they do not spend very much time with other animals of their own kind. They certainly would not be very happy living in close quarters with a human. Unlike a pet dog or cat that is content curling up with you on the couch, a giant panda or red panda would be much happier outdoors in its natural habitat.

In conclusion, even if you could adopt a giant panda or red panda, these animals would not make very good pets. They are too dangerous, expensive, and require too much space to be positive companions for most humans. Most importantly, keeping one of these animals is illegal due to their status as vulnerable and endangered species. One of the best ways to spend time around these animals and ensure they are getting adequate care is to visit them at a nearby zoo. By supporting organizations that work to protect pandas, you can help make sure that these species are here to stay for future generations.