Do Ocelots Make Great Pets? What You Need To Know! 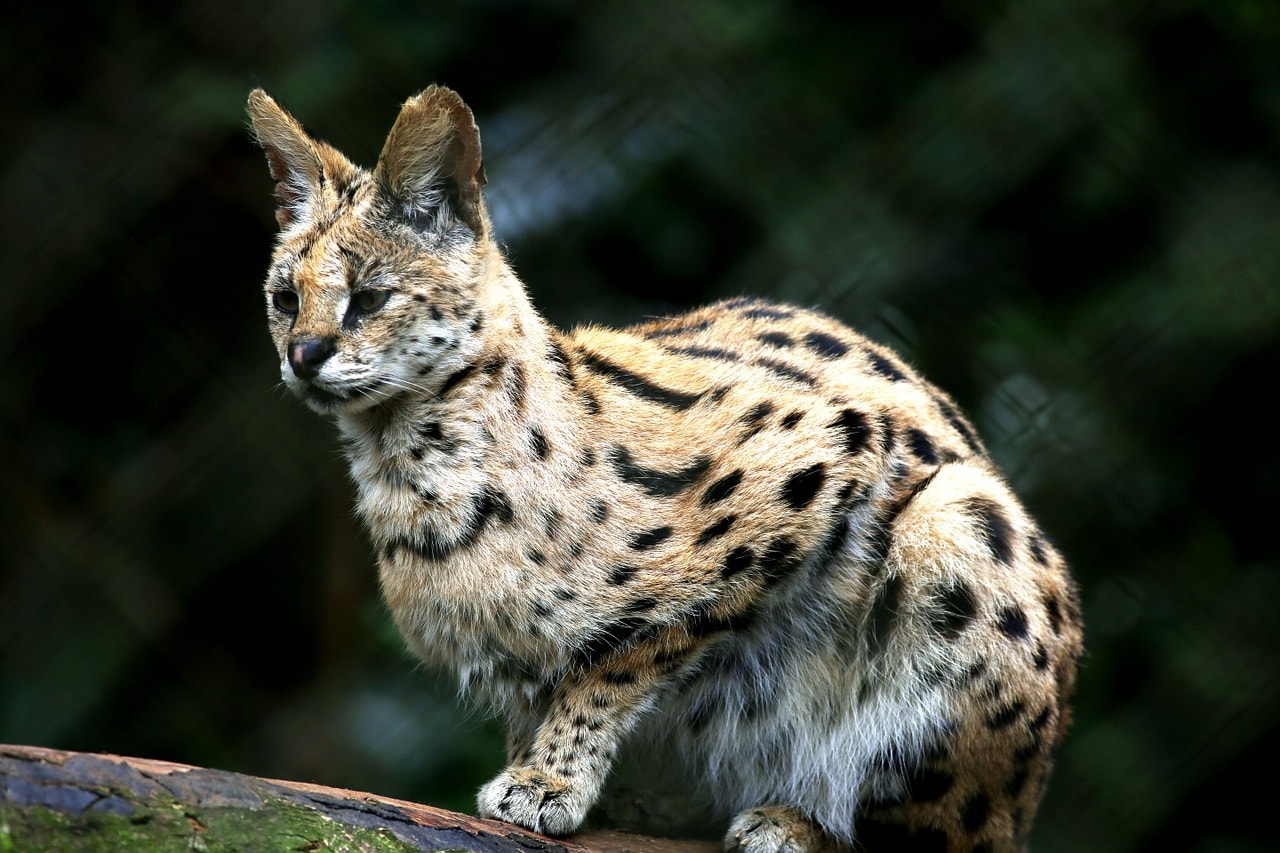 Exotic animals have a particular pull that people just seem to gravitate to. It’s easy to understand, given the incredible colors and patterns some exotic animals possess. Owning an exotic animal is a status symbol, but they can also make good pets in certain situations. Granted, not every exotic animal will become a good house pet. Most will actually make awful pets! Exotic animals tend to be destructive, wild, difficult to control, noisy, messy, and even dangerous.

Despite this, people keep seeking out these incredible creatures to keep as pets, and wildcats are towards the top of the list. As far as wildcats go, the ocelot isn’t too menacing, though it’s far larger than your average housecat. But do ocelots make good pets? Let’s dig a bit deeper into this exotic animal and see if its traits add up to a great house cat or a feline that’s better left in the wild.

A Bit About Ocelots

Ocelots are medium-sized wildcats with coats that display patterns similar to those of a jaguar or puma. In the wild, ocelots have an average lifespan of about 7-10 years, though they can live past 20 in captivity. You’ll find ocelots naturally dispersed across South America and much of the southwestern US.

On average, these cats weigh 28-35 pounds with males weighing a bit more than females. They stand 16-20 inches tall and 28-35 inches long, making them similarly-sized to some of the largest domestic house cats.

For many years, the ocelot was an endangered animal and strict regulations were put into place restricting the sale, transport, keeping, and hunting of the species. However, global populations began to flourish, and the ocelot was moved up to the IUCN Red List conservation rating of least concern. That said, the population trend is currently decreasing, so it’s unclear what the future holds for the ocelot.

Is it Legal to Own an Ocelot?

In some places, owning an ocelot is completely legal. Other jurisdictions have strict laws surrounding keeping them as pets. You might be required to get permits or pay fees in order to do so. But some places have outright banned them as pets, including Alaska and New England. If you decide that owning an ocelot is right for you, then you’ll want to make sure to do some thorough research into the legality of keeping an ocelot as a pet where you live.

11 Problems with Ocelots as Pets

Keeping exotic animals like ocelots as pets comes with a lot of hazards. From strong odors to behavioral problems, be prepared to deal with the following 11 drawbacks of ocelot ownership.

1. Ocelots Hunt All the Time

In the wild, ocelots spend the majority of their time hunting. Your ocelot will also want to spend its time hunting, which means that all of your neighbors’ pets are now at risk! You can mitigate this with toys and lots of engaging games that help simulate hunting or killing, but you’re never going to rid your ocelot of the desire to hunt.

Ocelots and all wildcats produce waste with much stronger odors than your average housecat. Expect the litter box to be a source of serious stink, as these cats are known to produce some very strong smells.

3. Scent Marking Is an Issue

We just mentioned how strong the odors from an ocelot’s waste are, but consider that your ocelot wants to mark that scent all around its territory, even where it sleeps. You can train your ocelot to avoid this behavior, but it’s a very strong natural instinct, so you’ll have to start training very early in your ocelot’s life and make sure you’re very consistent with it.

Young ocelots stay with their mothers much longer than other cat species in the wild. Separating a baby from its mother early can result in many behavioral problems.

5. Ocelots Are Extremely Dependent and Needy

Ocelots require a massive amount of attention and interaction. You’ll need to be spending hours each day paying personal attention to your pet ocelot. If you don’t, it will start to scream, and ocelots can be very noisy. This behavior is even worse in ocelots that were separated from their mother, as is the case with most ocelots kept as pets.

Wildcats all make terrible pets because of their destructive natures. They tear things apart and scratch up walls. Their claws will destroy carpet and furniture, even unintentionally. Ocelots will attempt to scent mark all around your home, and they’ll chew on anything they desire. These cats also love to climb, so make sure you take down anything fragile or risk it getting knocked to the floor by your mischievous ocelot.

One thing you can’t forget about is medical care. Ocelots, as well as other exotic pets, require special care that’s beyond the scope and knowledge of your average veterinarian. As such, you’ll need to seek out a qualified exotic animal vet to deal with your ocelot. Naturally, these vets cost considerably more than your average vet, and you’ll probably have to drive a lot farther to reach the facilities.

When was the last time you saw an ocelot for sale at your local pet store? The answer is certainly never, and you probably never will. You’ll have to find an exotic pet dealer if you wish to purchase an ocelot.

Even if you manage to meet an exotic pet dealer, you’ll have to find a small fortune to shell out for your ocelot, as they can command prices up to $20,000. You can get them cheaper, but the less you pay, the more likely you’re getting a problem animal. Still, average ocelot prices range from $1,500 to $15,000, depending on the health, age, and size of the ocelot, as well as many other factors.

In the wild, ocelots eat other animals. They hunt these animals down, kill them, and then consume them. Your ocelot will still have a strong instinct and desire to do the same. Instead, you’ll have to provide our ocelot with the same nutrition it would be getting, which can be very difficult. You’ll probably have to supplement with taurine and feed your ocelot lots of organ meat.

Why Keep an Ocelot as a Pet?

Despite the many problems that can occur with ocelot ownership, there are some perks that ocelot owners get to experience. Many ocelots turn out to be incredibly affectionate and loving companions, even if they are extremely needy.

If you’re the type of person who is head-over-heels in love with ocelots, then having one that needs you every day and wants to cuddle up on your lap and suck on your finger might be the greatest reward you could ask for. But not everyone is able to meet the excessive obligations of keeping an ocelot as a pet, so make sure that you’re truly prepared for such a responsibility and you’re not just caught up in the excitement of owning such an exotic pet.

The truth is that pet ownership is highly subjective. What one person considers to be a great pet might be an awful fit for someone else. For example, not everyone wants to care for a large lizard that won’t ever cuddle up on the couch with you, but others become obsessed with their reptiles and can’t get enough of them.

All this to say that ocelot ownership is a very difficult road that requires incredible investments of time, effort, and money. It’s not for everyone, but if you’re the right type of person, then it could be rewarding for you. Just be certain that you really understand what you’re getting into before you pull the trigger. Once you bring an ocelot home, you’re in it for the long haul, which could be two decades or more.

The Personalized Shopper App that Helps You Stay Trendy

15 Garlands, Bunting and Banner for your Wedding

Until The Corn Grows Back