Do Koi Eat Other Fish? What You Need to Know 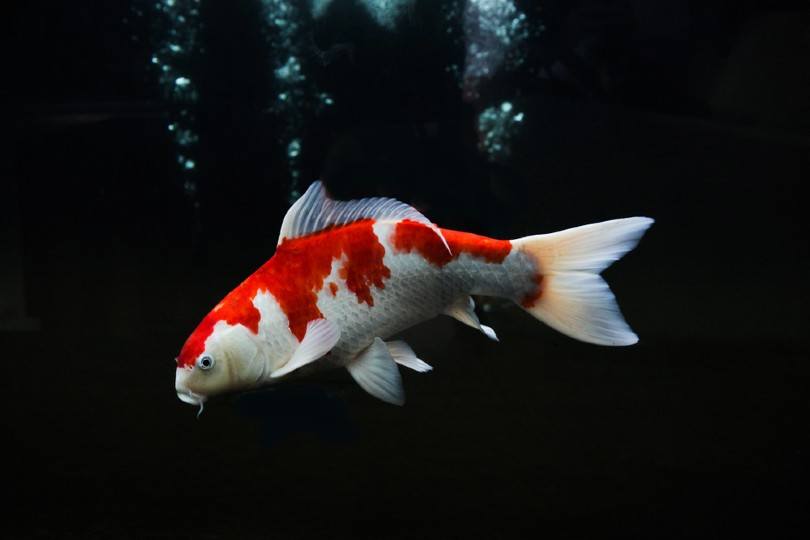 Koi fish are often used in ornamental ponds and outdoor water gardens. They were initially bred in Japan for their bright coloration. At first, these fish could only be found in black, blue, white, and red, but now they can be found in different combinations of every color. Although koi have been bred in Japan since the 1600s, it wasn’t until the 1900s that they started to be bred in the United Kingdom, Europe, and the United States.

If you are thinking about starting a koi pond, you may be wondering what koi eat and whether they cohabitate well with other types of fish. Although koi are gentle fish, they are also omnivores, which means they may eat smaller fish. Keep reading to find out more about koi, what they eat, and the best fish to pair them with.

How Big Do Koi Fish Get?

The simple answer to the question of whether or not koi eat their young is yes, they are known to eat their babies. However, they don’t necessarily do it on purpose. As omnivores, koi eat both plant and animal matter, such as algae, bugs, and flies. When their young are still eggs or koi fry, the mature koi may not recognize them as their own and thus may consume them as though they are organic matter or another small creature.

Eating their own babies could also come down to desperation; although koi are relatively large fish, they have fairly small mouths. If you give them food that is too large, they won’t be able to eat it. In that case, their own eggs would serve as a viable alternative.

Although it sounds terrible to humans, plenty of animals—including fish—eat their own young. If you have limited space for your koi, it may not be such a bad thing to allow your mature koi to control the koi population in your pond. If you want to prevent your koi from eating their babies, the best thing you can do is to remove the babies from your pond and put them in a separate tank. If you have your koi in a tank, you could use a partition to separate the baby koi from your mature koi.

What Other Fish Will Koi Eat?

Baby koi are not the only kind of fish that a mature koi will eat. Be mindful that if you want to keep any of the following fish in a tank, pond, or water garden, you risk them becoming food for your mature koi.

If a mature koi will eat its own babies, it certainly won’t have any problem eating fry of other species. If possible, you should only add mature fish to your koi pond.

Minnows are popular freshwater tank fish because they are hardy and low-maintenance. However, many species of minnow are very small fish. Fathead minnows, for example, only grow to be about 3 inches long. At such a small size, they are very easy food for your koi.

Similar to minnows, guppies are popular fish for beginners. As they come in a multitude of colors, they can make wonderful additions to your home aquarium or water garden, but not if you also have koi; at 2.5 inches long, the risk of your koi eating guppies is high.

Most species of goldfish are actually fine to keep with koi as long as they are around the same size, but you should avoid pairing the fancy variety of goldfish with koi. At 8 inches long, these fish are a bit bigger than other fish on this list; however, they are very slow, which means they would be easy for koi to catch. Fancy goldfish may be especially appealing for the larger varieties of koi.

Although you may not think of koi as being predatory fish, they are opportunistic eaters that will eat any suitable plants or animals that are available to them. This means they will sometimes eat other fish, including their own babies. Our list of fish that koi will eat is likely not exhaustive. When selecting cohabitants for your koi, be mindful of their size and always avoid introducing juvenile fish to your koi pond.

How To Have a Healthy Summer - It Starts With Coffee